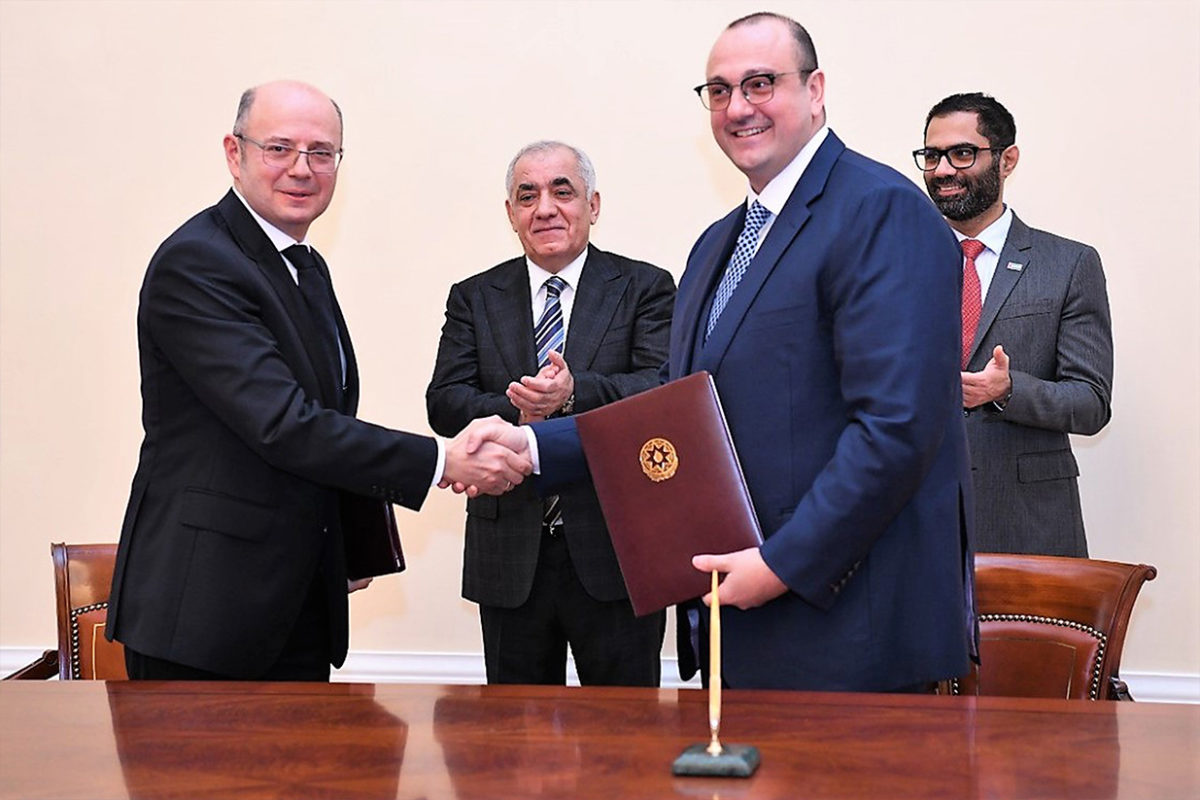 Masdar has been chosen to start up Azerbaijan’s solar market with a large-scale pipeline, the latest such assignment of a recent series in the Caucasus for the United Arab Emirates (UAE) player.

On Thursday, top figures in the Azerbaijani government gathered to rubberstamp an agreement that will see Masdar develop a 200MW solar PV pipeline in the republic.

Masdar’s contract was one of two signed with Azerbaijan’s prime minister Ali Asadov in attendance, as a separate deal was inked for Saudi Arabia’s ACWA Power to deploy a 240MW wind project.

The agreement will have Masdar deploy and run the 200MW solar plant some 75 kilometres southwest of capital Baku.

The UAE firm explained the plan is for the project to hit financial close by the end of this year, and start supplying Azerbaijan’s grid by 2022.

Masdar’s contract win in Azerbaijan follows the deal it signed last month to deploy a 400MW PV pipeline across the border in Armenia, whose solar market also lies at its earliest stages.

The dual tender is meant to unlock 1.4GWh-a-year of renewable electricity in Azerbaijan, a landlocked former Soviet republic home to nearly 10 million people.

The country picked solar winner Masdar and wind winner ACWA from an initial pool of nine foreign energy players, with the bids later whittled down to two through a three-stage selection process.

In a statement, Azerbaijan’s Energy Ministry explained the first stage ranked applicants based on whether they proposed prices “in accordance with the tariffs established in the country.”

Meanwhile, the Ministry added, the second stage scored the foreign bidders according to the investor guarantees, project location and grid upgrade plans each had put forward..

The tender is meant to boost an as-of-yet slumbering renewable sector in Azerbaijan, which is being assisted on this front by the European Bank for Reconstruction and Development (EBRD).

According to the EBRD’s estimates, the country had only six solar projects – a 28MW fleet overall – operational as of March 2019 but could host a 8GW PV market given its potential.

29 November 2022
PV ModuleTech EMEA in Madrid on 29-30 November 2022 will address the factors underpinning the changing PV module landscape, gathering together all the key stakeholders across the value-chain from module production to field testing. Join us for presentations from the leading players in the sector, clearly identifying the opportunities and challenges set to impact module supply to Europe and the Middle-East over the next few years.
azerbaijan, caucasus, central asia, eastern europe, ebrd, european bank for reconstruction and development, masdar, pv power plants, pv projects, solar pv, uae, united arab emirates