Calling all Corporates: US solar needs you 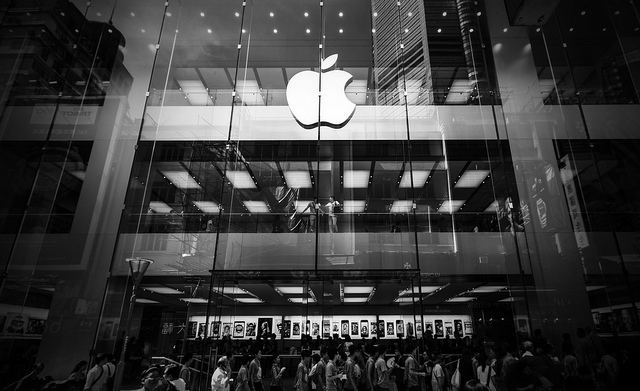 Google, Apple, Microsoft, Amazon and Facebook are well-known corporates who have committed to hefty sustainability initiatives, but the overall list of conglomerates who are involved in renewable energy, other than those with a shallow need to be ‘seen to be green’, does not extend much further.

On a deeper level, a handful of power multinationals have realised the incredible value proposition that renewable energy sources present in contrast to expensive and environmentally-adverse electricity sources.

Apple Inc. in particular has gone as far as to sell its own solar power under a new subsidiary named Apple Energy LLC. as well as owning a 50MW plant that will be used to compensate for the power consumed by the iPhone manufacturer’s Mesa data command centre. In addition, the company has also committed to 100% renewable energy across all its operations worldwide. In a similar vein, rival enterprise Microsoft recently announced a pledge for 50% clean energy across all its data centres. Target has added nearly 70MW of solar so far in 2016 – more than any other US retailer in all but 10 states, according to the SEIA.

Whilst there are evidently corporates involved in the industry, solar still remains somewhat of an enigma to businesses outside the industry.

A coalition of finance experts spoke to PV Tech and revealed ways the industry can work to make the technology more widespread to those all-important conglomerate companies.

Tax equity is an integral part of the US solar life-cycle, as it is the only consistent federal subsidy available for renewables. Tax equity has been responsible for the tremendous flow of capital into solar projects and installations that arguably would not have happened otherwise. Whilst not the perfect financing mechanism due to its complex accounting tendencies and various inefficiencies, most would agree it has given solar a much-needed boost. But in order to extrapolate more value out of tax equity, it follows that some of the nation’s biggest investors – corporates – should get involved.

“We would like to see more corporates become involved in the tax equity business,” said Matt James, managing partner at Roundrock Partners. “To date, it has largely been made up of financial institutions and there have been some corporate entrants but in general it would help to diversify this market. Google has, Apple has; in terms of being tax efficient and basically buying their own solar and wind farms. But really what the market could use is a much more diverse corporate base of tax investors.”

Tax equity is a nice yielding asset that also checks the box of environmental stewardship, and is therefore an ideal way to target corporate involvement.

Scott Reising, managing director of Baker Martin Capital told PV Tech the answer to boosting corporate participation lies in education: “A lot of people say they want to be green and environmental and they say they want to be sustainable, but I think it is going to take more of a macro understanding in general publications, not just in solar blogs and the solar industry where you and I speak, but in the Wall Street Journal, the Washington Post, the New York Times, the Economist, all of those well-known publications where people look to get not just opinion but fact, are struggling with dialogue of 'what is solar' and what is the proposition.

“Until that language changes a little bit, and people realise it does pay for itself and it does work, you're still going to have a little stagnation which some may call misinformation in the market. The focus on that corporate side is reading those articles in the mainstream and then they have some solar people come by in an evangelical way and say let's change the world; it does work. So they are getting a mixed message. Until the mainstream message actually gets more informed and can start producing articles and fact that says solar is basically at grid parity, it is really a question of present value that is hard for the general public to understand.”

The need for education and the spread of the message of solar was echoed by Akamai Technologies’ senior director of environmental sustainability, Nicola Peill-Moelter: “What needs to happen is an education of the markets that are similar to the Googles and the Facebooks – so the industries that have very large power loads and have exposure to volatile electricity prices. If they can do direct power purchase agreements – and granted that's only available in select deregulated markets – educate those markets with the developers to help them lock in fixed long-term costs to help them hedge that volatility to see that it's a very good business decision; not just, hey, we are doing good for the environment.”

One size does not fit all

It is evident that the sharing of knowledge is helpful in accelerating the adoption of renewables by companies. But spreading the word alone is not enough. But because each company differs so greatly, it is near impossible to find a streamlined, ‘one-size-fits-all’ approach.

“What else would it take? Such a variety of things,” explained James. “The yields are already there, but unfortunately it differs so dramatically from corporate to corporate. But I think where we’ll likely see more corporate involvement is around international companies that have drivers related to their environmental footprint.”

Another problem for a lot of corporate bodies is the need to make a great return on an investment with immediate effect. This notion is somewhat contrary to how solar works, as it is something that needs to be seen through long-term. This nature in itself can be off-putting to big Fortune 500 companies that seek instant gratification.

“The way it works in the US is the mentality that because solar can change, you have to provide a great benefit and a great saving. If you provide 1% saving that is not enough; they need 5, 10-20% savings today in your first year, and then you want to see even more savings as that goes on for 10-20 years, but most people are relatively short-sighted, so they are not going to look out for that 20-year period.

“Because of that misinformation in the marketplace you have corporate folks say to themselves, we'll just pay the current utility rates which might be kind of high and cost us a lot on the peak side, but you only pay it every year right? They don't feel like they are paying it over the long-term, they could always go solar next year or five years from now or something like that. So as change is slow, there isn’t true understanding of how much they can save, and why this would be a smart thing to do sooner rather than later.”

Until that misnomer about how solar works is remedied, corporate growth in the industry will grow, but will not accelerate in any major way, Reising continued. “It is really different because there are so many factoids and ways to look at it and sell your proposition and so present value is hard to understand. Levelised energy cost is another one; everyone is in a different regulatory market throughout the US, in a different state and local market; so there are challenges there to make those folks understand. There is community solar now, there's utility-scale that is changing, and there is the corporates who could just do solar on their own rooftop for example. There is a tonne of quantitative ways to try and analyse this, and that makes it complicated. It is not as simple as we would all like it to be.”

However, the good news is that as solar and other renewables inch closer to grid-parity and beyond, the question will no longer be just one of sustainability, but will be a sound financial opportunity that cannot be ignored and will attract the right investment in and of itself, according to Citigroup’s managing director Mike Eckhart:

“I believe the actual financial economics where solar and wind cost less than utility-supplied retail electricity today in many locations will drive adoption. The most powerful aspect of the financial economics is that the price is locked in for 15-25 years. That is tremendous; that is worth as much as the low price today, the fact that it's locked in for many, many years. So this is not only a good investment within sustainability, it's also just a good financial investment period.”

The finance experts featured in this article will be speaking at Solar Media’s Solar Finance & Investment USA event on 25 & 26 October. More information can be found on the event website here.