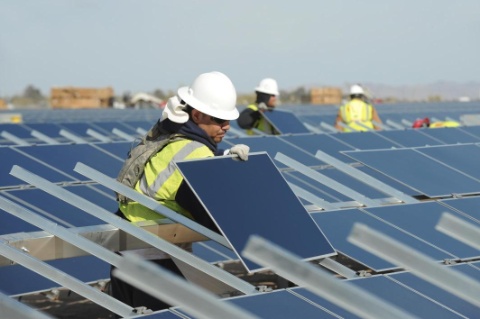 CalPERS will purchase the ownership stake from Sumitomo Corporation of Americas through its Gulf Pacific Power (GPP) account, which is a partnership between CalPERS and Harbert Management Corporation, one of its external infrastructure investment managers.

CalPERS' Infrastructure programme, which aims to hold ownership of essential infrastructure assets that provide predictable returns with moderate long-term inflation protection, had a net asset value of approximately US$2.3 billion as of 31 January this year.

Ted Eliopoulos, CalPERS chief investment officer, said: “Desert Sunlight presents a great opportunity for CalPERS, allowing us to invest both in California and in clean, renewable energy. Infrastructure has been one of our best performing programmes and is an important part of the CalPERS portfolio.”

6 June 2023
Join us in Napa to unlock the key to reliable PV module supply to the U.S. market in 2023 & 2024. We'll also be gathering the main players in the US solar market for some wine tasting!
california, calpers, desert sunlight, first solar