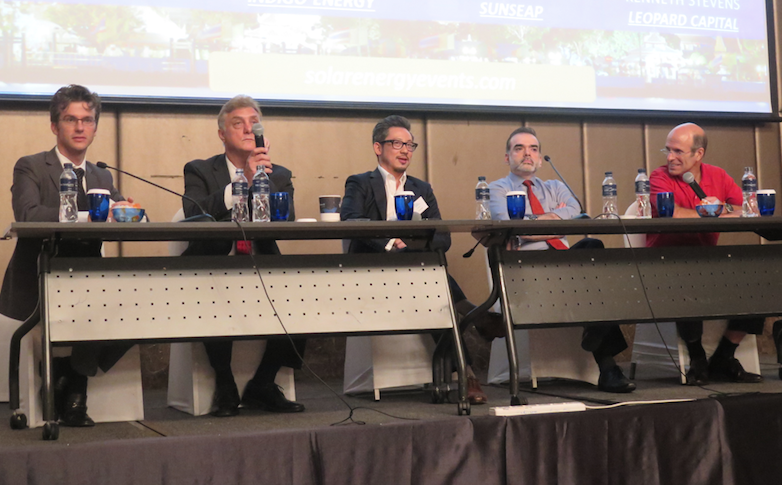 Cambodia’s national utility and the Asian Development Bank (ADB) hope to tender out the first stage of their 100MW solar park programme in June 2018, according to a prominent ADB figure, who was speaking at the Solar and Off-Grid Renewables Southeast Asia (SORSEA) conference in Bangkok.

Pradeep Tharakan, senior energy specialist, ADB, said that the feasibility study for the already announced solar park will kick off in January 2018, before the first stage of 30-50MW capacity is set to be tendered out in the middle of the year.

Moreover, if the programme progresses well, Tharakan said that ADB is now also looking at the potential of offering ADB sovereign-backed lending to both the government of Cambodia and its utility Electricite Du Cambodge (EDC), which would then pay for the public infrastructure and the transmission line of the solar park.

Tharakan added that the collaboration would “burrow off as a public-private partnership providing the transaction advisory to EDC and then EDC would have a PPA with a private entity, a special purpose vehicle, which would then be bringing in equity and debt from investors and lenders”.

If the first tender is successful then a 70MW second tender could follow.

Tharakan said that, at the start of talks, Cambodia’s government had said the solar tariffs would have to be at grid parity or lower, particularly as the country's retail electricity prices are the highest in the region. As part of the agreement, ADB is supporting EDC to competitively tender the PV park capacity inviting private participants to make the most of the country’s enviable solar resourses – again some of the highest in the region.

EDC has signed the transaction advisory mandate and has already started looking at sites with ADB.

ADB has already been a key financier for Singapore-based renewable energy developer Sunseap’s 10MW project at Bavet, the first utility-scale project in Cambodia.