‘Solar Module Super League (SMSL) member, Canadian Solar plans to increase module assembly capacity by 3GW in 2020, giving the company a total nameplate capacity of 16GW, while shipments were guided between a range of 10GW to 12GW for the year.

However, the SMSL added 200MW of ingot production in 2019, taking capacity to 1,650MW, while plans for 2020 are to expand slightly to 2,350MW.  The company did not highlight whether the ingot production expansions related to cast-mono (multi), p-type mono or n-type mono production.

The company rarely details capacity expansions on a geographical basis but has major manufacturing operations in China and much smaller operations in South East Asia, as well a OEM contracted production in Vietnam and Brazil. 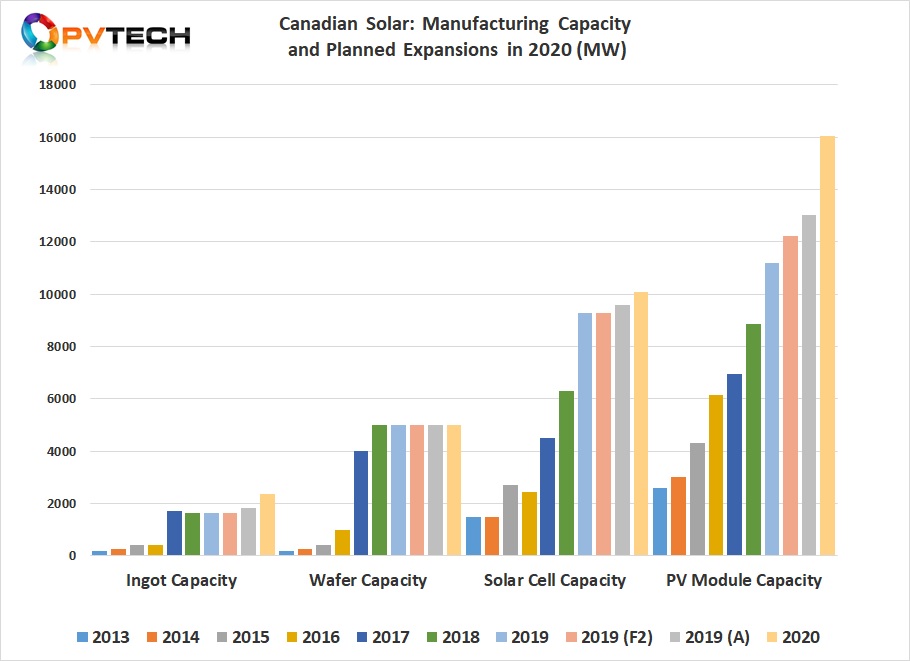