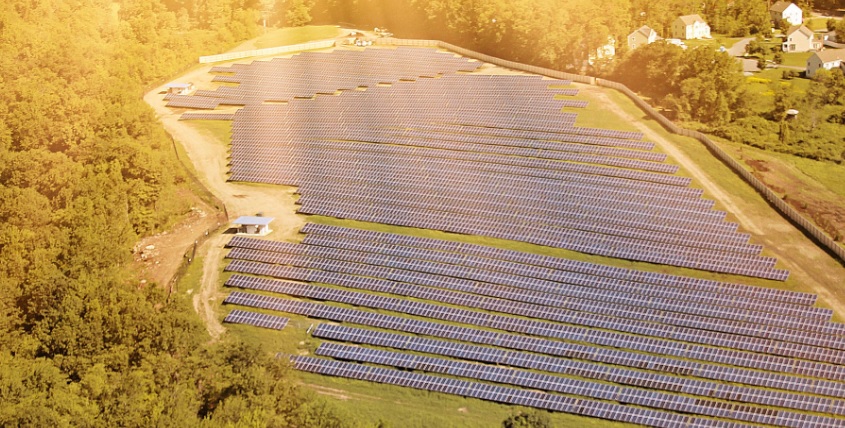 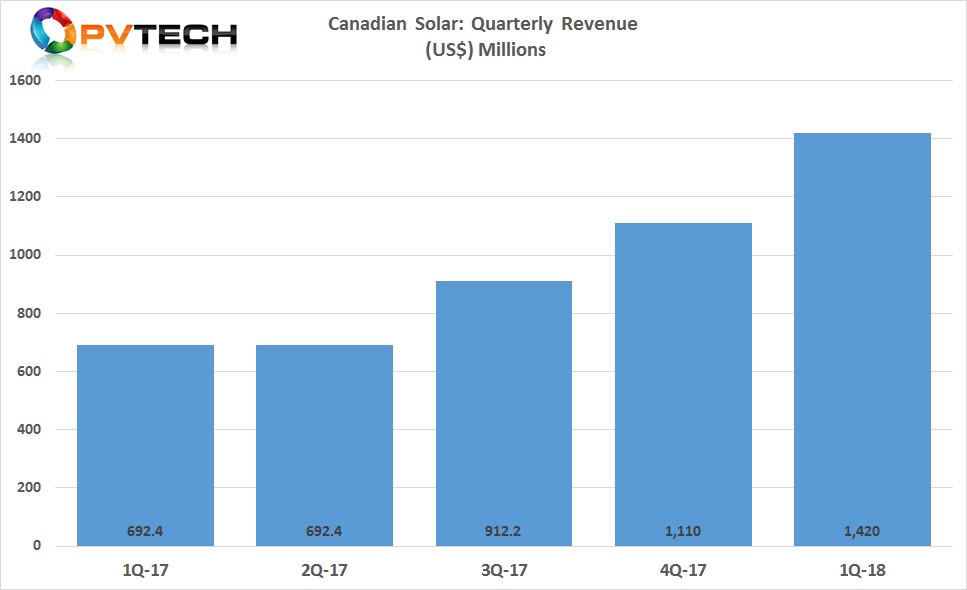 The sequential decrease in gross margin was said to be primarily due to the low margin associated with the 309MWp of U.S. solar power plants sold in the quarter, partially offset by an increased module average selling price in the first quarter of 2018.

Dr. Huifeng Chang, Senior Vice President and Chief Financial Officer of Canadian Solar commented, “We are encouraged by our success in monetizing our solar power plants globally. During the quarter, we completed the sale of the 28MWp Gaskell West 1 project to Southern Power, sold 142 MWp of solar power plants in the U.K. to Greencoat and sold three solar power plants in the U.S., totaling 309MWp to KEPCO.  Gross margin was in line with our guidance in the range of 10.0% to 12.0%, as we absorbed the impact of the lower margin solar power plants sales in the U.S. and higher than expected purchase prices for raw materials used in module manufacturing. We are working to secure approval for the sale of three other U.S. solar power plants totaling 399MWp. All together our actions have strengthened our balance sheet and allow us to redeploy our capital to support the profitable growth of our business and build value for shareholders.”

Canadian Solar reported PV module shipments in the first quarter of 2018 were 1,374MW, compared to 1,831 MW in the fourth quarter of 2017, which was slightly higher than previous guidance of shipments being in the range of 1.30GW to 1.35GW. 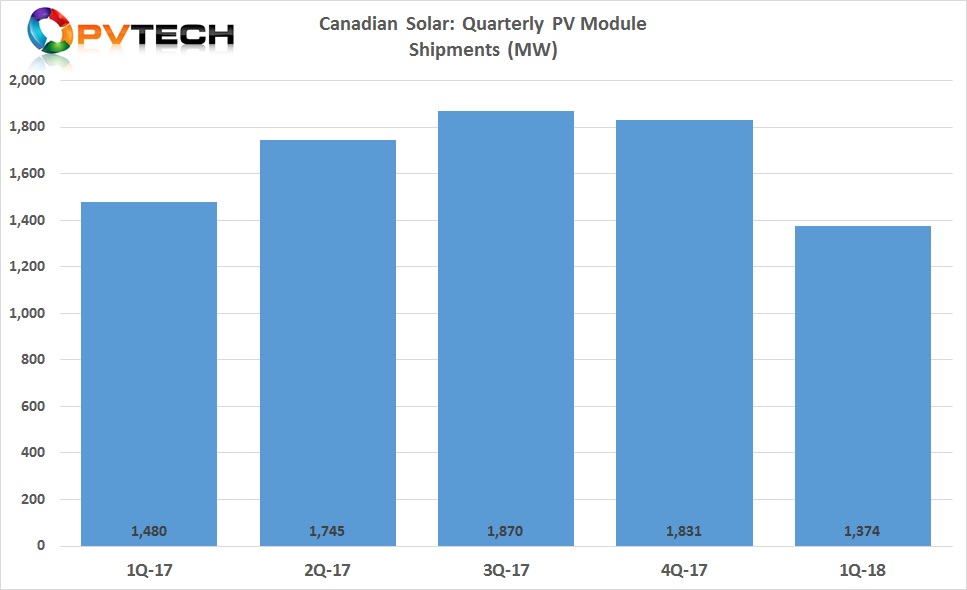 Dr. Shawn Qu, Chairman and Chief Executive Officer of Canadian Solar commented, “Results for the first quarter 2018 are within our expectations, with solar module shipments and revenue exceeding our guidance. The capacity utilization level was lower than the fourth quarter of 2017, due to several reasons, including seasonally low demand and holidays in China, the Section 201 safeguard decision on solar products by the U.S. government and the safeguard trade investigations in India. On the positive side, we maintained a flat to slightly up module average selling price during the quarter.”

Canadian Solar only tweaked expected nameplate capacity levels by the end of 2018, compared with updates given in the previous quarter.

During its earnings call, Dr. Qu also noted that the company was shifting cell and module production to multi busbar and cell technology for its majority of capacity based on multicrystalline wafers, while it was increasing shipments of P-Type mono PERC (Passivated Emitter Rear Cell) technology, due to demand and market share gains in Japan.

Canadian Solar (Ranked 3rd) in PV Tech’s Top 10 Module Manufacturers list for 2017, has long been at or near the bottom of PV Tech’s annual analysis of R&D spending since 2007. 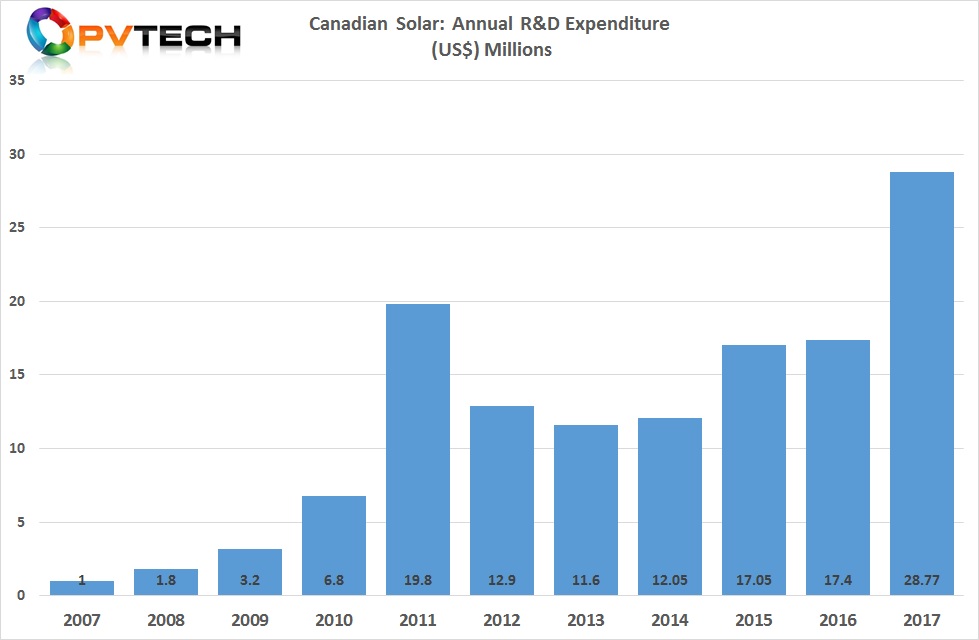 “We expect a shift in global demand to developing markets to offset China, India and the U.S. We also expect demand in other markets to improve, including Europe, Africa, Argentina and Mexico. These trends align themselves with the Company's global footprint and should serve as a catalyst for continued growth,” added Dr. Qu.

The company did not revise full-year 2018 guidance from the previous quarter, which included module shipments of 6.6GW to 7.1GW and total revenue in the range of US$4.4 billion to US$4.6 billion.