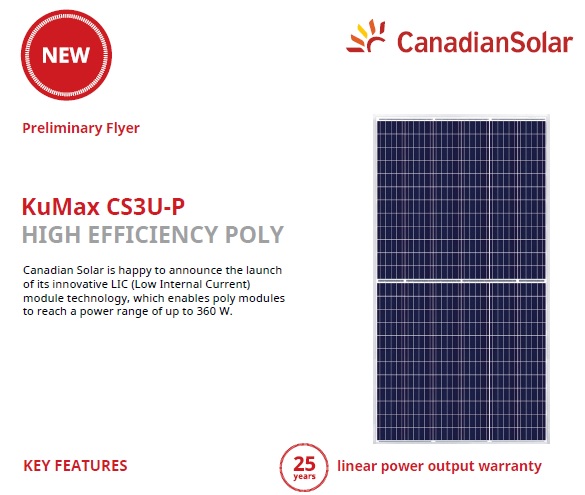 Continued development of high-efficiency and thus higher-output PV modules can lead to increased issues with cell hotspots caused by shading, which produces excess heat at any shadowed cell that leads to permanent damage with persistent high temperatures. Hotspots can be caused at various cell manufacturing process steps such as incomplete edge isolation as well as poor cell current matching at the module assembly stage.

The new Ku Modules portfolio is available in both poly- and monocrystalline. Ku modules family consists of following types: KuMax (144 cells), KuPower (120 cells), KuBlack (120 cells) and the corresponding double-glass KuDymond. The KuMax modules have a power class up to 360 Watts.