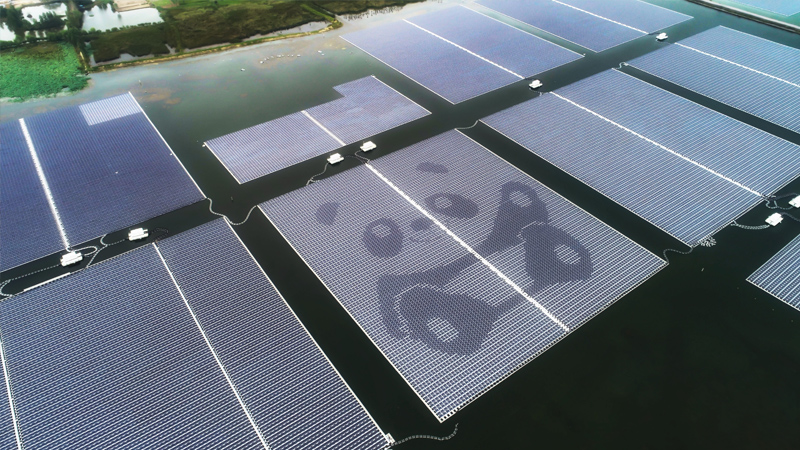 A wave of PV manufacturers listed on China stock markets have reported full-year net profit guidance for 2019 that indicates significant profit gains over the previous year.

Companies continue to push overseas sales, benefit from a late rush of orders in China for the fourth quarter, while also benefiting from record low pricing for polysilicon, solar wafers and cells.

However, several companies have yet to fully recover from the impact of the '531 New Deal' in 2018 and subsequent changes to China's support mechanisms in 2019.

Net profit attributable to shareholders reached RMB 783 million yuan (US$111 million) in the first nine months of 2019, indicating net profit of around RMB 255 million (US$36.7 million} in the fourth quarter of 2019.

PV Tech had previously highlighted that Risen Energy had continued to increase revenue in 2019, after shifting module sales and PV project development overseas after the China 531 New Deal in 2018, impacted its business.

The company reiterated that its solar cell and module manufacturing capacity expansions had enabled higher module sales had been a key driver of net profit growth.

SMSL member, JA Solar which had returned to the stock market at the end of 2019, provided a wide net profit forecast of RMB 129 million to RMB 940 million (US$135.5 million).

Net profit of Tianye Tonglian Heavy Industry Co, which was acquired by JA Solar had only been RMB 3 million in 2018.

The SMSL noted that net profit attributable to shareholders had increased year-on-year in the range of 18,992.88% to 26,101.94%. The massive increase can be attributed to its acquisition of the small cap listed company and not representative of JA Solar’s net profit growth while being private.

JA Solar noted that its efforts made to expand sales in the international market had led to increased PV module shipments and profitability.

PV Tech recently reported that LONGi Green Energy Technology has guided a surge in net profits expected for 2019. This was due to increased manufacturing scale lowering production costs and with significant growth in overseas market demand for its PV module subsidiary and SMSL member, LONGi Solar.

PV and major backsheet manufacturer, Jolywood (Suzhou) Sunwatt Co guided net profit to be in the range of RMB 265 million to 230 million (US$33.2 million) in 2019.

Net profit growth attributable to shareholders would be in the range of 82.91% to 110.75%, compared with the previous year.

The company noted that continued high-efficiency solar cell capacity expansions in 2019 had lowered production costs and supported greater shipments than in the previous year.

Technology and science group Jiangsu Zhongli Group, which includes integrated PV manufacturer, Talesun is making a positive recovery from the impact of the 531 New Deal in 2018, which led to a group net loss of around US$41 million that year.

The company has guided net profit of in the range of RMB 40 million to RMB 60 million (US$8.6 million at the high-end of the guidance after efforts to boost receivables across sectors, noting the balance of receivables decreased by nearly 40% year-on-year.

The group has also focused on PV power plant asset sales in China, which is an ongoing process and new PV plant developments overseas, although no sales have been finalised to date.

A sale of part of the equity in Zhongli Electronics during the reporting period provided a RMB 500 million (US$72 million) gain, making a positive impact on the profit guidance.

However, Jiangsu Zhongli Group noted that its PV manufacturing arm continued to be a drain on the group which was taking up a lot of working capital and lower manufacturing utilisation rates.

EGing reported that it expected to make a net loss of around RMB 210 million to RMB 270 million (US$39 million) for the full-year 2019, primarily due to impairment charges. EGing had reported a net profit of RMB 68.6 million in 2018.

However, the company said that product sales had increased by over 30% in 2019, compared to the previous year.

Sunflower had struggled with losses throughout 2018, had previously reported a US$4.2 million net loss in the first half of 2019.

Sunflower had previously said that it was benefiting from a market recovery and module ASPs had rebounded, while action on long-term accounts receivable were proving successful.

However, the company reiterated that it was still experiencing difficulties after the 531 China New Deal was announced at the end of May 2018. In 2019, the situation of the photovoltaic industry had not improved significantly, according to the company.

The sales of PV power plant assets had helped the company in 2019, while still being impacted by the continuous decline in the market prices of photovoltaic cells and modules, noted the company.

Major PV inverter manufacturer and EPC firm, Sungrow Power Supply has guided an expected increase in net profit of between 5% to 15%. Net profit range is RMB 850 million to RMB 931 million (US$134.2 million).

The company said that it been continuing to cultivate the domestic PV market and increased its efforts to develop overseas markets during 2019 and that its business competitiveness had been further improved in the reporting period.

PV inverter manufacturer, Ginlong Solis Technologies, which has its IPO in 2019, said that it expected to report a newt profit in the range of RMB 120 million to RMB 135 million (US$19.5 million) and increase of between 1.64% to 14.34%, compared to the prior year period.

The company noted that capital raised in the IPO had supported efforts to heavily ramp its business expansion plans and increased investment in R&D projects. As a result, revenue and net profit were said to have grown steadily.