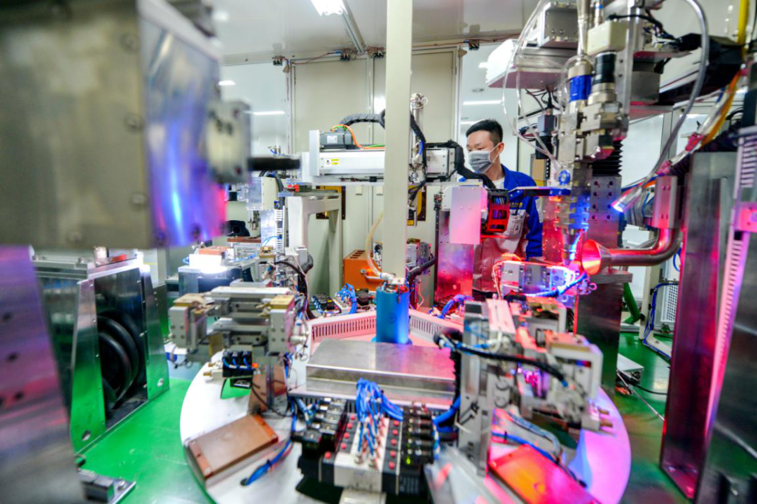 This July and August, China’s state owned power supply groups such as Datang, SPIC and CGN, opened tenders for several EPC and PC projects. The bidding documents suggest most of these projects will be completed before the end of 2020.

According to the traditional project cycle of a power station in China, equipment is  delivered and installed during September to November following bidding sessions in July and August. Construction of these solar projects is therefore likely to commence at the end of August or beginning of September.

But PV Tech has learnt that companies including Tongwei and Hebei Electric Power Corporation had already started construction at the beginning of August, while some other private companies’ ‘fair-price’ projects started even earlier, including JA Solar’s first large-scale ground fair-price station, which was announced to have started at the end of July.

In comparison other power giants, who offered a massive number of bids this year, an estimated 20GW in total according to public tender information and company statistics, are still reluctant to commit to start dates.

In fact, these companies are currently re-negotiating module prices, which have risen sharply of late, leading to delays in projects for which bids were invited. This can mean a challenge for those projects with an agreed date for grid connection, and is also likely to impact construction progress, scheduling and quality.

The analyst team at Essence Securities believes that the tendered projects will be a major source of domestic requirements in Q4 2020, because a quarter’s delay means the subsidy on electricity prices will decrease by 1 fen (0.01 yuan). While construction for some stations may be pending or postponed due to the rising price of modules, most key state-owned enterprises, as the main players in the market, are expected to complete grid-connection within this year. Thus a high percentage of the projects tendered can still wrap up before the end of 2020.

It has been reported that an alternative option for some tender projects is to start with the foundation of the site first, putting up tubing piles and ordering other equipment, minus the  modules.

One private developer told PV Tech, “1.3 yuan/W (0.188 USD/W) was the price on the budget of several projects. We are unable to calculate profit with the current module price, so we’ll install next year when the price drops.”

The developer added that he thought it was fortunate that they didn’t have any imminent projects. He believes the price drop may happen later than expected, as indicated by upstream (silicon, wafer and cell) trends in the industry. It could be as late as after next year’s spring festival, or as early as New Year’s Day 2021.

Relatively speaking, the large players have more bargaining chips on price and delivery. According to insider analysis, even though a quote as high as 1.79 yuan/W (0.259 USD/W) was seen in a recent procurement session, the module price will be no more than 1.7 yuan/W when re-negotiated, as projects belonging to state-owned key enterprises are sufficiently large in scale. Nevertheless, in the short-term, pricing is likely to remain at around 1.6 yuan/W (0.231 USD/W) and the supply situation will be tight.

As major module manufacturers such as Jinko Solar, JA Solar, Trina Solar and LONGi also supply international projects, in addition to those tenders they win from the large power companies, demand is surging while upstream materials are in short supply, which will almost certainly lead to a situation where delivery cannot be made to every project.

According to statistics from China’s National Energy Administration, the first half of 2020 saw 11.52GW of solar installed in the country. Additionally, this year the subsidy program has involved some 25.97GW of tender projects, while fair-price projects of some 33.05GW have also been registered, all of which indicates that construction in the solar sector will be tough during the second half of the year.

Given this situation, Hu Dan, an analyst at IHS, is considering trimming her forecast on installations from 45GW to 40-41GW.

She also believes most projects will start within this year, although there could be some delay to the schedule. There remains a question mark, however, as to how many projects can be installed in Q4. At least 10GW was connected to the grid in the last month of 2019, and the amount of delivery and installation then was in excess of that number.

40GW is basically in line with the neutral prediction by CPIA on the scale of solar grid-connection this year. The actual scale, whether conservative or positive, is subject to the performance of the industry chain later this year.

At the time of publication of this article, both LONGi and Tongwei have released their latest pricing for wafers and cells, with no additional increases. A trend towards stabilisation is expected in September.

11 October 2022
PV CellTech Extra will be held as a series of live webinars and on-demand sessions on 11-13 October 2022. We'll be taking a slightly further forward-looking view at the technologies and roadmaps for new cell architectures set to dominate mass production during 2023-2025 with special emphasis on the potential timelines for technologies beyond the single-junction cell design, including perovskite and hybrid concepts.
cells, china, deployment, ja solar, jinkosolar, lsdigital, module prices, polysilicon, polysilicon pricing, sfi2021, upstream, wafers