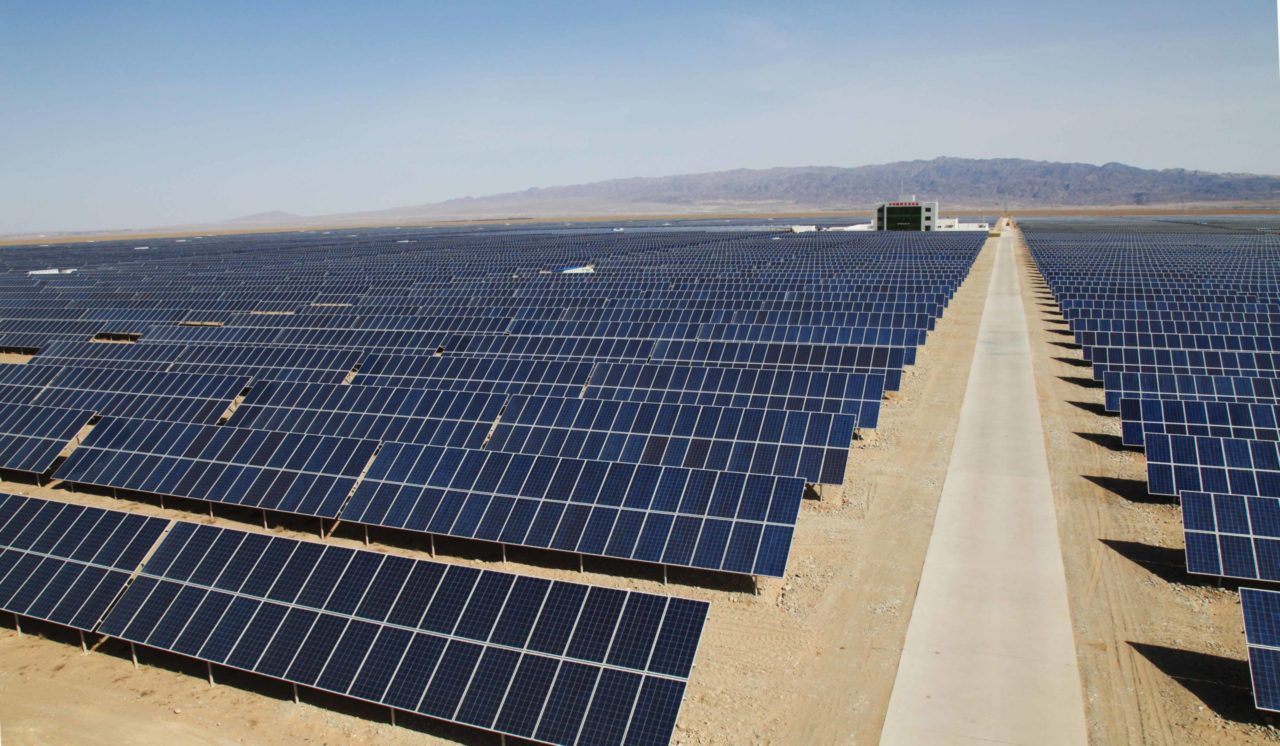 No sooner than all of the huge exhibition stands at SNEC 2018 were dismantled last Thursday, China’s regulatory organisations overseeing the solar industry, instigated new policies Friday that could have a similar effect on the utility-scale and distributed generation (DG) markets in the country.

In a co-ordinated move, The National Development and Reform Commission, the Ministry of Finance and the National Energy Administration issued the “2018 Solar PV Power Generation Notice” imposing caps and reducing the feed-in tariffs (FiT) mechanism, while setting rules at the central government level for utility-scale projects.

In 2017, DG projects accounted for over 19GW of over 53GW of PV installations in China, a new record high. The ‘notice’ issued by the agencies highlighted that a cap of 10GW would be imposed on the DG market for 2018, which would have needed to be grid connected by 31 May 2018. This applied to central government approved DG projects and those eligible for the central government FiT mechanism.

In a further shift in central government policy over the DG market, the notice highlighted that “financial responsibility” for DG projects would be moved to local governments in the future. This means FiT mechanisms would be enacted at the local level.

AECEA also noted that its own analysis of the DG market in China, put installs between January and April 2018 at around 9GW, while utility-scale deployments topped 2GW. This meant that it was highly likely that the DG cap of 10GW for the year had already been exceeded.

According to previous NEA guidance, China had targeted 13.9GW of utility-scale projects for deployment in 2018. However, the issued notice Friday, highlighted that the utility-scale target for the year had been abolished, instructing all regional provinces to impose bans on all entities seeking FiT’s under any 2018 mechanism.

AECEA said that this drastic measure would not only slowdown demand in 2018 but carry through to the end of the 13th Five-Year-Plan (2016-2020).

The impact should not be underestimated on PV deployments in China as almost 34GW of utility-scale projects were deployed in China in 2017.

Compounding the caps, the notice also included changes to the FiT mechanism, which AECEA noted that outstanding FiT payments by the end of 2017 had ballooned to approximately US$17.5 billion.

The cancellation of the 2018 FiT for utility-scale projects also pushes support back on local governments to deal with the issue of outstanding payments and grid curtailments.

Indeed, local governments were instructed not to approve any utility-scale projects until further notice.

The FiT mechanism for ‘poverty alleviation’ schemes were not impacted by the new notice. However, AECEA noted that despite the wide government support for the successful schemes a new set of policies and targets were expected to be drawn-up in due-course.

The government agencies notice also included a uniform reduction in the FiT mechanism, lowered by RMB 0.05/kWh, including a similar reduction for DG ‘self-consumption’ projects, which means surplus power would be have a FiT of RMB 0.32/kWh. 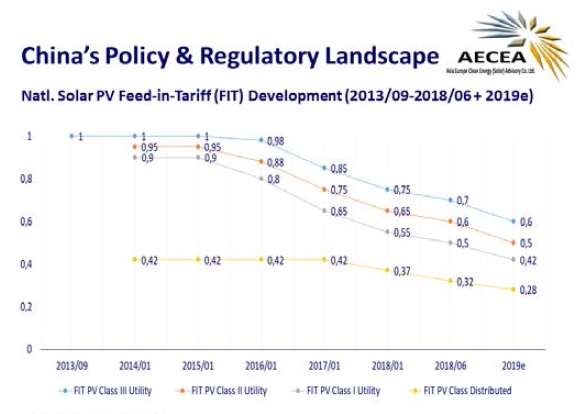 The sudden and serious changes to PV deployment in China is expected to have a major effect on total deployments in 2018 and beyond.

According to AECEA, it has lowered its previous deployment forecast for China in 2018 from a range of 40GW to 45GW to 30GW to 35GW.

However, AECEA said that this still remained an “optimistic” forecast.

From a 13th Five-Year-Plan (2016-2020) perspective, AECEA noted that total cumulative deployments could reach between 200GW to 215GW, targeting only annual deployments in a range of 20GW to 25GW over the next two years.

The only sector so far unscathed would seem to be the rapidly growing residential market. AECEA is projecting installations could reach 5GW in 2018, up from around 2GW in 2017. 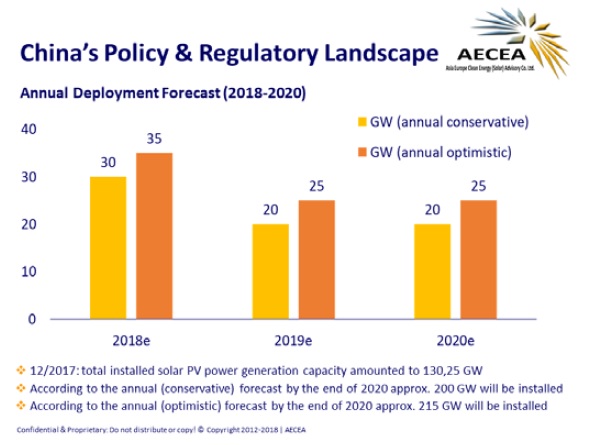