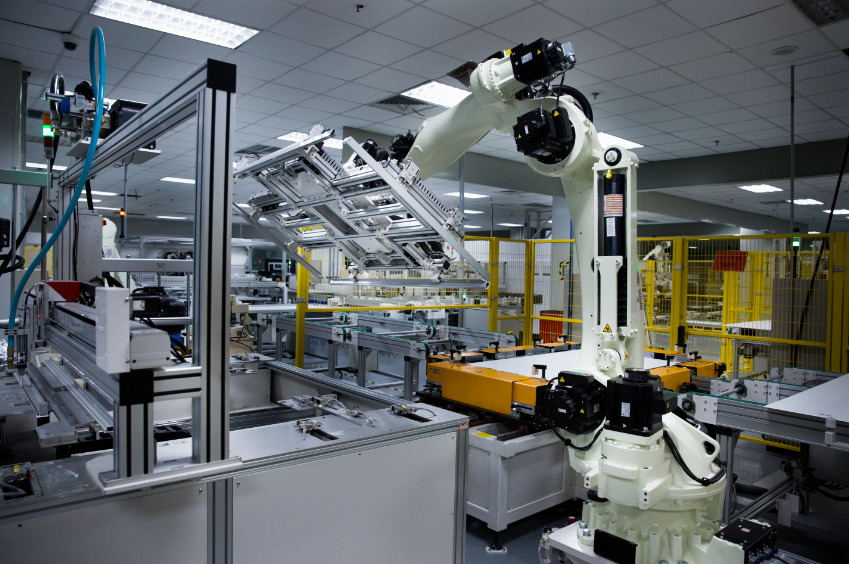 A round-up of the latest solar manufacturing capacity announcements in China continued unabated during the festive season, leading up to the beginning of 2021.

JA Solar’s Phase III 20GW Baotou plant expansion is expected to cost around RMB5.8 billion (US$897 million), although timelines for the construction and possible phased ramps were not disclosed.

The SMSL manufacturer had previously announced a number of capacity expansions in 2020, including a 6GW PV module assembly expansion in December 2020.

The latest ingot and wafer expansions follow-on from an announcement made in August 2020 for the Phase II (20GW) plans in Baotou. The two expansion announcements in December (See chart F5 section) is the fifth major grouping of expansions announced by JA Solar in 2020. 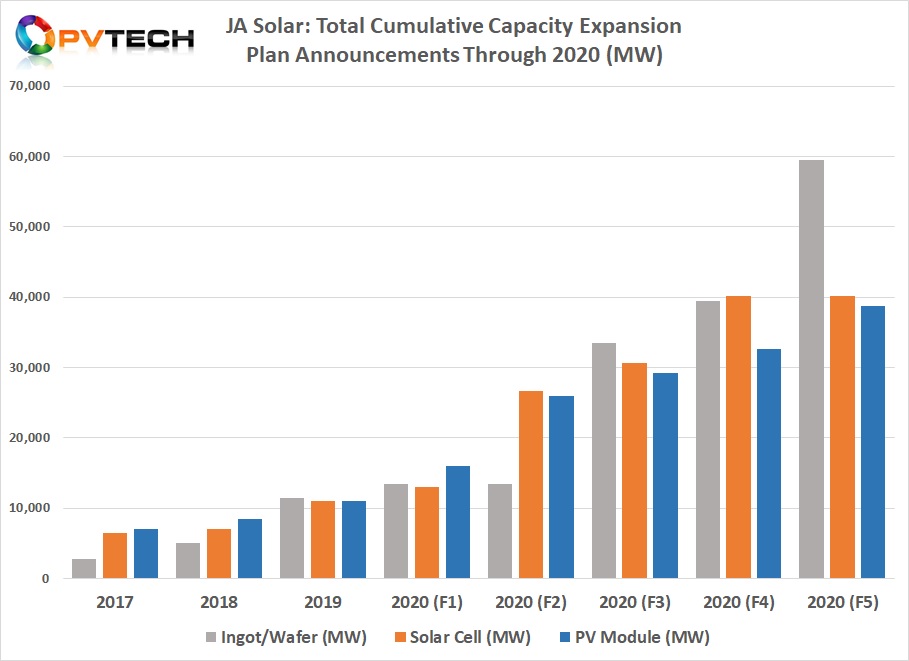 The last capacity expansion announcement from GCL-SI was back in March 2020 when the SMSL member announced a 60GW integrated 210mm wafer/cell and module assembly manufacturing hub in Feidong County in Hefei City, Anhui Province, China. These plans continue to be in the planning stage, according to previous financial updates.

The new 10GW cell plant in Leshan was said to cost a total of RMB4.3 billion (US$665.3 million) and will be constructed in two phases.

The first phase of the construction of a 5GW cell plant, with an industrial land area of about 160 mu, is expected to be completed by the end of 2021. The second 5GW phase is expected to be put into full production before the end of the first half of 2022, according to the statement.

The 10GW cell and module assembly project was expected to require a total investment of RMB3.6 billion (US$557 million).

The first phase will include a 5GW module assembly plant including 10 high-efficiency module production lines that will be put into production in September 2021. The second phase (5GW) was said to be scheduled to start construction in August 2021 with completion and production ramp in August 2022.

The combined project was said to be controlled by a subsidiary, Canadian Solar Power Group Co.

Separately, Canadian Solar was reported to have signed an agreement with the Funing, Yancheng, Jiangsu province government to build a new wafering plant with a capacity of 10GW at a cost of RMB 1.9 billion (US$155 million), built over two phases.

The first phase of the project was said to start construction in January 2021 and be operational in June 2021. Canadian Solar already operates cell and module manufacturing facilities in Funing.