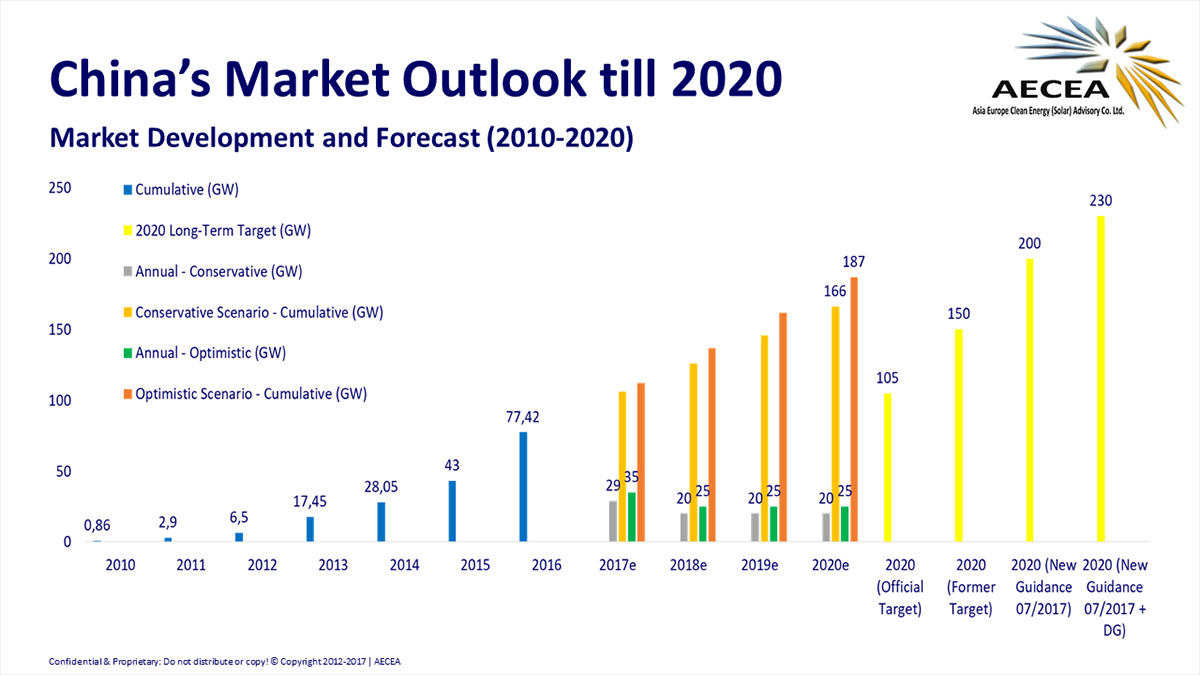 China’s National Energy Administration (NEA) has released new guidance on solar installation targets as part of the current 13th Five-Year-Plan (2016-2020), after recent record first-half year install figures put doubt on whether the solar boom would continue as the original targets would be met two years ahead of expectations.

Importantly, the new guidance excludes distributed solar PV and poverty alleviation project targets from the cumulative total but includes an annual 8GW of ‘Top-Runner’ projects, which have to deploy high-efficiency modules.

According to Frank Haugwitz of the Asia Europe Clean Energy (Solar) Advisory Co (AECEA) the target of 60GW of distributed generated solar PV is not expected to be realized in the current 13th Five-Year-Plan. This is because only around 15GW of installations in China are so far considered as distributed solar PV and AECEA expects distributed PV to reach 40GW to 45GW under the current plan.

‘Overall demand is expected to remain bullish throughout the remaining months and years of the ongoing 13th Five-Year-Plan (2016-2020) period,’ according to AECEA.

However, AECEA noted that opinion challenges remained, notably the ever increasing amount of FIT payments as well as to attain and maintain an acceptable level of grid curtailment throughout the country. Also noted by AECEA was NEA’s ambition to replace the FIT scheme with “Green Electricity Certificates” in 2018.