Chinese PV players setting out on the journey abroad, part one

In recent years, China's PV industry has grown faster than expected, consolidating its position as the global leader in the sector. However, hidden worries have gradually come to the surface. A senior company executive was recently quoted as estimating China's installed capacity to stand at around 25GW in 2019, which is quite different from the optimistic forecasts from multiple organisations at the beginning of the year.

For manufacturers, the contradiction between shrinking domestic demand and large production capacities is increasingly stark. Taking modules as an example, some companies can’t reverse their expansion in module production, despite the fact that existing capacities have already exceeded several hundred GWs. Therefore, looking overseas is a must for many Chinese PV players.

In addition to traditional markets like the European Union, the United States, Japan and India, a number of growing markets have emerged among the ‘Belt and Road’ countries over the past few years. In the first half of this year, Vietnam attracted global attention with over 4GW of PV installations and it is fair to say that the ‘Belt and Road’ initiative has brought new development opportunities for Chinese companies.

Industry analysts predicted that the global PV market as a whole would increase by 20% in 2019. The Belt and Road markets will in fact have grown by 40-50%, with countries like Vietnam, Pakistan and Egypt each embarking on a multi-gigawatt market transformation.

The PV industry is highly dependent on integration with the financial sector and on cooperation between all stakeholders involved in the entire industry chain. Thanks to their in-built advantages, China’s central government-administered energy enterprises are performing very well in overseas engineering markets and, for private PV companies, working with central government-administered organisations, financial institutions and industry partners certainly helps reduce risk and facilitate overseas expansion.

Module maker Seraphim is fully aware of this as it started overseas ‘exploration’ quite early.

Back in 2018, Seraphim was the module supplier for the then largest ground-mount plant in Eastern Europe, where it joined hands with CMEC and Ukraine’s largest private energy group DTEK to address the power demands of a local community of 100,000 people.

At the end of the same year, Seraphim signed a five-year PV project cooperation agreement with China Power and had in the meantime also enhanced its overseas cooperation with China central government-administered enterprises such as PowerChina, Sinomach, CECIC and CNBM.

Seraphim president Polaris Li said, “At present, overseas markets are rising up steadily. Europe and Southeast Asia are the two growth highlights this year. The European market is recovering at a faster pace and a conservative estimate points to around 20GW of installations. Latin America, Australia, African and Southeast Asian countries included in the Belt and Road initiative are all witnessing booming markets. American market demands also rebounded by a large margin over last year. Seraphim has business transactions in all these countries and regions and we expect a 50% sales increase this year.”

“The complex international situation had propelled us to expand our market overseas and plan globalized manufacturing as well. In doing so we can avoid protectionist measures and spread investment risks. As module prices are getting lower and freight costs increasing significantly, globalized production can enable us to be closer to our customer, reduce transportation costs and improve our competitiveness,” Li continued. 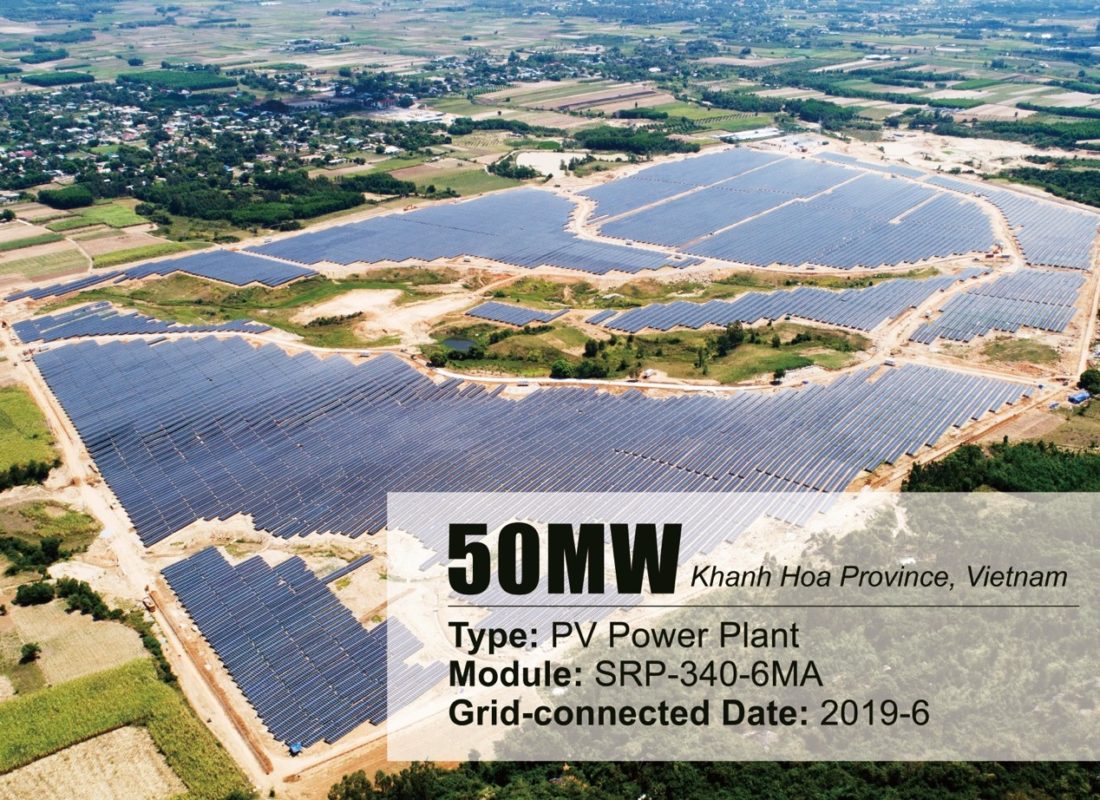 In the past two years, thanks to its globalization strategy and the new market landscape based on the Belt and Road initiative, Seraphim has accelerated its development and completed several planned manufacturing factories. In 2018, Seraphim built a 300MW regular+200MW half-cut module factory in Cape Province, South Africa. In 2019, the company added 1GW of bifacial module capacity in Shanxi Province, China. More module production lines are planned for Vietnam and Indonesia.

Seraphim’s global module capacity has reached 5GW at present, comprising 4250MW of domestic installations, 750MW of overseas capacity and 500MW for cells. The company says its production line has already been fully booked with orders placed for 2020 for its shingled module product.

A recent visit to Arctech Solar, a leading Chinese rack and tracker manufacturer, revealed that the company’s production line was, like Seraphim’s, extremely busy. Arctech has also benefited from recent growth in overseas markets, due in no small part to its own early globalization strategy. The company has been ranked first for three consecutive years for cumulative global shipments of trackers and fixed racks, with installations reaching nearly 19GW.

Arctech’s marketing chief Guy Rong told PV Tech, “Arctech Solar began to produce racks for domestic projects in 2012, but the Chinese market was quite small then so we turned to overseas markets. Our first stop was Greece, where we completed 8MW of installations in 2013. The Greek project developer with which we collaborated later became our largest customer in Australia in 2018.”

Rong continued, “What impressed me most is that this Greek customer told me it is not only about the quality of our product, but the fact that we are still here five years later, still doing everything to live up to our promises and maintaining our systems, which was the key factor in him choosing to work with us over the competition.” 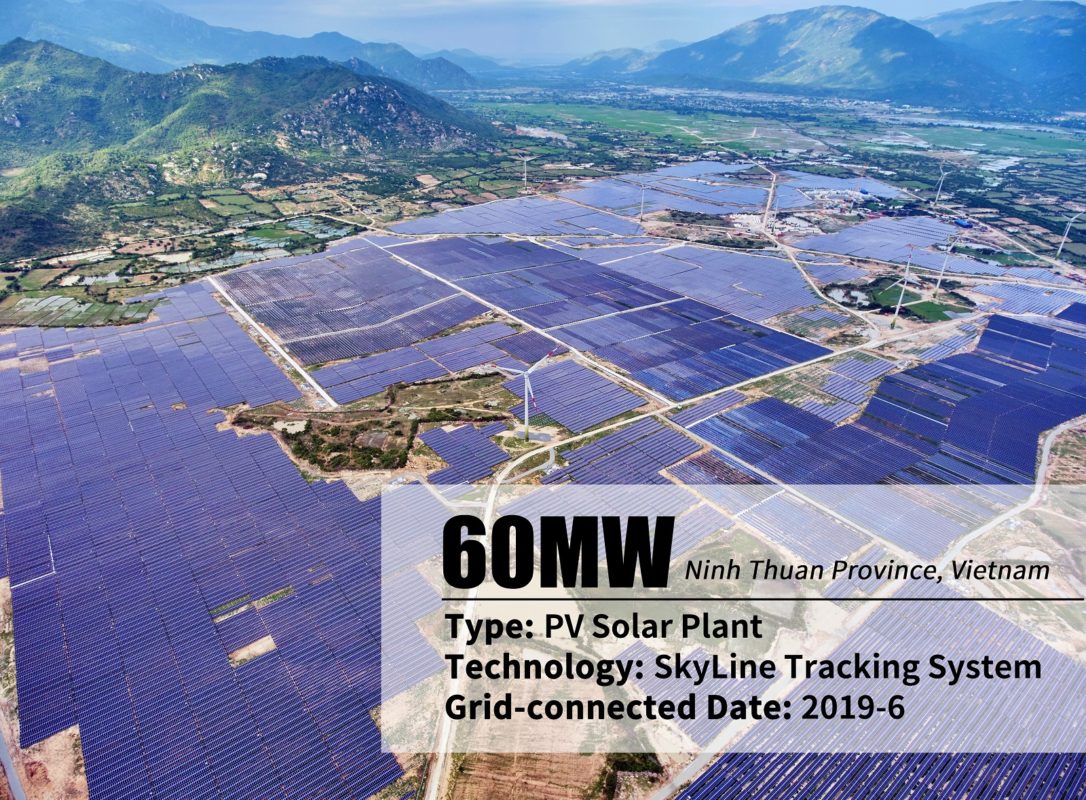 Racks are an integral part of PV power plants but, unlike modules and inverters, they receive far less attention and support. Serving overseas markets is problematic and complicated, with a lot of racking manufacturers with lesser known brands being poorly organized and soon disappearing as a result of fierce competition.

“Success in overseas markets depends on strength gained over the years. In 2013, Arctech Solar contracted a project built in India, but at that time the Indian market was not officially launched. It was only a small project of 4MW, but we completed the project with great success, paving the way for our re-entry into the Indian market in 2015. Since then we have supplied over 800MW of trackers to India,” Rong continued.

Previous experience of operating in overseas markets has helped Arctech fare well abroad. In addition to its traditional markets, the company has also established itself across the Belt and Road countries, including India, Vietnam and Kazakhstan.

Arctech’s performance in the Vietnamese market is the most eye-catching. From 2018 to the end of June 2019, the company has provided over 1GW of racking system solutions for 12 projects in Vietnam, including 500MW in Tay Ninh, 258MW/61MW in Ninh Thuan and 158MW in Dak Lak.

Arctech has also joined hands with allies in its ventures into these new markets, with Risen also entering the Kazakhstan market recently. Playing a central role in the Belt and Road initiative, Kazakhstan stands as a new overseas hotspot for PV players and financial institutions, given its superior light resource and broad market prospects.

Arctech told PV-Tech it is currently supplying a total of 270MW of fixed racking and tracker support for Kazakhstan projects, of which 70MW has already been connected to the grid.

Part two of this blog will be published tomorrow (5 November 2019).