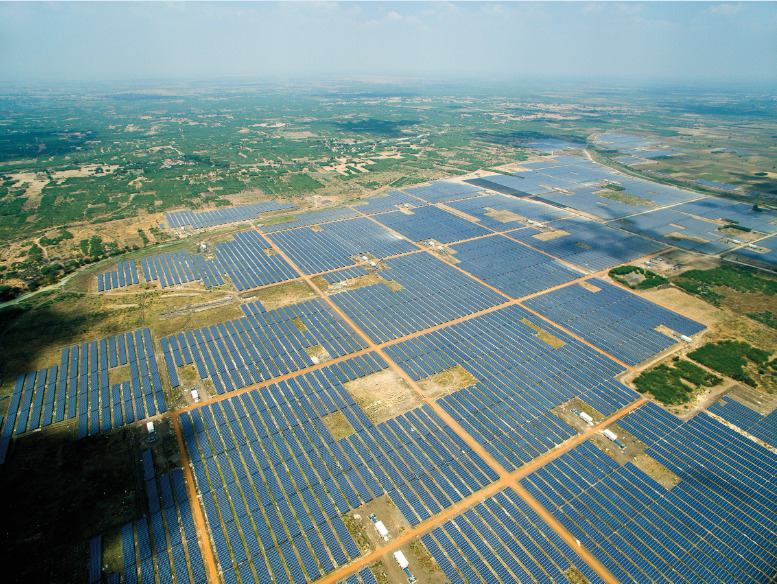 The Indian Finance Ministry’s order imposing a safeguard duty for two years on solar imports from developed countries as well as China and Malaysia has brought long-awaited clarity to both manufacturers and developers, but both segments of the industry have a number of fears.

The concerns include the threat of rising tariffs, the appetite of utilities to buy more expensive power, the possibility of circumvention of the tariffs though other Southeast Asian countries and the duties not being high or long enough to actually support domestic manufacturing.

Developed nations including US, Europe, Taiwan, Korea and Japan all come under the remit of the duty while developing countries apart from China and Malaysia are not subject to the duties.

Some clarity at last

Rakesh Tiwari, CFO, Mundra Solar, a unit of Indian conglomerate Adani, and a member of the Indian Solar Manufacturing Association (ISMA), told PV Tech: “We are pleased that something at last has been done and uncertainty has been removed. Now solar manufacturers and developers can both go back to their drawing board and work accordingly.”

However, given last week’s release of a Parliamentary Committee report revealing that 200,000 jobs in India had been lost as a result of the country’s reliance on cheaper solar imports from China and other countries, Adani had been expecting a higher tariff imposition.

Tiwari added: “These are only the initial steps and government needs to take more steps if they really want investment in this sector to happen and if they want employment to be generated over here.”

Sunil Rathi, director of Indian manufacturer Waaree Energies, which recently hit 1.5GW of manufacturing capacity across a range of technologies, said: “The announcement on the safeguard duty imposition comes as a welcome respite. The recent developments kept the manufacturing players on the fence, but we are glad to receive the much-awaited clarity. The move will pave the way for Indian manufacturers to showcase their capabilities.”

However, there is still one key area of uncertainty at present, in that the Finance Ministry’s order came last night in spite of the Orissa High Court issuing a stay on the duty imposition earlier this month. This has come as a shock to one of India’s largest developers, Acme Solar, the company that recently won 1.2GW of capacity with record low prices of INR 2.44/kWh (US$0.036), that was also behind the Orissa High Court stay.

Shashi Shekhar, vice chairman, Acme Group, told PV Tech that typically a High Court stay in India is honoured, and the company is still uncertain about what circumstances led to the Ministry of Finance ploughing ahead with its Safeguard Duty order. While Acme’s lawyers were briefing the Orissa High Court at the time of writing, Shekhar said one possibility is that the stay has already been vacated by the Supreme Court or there has simply been an error by the Ministry of Finance.

The situation is certainly not clear, with some commentators believing that the stay is still in effect, while others are predicting continued short-term uncertainty on the matter.

Projects under construction at threat

For developers, the greatest concern is the effect of the duty on projects that are already under construction or bid out. The order has no mention of a pass-through option or compensation for developers in the case of a change-in-law such as this safeguard duty.

Shekhar said: “Obviously this has put a number of projects which are half constructed or 75% constructed into a situation of uncertainty.”

Acme expects its 2.44 rupee solar tariffs to go up to 3.01 rupees (up 60-70 paisa) as a result of the safeguard duty and it is not sure if states and utilities will be willing to bear the additional costs.

Shekhar said that utilities had been particularly keen to buy solar power in recent years as prices had gone well below that of the variable costs of thermal power generation. Solar therefore offered a chance for debt-ridden utilities to “sure up their bottom lines”. However, Shekhar claimed that the duty would increase tariffs to levels much closer to thermal power, which stands at around the 3.3-3.5 rupee mark, and significantly reduce the utilities’ appetite to buy solar power.

He also suggested that government indications of pass-through options had not involved consent from the Indian states and their utilities, causing further uncertainty. As a separate example, he cited previous pass-through promises on the Goods and Service Tax (GST), which the company had still not received a year on. Moreover, legal challenges could take two years to complete, by which time the safeguard duty would have already impacted projects.

Vinay Rustagi, managing director of consultancy firm Bridge to India, said there is no pass-through given for all the projects that had been auctioned up until the last 3-4 months. Bridge to India has itself estimated a 25% duty is equal to around a 40-50 paisa impact on tariffs.

Rustagi said all the projects bid out with tariffs of less than three rupees over the last two years are “at risk of becoming unviable”, even though falling global module prices will help.

The Ministry of New and Renewable (MNRE) has informally stated on multiple occasions that all projects auctioned before the date of announcement of a duty would be given compensation or protection from the duty, but Rustagi said the ministry has never specified how that compensation mechanism will work and who will bear that extra cost.

The ability of developers to hoard modules in advance of the duty imposition was also stumped given that it typically takes 30 days to import modules from China and the final duty recommendations only came out just 15 days prior to the government order yesterday.

Will Discoms buy the power?

Rustagi also said: “My view is that if Discoms were asked to bear this cost, most of them would simply actually cancel the tenders rather than agree to the extra cost and allow the projects to go ahead.”

He also predicted problems with investors as developer discussions with banks and lenders could go on hold – adding: “Lenders, for example, would start holding back on financing these projects or ask the sponsors to cover the extra capital to de-risk the projects.”

The ISMA has submitted its own impact assessment claiming that there will be little impact on solar power tariffs, citing the fact that a bid of 2.44 was already reached more than a year ago and since then module prices have gone down around 30%, Tiwari said.

On another note, the effectiveness of the duty has already been called into question.

Waaree’s Sunil Rathi said: “Since [the] imposed duty applies only to developed countries, China and Malaysia, the authorities need to be vigilant towards imports from other developing countries. If we fail to monitor such movements, history will repeat itself, with India becoming a dumping nation for solar equipment, only from a different source. Moreover, with the growth in demand and economies of scale, it is imperative to protect the interest of domestic manufacturers.”

PV Tech has already broken down the capacities of Chinese manufacturers that are already set up in Indonesia and Vietnam, which are both exempt from the safeguard duty. Thailand and the Philippines could also play a similar role.

Tiwari has said the safeguard duty alone is not enough to support Indian manufacturing, but he cites a three-pronged action that could be successful. For example, Solar Energy Corporation of India (SECI) has a 5GW PV manufacturing tender out, that is linked with 10GW of solar deployment. This will support end-to-end manufacturing all the way from ingots to modules.

He said: “India has realised the long-term sustainability model of development whereby you have to do the manufacturing in your own backyard to support the solar power development. With this 5GW tender and now all the things have been cleared, I think there will be many foreign companies, including companies from China, who will be willing to put up plants in India thereby generating not only investment but also job opportunities.”

The government is also discussing 12GW of solar bidding with domestic equipment supply to be tendered out by government agencies. This policy would not be threatened by a trade dispute at the World Trade Organisation (WTO), unlike India’s most recent attempt, the Domestic Content Requirement (DCR), which was thrown out by the WTO.

C.Narasimhan, president of the Indian Solar Association and chairman of Raasi Group, said: “The export options for China solar modules for Chinese companies are limited and India is their major buyer. This comes after USA and Europe have levied similar duties.

“In this scenario, the Chinese manufacturers will either reduce their prices and sell at the old price levels or may decide to close down. China is also is withdrawing the concessions given to these companies. A consolidation of different companies will happen.

“Indian manufacturers will also increase the prices and keep [them] slightly lower than imported ones. Manufacturers from Vietnam and Indonesia also are likely to match Chinese prices and make more money. This is likely to happen as our demand exceeds supply.”

For domestic support, Rustagi said the two-year period of the safeguard duty was simply too short to have any meaningful impact, particularly as it takes more than two years to set up manufacturing facilities.

He added: “It will help the existing manufacturers in the short run but it doesn’t do anything to their long-term competitiveness, nor does it encourage new investments into manufacturing in India so until there is a new anti-dumping duty protection and a longer-term duty imposed we think that there will be very little consequence for domestic manufacturers.”