Co-located solar and storage: What’s needed for a multi-gigawatt market to form 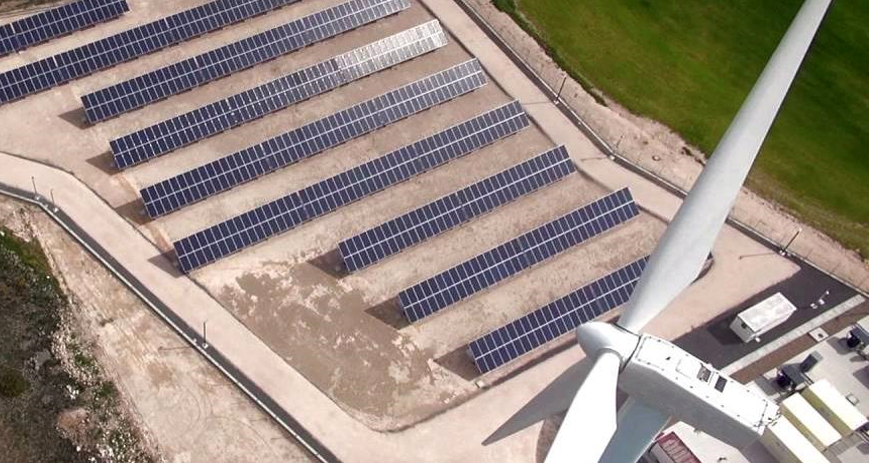 A multi-gigawatt co-location market looks set to take off within the next five years, however uncertainty over DC coupling, the need for costly symmetric grid connections and outdated regulatory frameworks risk stymying the market’s growth.

That was the conclusion from a discussion at this week’s Energy Storage Virtual Summit, featuring Solar & Storage Colocation, organised by PV Tech publisher Solar Media, which brought together a panel of industry experts in the fields of renewables and energy storage.

A survey of attendees at an earlier session hosted by BloombergNEF’s Jenny Chase found that 76% considered there would be a multi-gigawatt co-location market in less than five years, indicating industry confidence that co-located projects would be economically feasible in the short-term.

This was echoed by Ben Irons, co-founder of Habitat Energy, who said subsidies were no longer required for solar, storage or co-located solar-storage projects with prices as they are. Instead, these projects can be incentivised sufficiently through market design.

The US market, described as the epicentre of co-located projects by Chase, with a pipeline standing in excess of 8.9GW, also has a unique advantage in stimulating the development of solar-storage projects through the Investment Tax Credit. The ITC can be applied to both the solar and storage elements of projects as long as the battery charges from the connected solar array, providing tax refunds on equipment purchased.

This, Corentin Baschet, head of market analysis at Clean Horizon Consulting said, acted as a “big incentive” for co-located projects to come forward in the US as it posed a significant savings on project Capex costs.

Meanwhile, co-located projects were said to enjoy more or less subtle advantages in other markets. Baschet posed that, owing to the comparative lack of grid strength in areas of Africa, renewables assets featuring energy storage take on a “whole other dimension”, with large-scale solar farms effectively unable from connecting to regional grids without some form of grid-stabilising energy storage attached.

But while both panellists and attendees were confident of the market potential for co-located projects, there remains some scepticism over their economic feasibility, at least until component prices – especially in storage – fall further.

A survey of attendees found that half of the audience believed that less than 60% of co-located projects developed today would make their expected returns over 30 years, while less than 19% considered that the significant majority (90%) would meet or break revenue expectations.

One particular barrier to new projects coming forward raised by the panel was grid connections, frequently described as the most valuable element of an energy generation project today. Costs of grid connections, especially in the UK and Europe, continue to rise, with Vattenfall’s Jake Dunn stating that in the UK grid connection fees per megawatt have risen from £50,000 (US$64,000) to as much as £70,000 (US$89,000) of late.

DC coupling, or at least continued confusion around the potential for it in co-located projects, also persists, with developers unsure about whether or not DC coupling the solar and storage elements allows for the same inverters to be used. DC coupling would enable significant savings on project Capex, Irons said.

Irons went on to state that the three main challenges for co-located projects fell into either system design, details of the site in question – and more specifically the availability of a symmetric grid connection allowing both import and export of power – and its optimisation, with generating revenue from a battery continuing to be a complex and multi-faceted operation compared to the relatively simple matter of operating a solar or other renewable generation asset.

Storage facilities remain capable of generating and stacking revenues from a multitude of different streams, but these are continually moving pieces that require careful management, with prices constantly varying. Irons pointed in particular to the UK market, which saw battery storage developers rush to complete projects on the back of particularly strong prices in Firm Frequency Response (FFR) markets, only to see those prices fall by 75% in two months after the market was flooded with competition.

Ancillary services revenues remain popular, but not especially attractive in most markets. Baschet described them as the “low hanging fruit” of the battery storage domain, with the majority of markets worldwide remaining shallow due to the fact that countries only need a certain amount of reserve power.

This has led many operators and aggregators to flock to balancing mechanisms and other markets, but these continue to undervalue battery storage assets in particular as a result of outdated and slow-moving regulatory frameworks.

Irons, speaking from his experience in the UK market, noted that while batteries can respond to signals in seconds, the UK’s regulatory envelope still only allows for half-hourly settlement periods and projects are paid the market price for that half hour. In comparison, Australia’s markets settle every five minutes, a factor Irons described as “fantastic for flexible assets like batteries”.

The UK’s electricity system operator National Grid ESO is in the process of reforming markets to reflect these imbalances.

The COVID-19 pandemic did, however, throw up a number of factors for co-located projects, most notably through the volatility caused both in system prices for power and in flexibility markets. Irons described operating assets during the initial months of the pandemic as a “rollercoaster”, with numerous instances of negative pricing seen both negative for generators, but positive for battery storage assets capable of charging during these periods and discharging later. Irons said most operators would probably have described the impact of COVID-19 as “somewhat neutral, or slightly negative” on revenues, with the uncertainty caused illustrative of the need to build robust business models.

The Energy Storage Virtual Summit, featuring Solar & Storage Colocation, continues throughout the week. All sessions are available on demand and online networking will also continue. You can still register for the event and participate, more details on which can be found here.