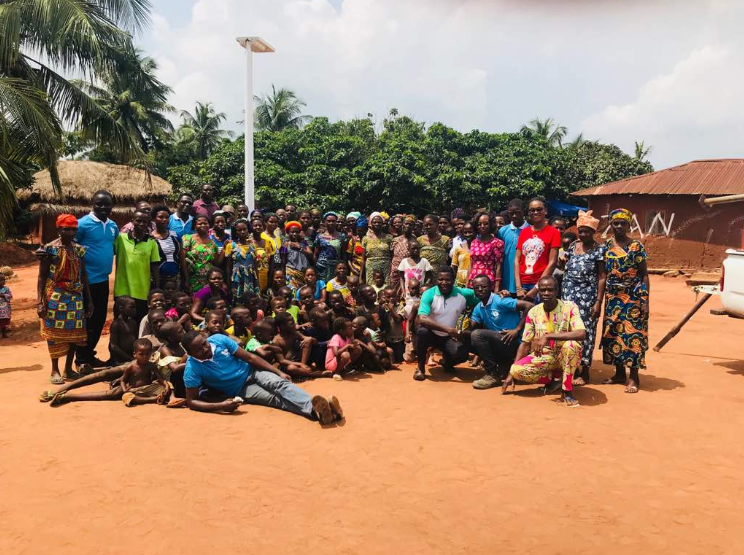 French power giant EDF has acquired a 50% stake in the Togo-focused unit of off-grid renewable energy specialist BBOXX, with EDF adding its financial clout to speed up solar home system deployments and its technical expertise to improve the energy storage offering.

The new joint venture seeks to progress BBOXX’s operations in Togo where it has been supplying solar home systems with batteries since 2017 and through which it now supplies power to 26,000 Togloese. The solar systems are eligible for mobile payments and they allow customers to power domestic appliances, such as TVs, radios, fans and mobile telephone chargers. So far BBOXX has opened 20 shops and employs around 100 people in this African country.

This is the latest investment from EDF into the African renewables sector, having been working in the Ivory Coast with Off-Grid Electric, recently starting operating in Ghana and offering solar pump irrigation solutions to farmers in Kenya. The firm has also been active in Africa's utility-scale solar tenders under the World Bank's 'Scaling Solar' programme, for example in Ethiopia and Zambia.

Under the new joint venture, EDF and BBOXX, which also plan to work together in other African countries, will first focus on the Togo government’s electrification programme, known as ‘CIZO’, which aims to supply more than half a million households with solar home systems by 2030. The two partners are aiming for a market share of 35% in Togo by 2024.

Along with its 50% stake in BBOXX Togo, EDF will support the energy storage solution, having been working on this technology as part of its Electricity Storage Plan, aiming to develop storage capacity of 10GW worldwide by 2035. EDF’s R&D department will also be testing and certifying solar kit components.

Mansoor Hamayun, CEO and co-founder of BBOXX, said: “Working with global partners like EDF shows our commitment to scaling up, mobilising greater investment, generating meaningful impact and powering the economic development of some of the world’s least developed communities.”

Valerie Levkov, EDF’s senior VP in charge of Africa and Middle East, added: “By teaming up with BBOXX in Togo, the EDF Group has embarked on a new stage of development of its off-grid activities in Africa, which has been constantly speeded up since our Ivory Coast subsidiary, Zeci, was set up less than two years ago.”