The European Commission today proposed a temporary emergency regulation to accelerate the deployment of renewable energy in the face of the energy crisis and the knock-on effects of Russia’s invasion of Ukraine.

Scheduled to last for one year, the proposal will remove administrative red tape around permitting and deployment, allowing renewable energy sources to be fast-tracked into operation. It highlights “specific technologies and types of projects which have the highest potential for quick deployment and the least impact on the environment”.

Solar PV deployed on artificial structures – buildings, car parks, transport infrastructure, sheds – and co-located storage systems and grid connections will have a maximum deadline of one month for permitting under the proposal.

Citing the idea of “positive administrative silence”, the measures will also exempt these types of installations, as well solar farms below 50kW capacity, from certain environmental assessments.

Solar, heat pumps and clean energy plants are to be considered of ‘overriding public interest’ as part of the measures, which will see them benefit from reduced assessment and regulation where they have met “appropriate mitigation measures and carried out proper monitoring to assess their effectiveness”.

“The EU is speeding up its renewable energy deployment, with the record-breaking 50GW of new capacity expected this year. But to effectively address high energy prices, ensure energy independence and achieve climate goals, we need to accelerate even more,” said EU’s energy commissioner, Kadri Simson

This emergency proposal arrives after the EU ramped up its solar targets to 740GWdc by 2030 as part of the REPowerEU scheme published March. Solar PV deployments in the EU are on track to hit 40GW by the end of the year, however the Commission has said that in order to reach the 2030 target, deployments will need to increase by a further 50% to 60GW a year.

This proposal, the Commission says, is not intended to boost the overall deployment of solar long-term, rather to hasten additions in the short-term to alleviate administrative bottlenecks and relieve more of Europe from the weaponisation of Russian gas.

Frans Timmermans, executive VP for the European Green Deal, said: “Renewable energy is a triple win for Europeans: it is cheaper to produce, cleaner for our planet, and independent of Russian manipulation. This proposal is another step to fast-track the green transition and respond to the energy crisis started by Russia’s war in Ukraine.”

The proposal will also accelerate the repowering of renewable energy plants by setting a maximum permitting deadline of six months, as well as simplifying the grid connections procedure in cases where the additional power doesn’t exceed a 15% increase over the original project.

Last week the European Investment Bank committed €30 billion (US$29.7 billion) more to the REPowerEU scheme in loans and equity financing. The bloc has been continuously investing in and developing its energy security since the Russian invasion. 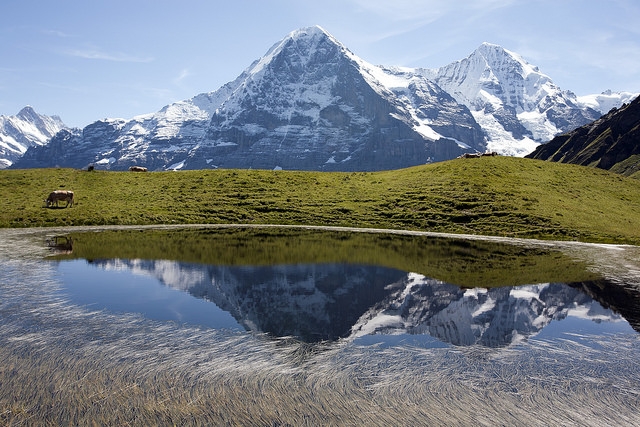 November 24, 2022
Energy trader Axpo has expanded its solar ambitions in Switzerland with the development of 1.2GW of solar PV by 2030 in the Alps and residential areas.