In its Q3 report published today, SolarWorld said the delays would mean its earnings before interest and tax (EBIT) would remain negative in 2015, though the company is expecting an improvement on 2014’s EBIT figure of €-43.8 million.

PV Tech understands that the delays have set the company back by around three to six months, and relate to a combination of the shifts to PERC technology at its US and Freiburg plants, capacity expansions and other measures such as changes to its administrative systems.

“In light of the wealth of ambitious measures we implemented this year, a few delays could not be completely avoided,” said CEO Frank Asbeck in his foreword to the Q3 report. “All in all, we are running a few months behind our original plans. As a result and contrary to our expectations, we will not be able to return to positive territory with the operating result for the full fiscal year 2015”

Overall SolarWorld reiterated preliminary Q3 figures published at the end of October. Its shipments of wafers, cells, modules and kits in the first nine months of 2015 rose 25% to 784MW compared to 627MW in the first three quarters of 2014, while overall revenue rose 30% to €531.8 million compared to the same period last year. In September, the company said it acheived a positive EBIT and expected to repeat this in the fourth quarter of 2015.

SolarWorld also underlined earlier assertions that a recent US court ruling in its ongoing legal battle with polysilicon producer Hemlock Semiconductor did not pose any immediate problems for the company.

Earlier this month, a key part of SolarWorld’s defence in its US$700 million lawsuit with Hemlock was thrown out, but SolarWorld said it continued to rate the risk to the company created by this and the wider case as low. 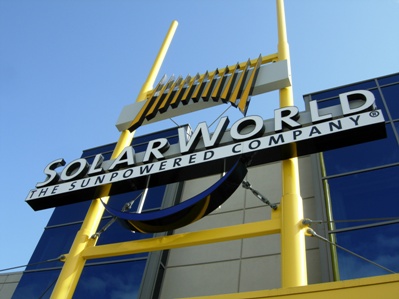 April 22, 2021
Mark Osborne provides in-depth analysis of LONGi's new 2021 guidance and its capacity expansion plans, as the solar industry's new shipments leader aims to break away from the rest of the pack.