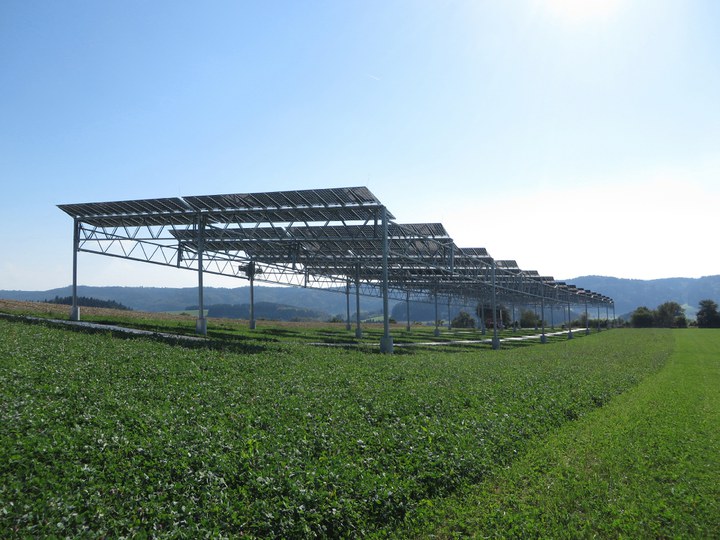 The Fraunhofer Institute for Solar Energy Systems ISE (Fraunhofer ISE) has received €740,000 (US$866,429) in financing to explore land use conflicts between solar farms and agricultural land.

Funded by the Rhineland-Palatinate Ministry of the Environment, the four-year initiative will research the growth of apple trees under a PV system in the German district of Ahrweiler.

An important aspect of the project is how the modules protect the fruit trees from extreme weather as a result of climate change.

Rhineland-Palatinate environment minister, Ulrike Höfken, said alongside the green energy benefits, the modules act as protective roofs against hail and excessive sunlight. She said that similar projects could also be conceivable in other agricultural areas, including chicken farms.

Höfken added that the project is intended to counter land use conflicts between solar systems and agricultural land with new knowledge, techniques and approaches to stakeholder and citizen participation.

Other partners in the project include the German Federal Ministry for Food and Agriculture, BayWa and Elektrizitätswerke Schönau.

Fraunhofer ISE has already made steps to prove the viability of dual land use after completing a successful trial in 2017. The year-long study at a pilot project near Lake Constance in Germany used bifacial solar modules to provide as much sunlight as possible to crops such as wheat, potatoes and celeriac by limiting the shading impact on crop growth.

Fraunhofer ISE director Prof. Hans-Martin Henning said at the time that agrophotovoltaics (APV) has the potential to open up “urgently needed” space for the PV expansion in Germany. He added: “At the same time, APV can mitigate the conflicting interests between agriculture and open space PV systems for viable land.”

September 6, 2022
Having successfully completed its transition from a solar equipment provider to a heterojunction cell and module manufacturer, Meyer Burger is looking to build on a major supply deal last month as it works to ramp up production capacity in the US.