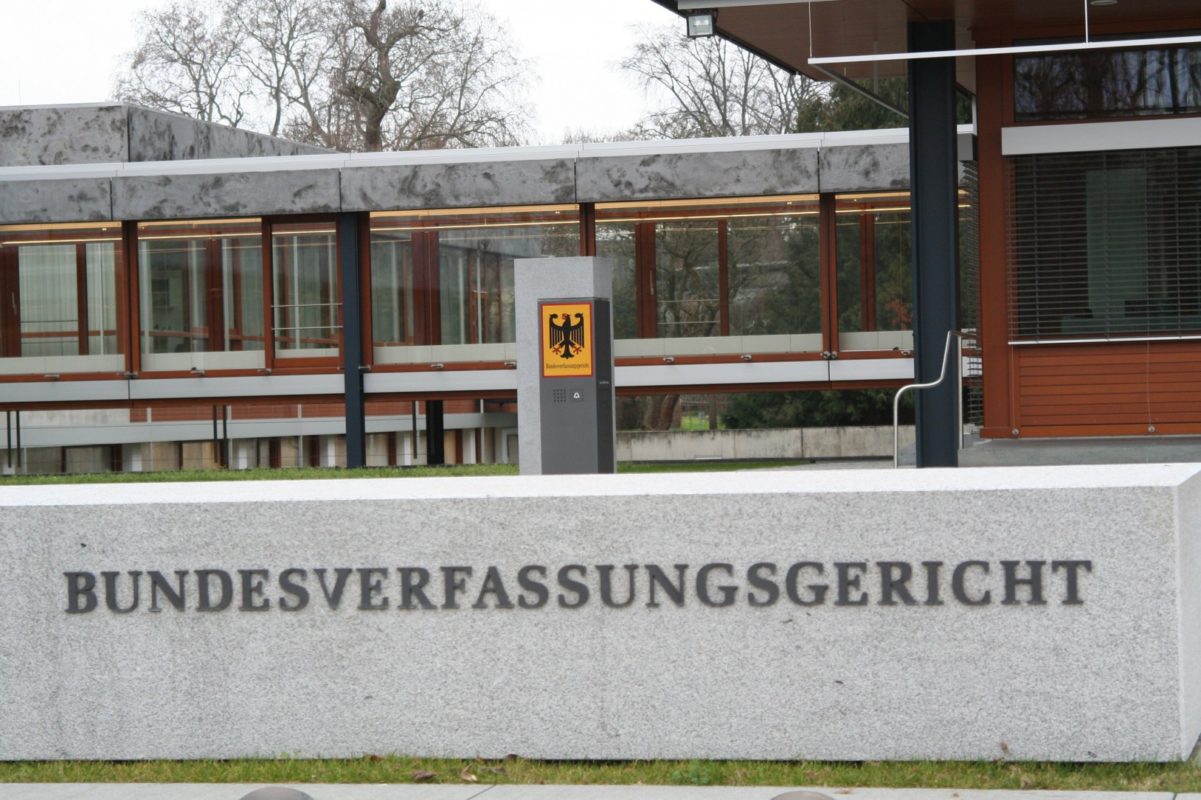 The row over Germany’s so-called solar subsidy cover has reached new heights in recent days, following the launch of a constitutional plea over the repeated failure to remove the cap.

An unidentified solar firm from southern Hesse has now lodged a complaint before Germany’s Federal Constitutional Court in the city of Karlsruhe, calling on the government to make good on its pledge to undo a freeze of solar subsidies that will kick in once the market reaches 52GW.

The federal government – an alliance between chancellor Angela Merkel’s conservatives (CDU/CSU) and the social democrats (SPD) – first vowed to lift the cap in late 2019. A deal last month on a separate row over wind turbine distancing meant the solar reprieve was, in principle, ready to go.

However, MPs at the Bundestag failed in late May to enact the necessary legislation. With the parliamentary summer break around the corner, the industry fears the cap might not be lifted by the time PV installs reach the 52GW threshold, which is expected to happen in the coming weeks.

Carsten Körnig, chief executive of German solar body BSW, said the goal of the constitutional campaign is to pull the “parachute’s ripcord” and “prevent the impact at the last second”. The complaint has, he said, been supported by 100 other solar players in Germany.

Represented by Berlin law firm von Bredow Valentin Herz, the Hesse-based solar firm at the origin of the complaint alleges a “threat to its existence” from the solar subsidy cap, claiming that its fundamental rights to property under German law are being breached.

“Hopefully the Bundestag will be able to reach an amicable settlement in the coming week’s session by finally, bindingly deciding to abolish the solar cover,” said BSW’s Körnig. ”In this case, we will of course withdraw the constitutional complaint immediately.”

Recently approached for comment, a spokesperson from German’s federal government had told PV Tech the lifting of the PV subsidy freeze is to be adopted “at the next opportunity” by German MPs. “As far as we know, this shall happen in the very near future,“ they predicted.

The row over solar subsidies comes as Germany navigates its transition away from COVID-19 lockdown measures, amid efforts to lay the foundations of the economic recovery.

The stimulus package presented by chancellor Merkel in recent days will pour €130 billion (US$146 billion) into the economy. A €40 billion (US$45 billion) share is reportedly earmarked for climate initiatives, including electric vehicles, green hydrogen and energy efficiency upgrades.

German energy market association BDEW has hailed the proposals, including the capping of the renewables surcharge on power bills. The measures, BDEW said last week, will however fall short if Germany does not do away with the lingering “obstacles“ to wind and PV growth.

29 November 2022
PV ModuleTech EMEA in Madrid on 29-30 November 2022 will address the factors underpinning the changing PV module landscape, gathering together all the key stakeholders across the value-chain from module production to field testing. Join us for presentations from the leading players in the sector, clearly identifying the opportunities and challenges set to impact module supply to Europe and the Middle-East over the next few years.
angela merkel, bsw, europe, germany, northern europe, policy and legislation, policy and regulation, policy changes, solar subsidies