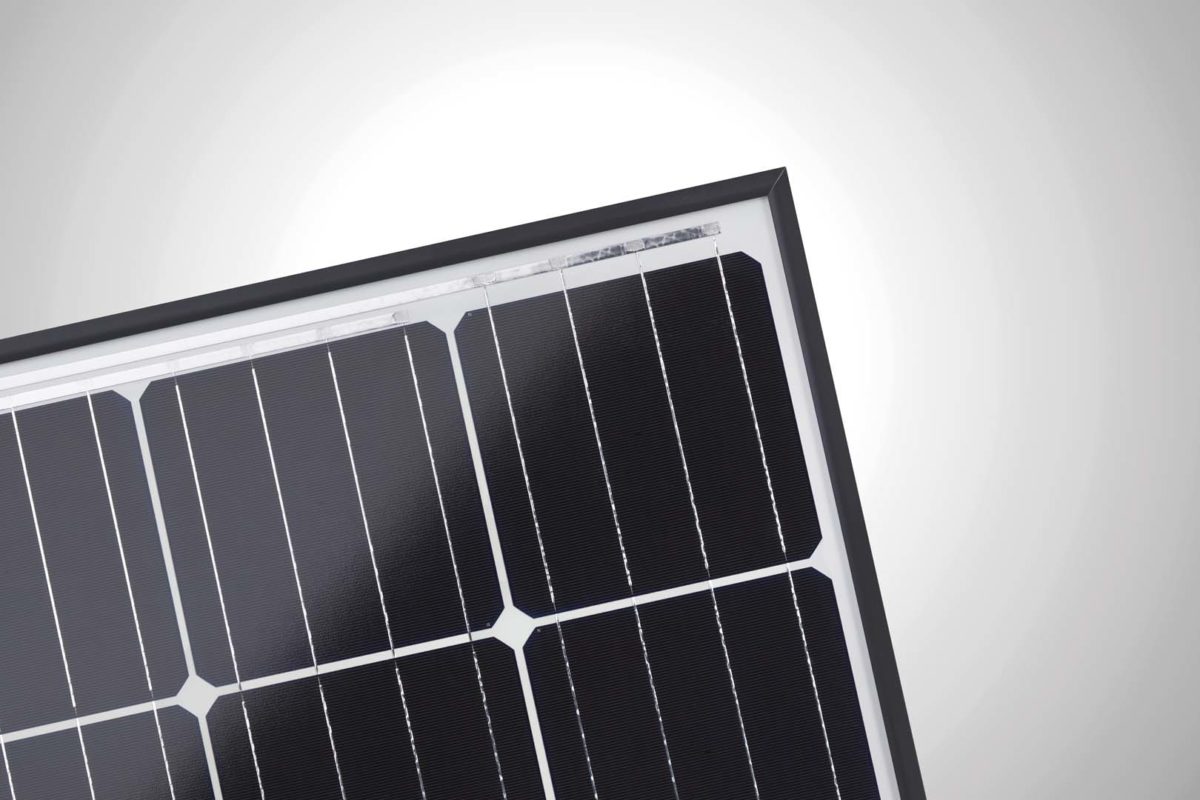 ‘Silicon Module Super League’ (SMSL) member Hanwha Q CELLS said its key strategic focus was to diversify its regional and market segment sales in 2017, while reiterating full-year PV module shipment guidance to be in the range of 5.5GW to 5.7GW in 2017.

In reporting first quarter 2017 financial results, management said in its earnings call that it was attempting to broaden its sales and product mix to mitigate market risks of being overly dependent of sales generated from the US and China.

“I would like to note that our industry is faced with uncertainties of near-term global demand outlook. Particularly into all largest cell demanded markets namely China and the United States in the second half of 2017,” noted Jay Seo, CFO of Hanwha Q CELLS in the earnings call.

“Any module changes in demand trend from these two largest markets can create cascading effects to global solar demand dynamics and pricing trends across [the] solar value chain. For this reason, our key strategic focus here will be the diversification of our revenue profile by region and by market segment and to strengthen our sales backlog to maximize our operational visibility throughout 2017 and into 2018. From our product side, 2017 will be a transitional year for our portfolio,” added Seo.

Although Hanwha Q CELLS stopped reported quarterly and annual shipments as well as shipments and revenue on a regional basis last year, the company announced a 1.5GW module supply agreement to NextEra Energy in the US that ran through 2016, while sales in China remained strong due to record installations.

Management noted that the launch of its high-efficiency mono-PERC (Passivated Emitter Rear Cell) modules, its first major shift away from multicrystalline technology was a key element in further targeting the global residential market and limiting its exposure to the utility segment, which carries lower margins.

The company also noted that its multi-PERC cell conversion efficiencies were approaching 20% and 22% for mono-PERC. Hanwha Q CELLS also noted that it had produced more than 5GW of PERC cells since production started in 2015.

Key markets for Hanwha Q CELLS in 2017 include the EU, notably France since it recently received the low carbon footprint certificate as well as other eastern European countries as well as Japan and Australia.

Hanwha Q CELLS said that its annual nameplate production capacity for multi-PERC had reached 1.8GW at its facilities in Malaysia. Hanwha Q CELLS Korea was said to be expanding cell and module capacity from 1.8GW to 2.2GW in the second half of the year. In China, ingot capacity stood at 1.55GW and would reach 1.6GW by year-end and reach 1.1GW of wafer, 4.6GW of multi-BSF cell and 4.6GW of module assembly capacity at the end of 2017, mainly due to conversion efficiency improvements and debottlenecking of production operations.

In total, Hanwha Q CELLS would have access to up to 6.8GW of cell and module capacity by the end of 2017.

Management noted that the decline in revenue was largely caused by the seasonality, with the second and third quarters of 2017 being the peak revenue period, due to several large orders for modules.

As PV Tech had previously highlighted, cash preservation and cost cutting were going to be a key strategy for the company in 2017. Despite the revenue decline in the first quarter, management noted that material cost and overall manufacturing cost controls, supported by only a US$50 million capex budget for the year helped Hanwha Q CELLS achieve a gross margin of 13.8% compared with only 7% in the fourth quarter of 2016. Gross margin in the first quarter of 2016 had been 21.2%. The margin decline was primarily driven by module ASP declines. 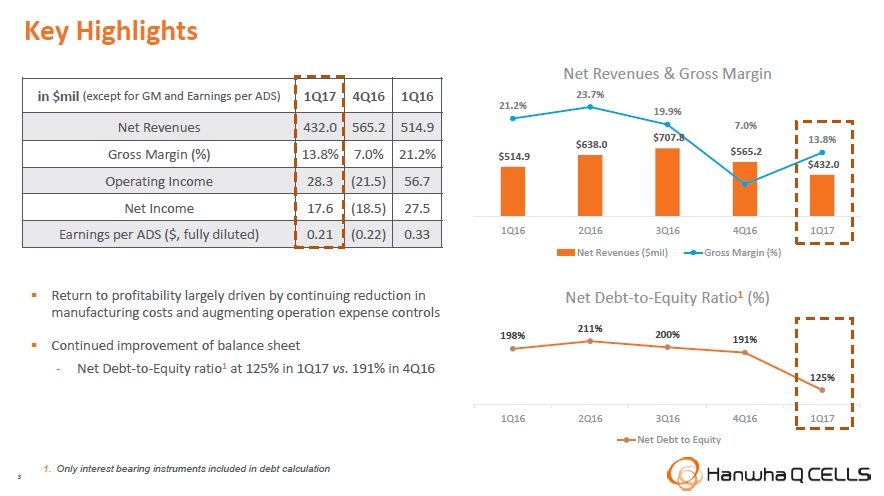 The company reported a small net loss of US$0.4 million in the first quarter of 2017.