How solar manufacturers can contribute to the ‘Make in India’ dream 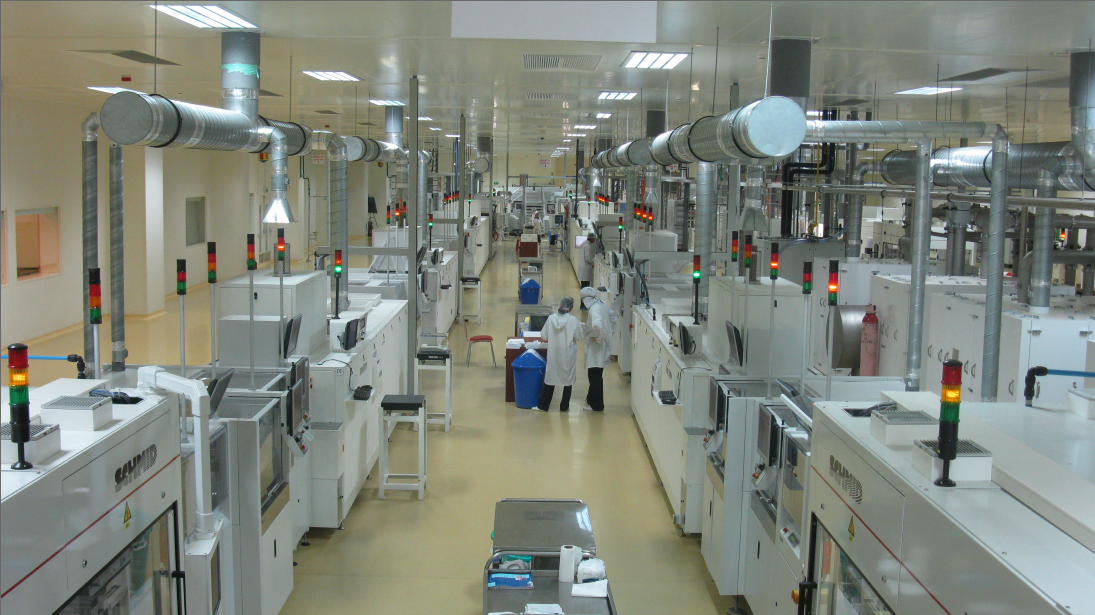 One of the initiatives of prime minister Narendra Modi’s 'Make in India' campaign is to project India as a sustainable country on a global platform. He once said:  “Let us turn to the Sun to power our future.” So currently we are racing against time to accomplish one of our most ambitious solar targets ever – 100GW by the year 2022. Adjacently, India is constantly emerging as a key growth market for the Chinese suppliers, raising major concerns over the roadblocks being created to hinder the growth of solar energy in the country. As solar manufacturers, we are striving hard to increase our contribution towards the ‘Make in India’ Dream, but the issues surrounding policy, financial, and social aspects are rolling hurdles that cast a shadow on bringing a paradigm shift in the solar sector. We have tried to critically examine the multiple factors responsible in building India’s solar energy portfolio, below:

Various analysts claim that anti-dumping duties would only give a short cash injection to India's current PV manufacturers and would fail to actually cause a boost in manufacturing capacity in India in the long-term; we think otherwise. Citing an example of something that happened in Turkey, as soon as manufacturers realize that there is a large market of a certain product, they know that they need to localize themselves in order to be competitive. They don’t believe in dumping products from overseas to stay in the competition. India has to apply the same theory here, once we set up manufacturing plants for module and cells domestically, there will be multiple positive effects of doing so.

Since 2015 various reports have suggested that Chinese companies are looking to start local manufacturing in our country, this automatically clears the air on the short-term cash injection. The pace will comparatively expand and force will be controlled. Also, it is a five year period, and no solar manufacturer will let this five year period go without participating, and no one can be a participant in the market unless they have local manufacturing.

There are places where this tactic has not been favourable, like Europe and The US. The major reason being, it was too little and too late.  Most of the manufacturing had already died, and then the circumvention though South East Asia and fraudulent means was so rampant that the measures were not really effective.

Another major concern for domestic manufacturers is our unending reliance on Chinese imports. We are surprised at how this does not ring the bell as a national security concern. Reports have already been presented in the Indian Parliament that talk about our extremely skewed imports. Almost 90% of our imports are coming from one country. And from the standpoint of national security, current account, deficits and cyber issues, it not at all a healthy position for us to be in. In the solar industry, currently, 85-90% of the solar module installations are from China.

A similar situation has been replicated once before in the case of power turbine equipment and power grids. When heavy Indian industries like BHEL were sitting idle due to the crunch, developers were purchasing turbines and other equipment from China. The costs were no doubt extremely low, but the facts on fares, security and cost of operation were extremely disturbing. We have to realize that India is at geopolitical risk. Last year we imported solar panels worth US$3 billion dollars from China alone and this year as well, we are doing a run rate of US$4 billion dollars. It is not really rocket science to comprehend that as solar deployment increases our dependence in China will also keep multiplying, which is not healthy for our economy at all.

Around two years back, Thinktank reports mentioned that our solar expansion will become strategic to India's energy mix after 2020. This implied, that for all of the new capacity added in a particular year, more than 50% of it will be solar. And if we are dependant on imports for that amount of energy capacity build up, we are certainly putting ourselves in a delicate situation. Interestingly, we have already begun facing an almost similar situation in 2017, as 40% of all new capacity as of now is based on solar. So solar energy is not going to, but it has already become strategic to the energy growth of the country and consequently the economic growth of the country.

Benefit from Indian made modules

With the huge potential that we hold, the Indian market is capable of showing an incredible growth rate. Solar is indeed a strategic industry that is fuelling our economic engine and having a large ecosystem will stand in our favor; which is what the benefit of expanding Indian made modules will do. Once we begin manufacturing Indian modules in plenty within the country, then other major components associated with it, like junction boxes, PVA, glass, batteries, wafers and so on will also get developed locally. This will make the market more competitive as we will accomplish economies of scale. This will further create R&D clusters and we will be abe to initiate our own research and development instead of depending on 3rd party involvement like the US and Europe. Just so you know, developments in America are only limited to Labs and the real, on ground products are now developed out of Asia.

Policies in support of local manufacturing:

In order to compete with dominant countries like China, Europe and the US, we have to initiate integrating approaches that will support local manufacturing. We can only become globally competitive when our solar industry develops a larger policy framework that supports domestic manufacturing plans. To begin with, it is integral that domestic manufacturers get avenues to rigid quality orders that require certification and standardization of imports according to the Indian specification registered with the BIS. There is also some expectation around the expansion of a WTO compliant DCR mandate in domestic content for both utility-scale as well as rooftop PV.

Sadly, with the manufacturing being on the fragile front, banks are not ready to start lending yet. Access to capital benefits from financial institutions and a possible technological up-gradation fund would be a boon. Interest subvention and a sufficient, regular banking appetite with a consistent pipeline of demands, which is otherwise weakened and disturbed due to imports should be rectified. Tendering activities that disrupt the whole functioning of the market need to be less sporadic and more streamlined.

Once the whole sector has been well contoured, there will be major benefits for the Government as well. Taxation on producing locally, taxation on salaries and contribution through provident funds, ESI funds will favor the Government’s finances. Furthermore, R&D will rapidly increase and so will technology and employment. The Skill India initiative will also flourish as hiring from core manufacturers will begin on a large scale. As the initiation of mass production from component clusters in panels as well as cells begins, we can backward integrate into products like wafers and polysilicon making us more self-reliant.

The 'Make in India' campaign is designed to facilitate investment, foster innovation, enhance skill development, protect intellectual property and build best in class manufacturing infrastructure. The eventual aim is to ensure that India becomes a preferred destination for manufacturing across the world.