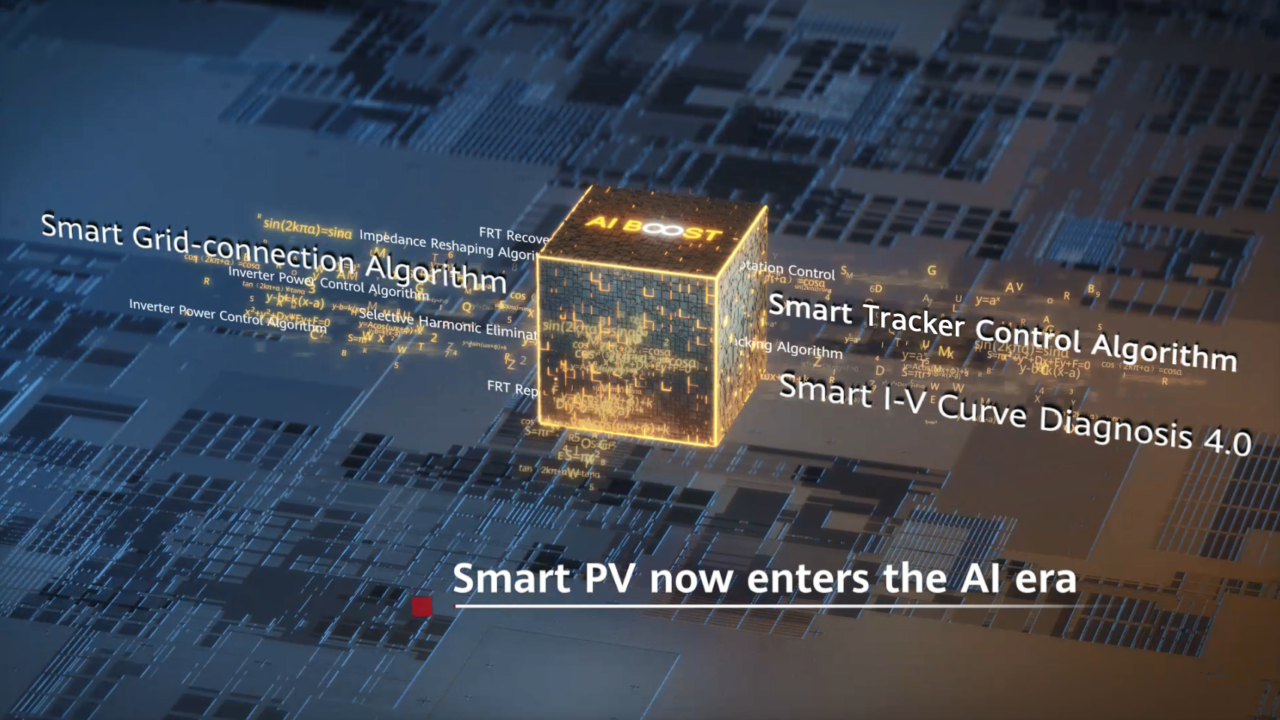 Guoguang Chen replaced Yingtong Xu at the end of 2019 as president of Smart PV division of Huawei. Having completed the handover in March 2020, the new leadership was expected to usher in a new decade for the company’s smart PV business.

Starting its PV business in 2010, Huawei launched its first inverter products at the end of 2013 and took the lead in string inverters in 2014. In 2015, the company became the global leader in inverter shipments, a position it laid claim to until 2019.

From centralised to string inverters, Huawei's entry saw the company introduce new ideas and technologies to the PV industry, be it traditional, digital or the current AI+ PV technology. Huawei will continue to add to this in 2020, but with another new element – storage – in its repertoire.

Residential PV as an entry point

Speaking to PV Tech, Guoguang Chen said, “In the year I took over, we made an important decision to include storage products in our industry strategy.”

So far this year, more and more provinces in China have called for solar+storage installations, and the storage element has been evolving into something of a precondition for project commissioning and approval.

“Now, the grid connection costs for renewables, through our efforts from previous years, have been reduced to a very competitive level. Grid parity projects are being built in Class-1 areas in China this year and most overseas regions have welcomed the grid parity era. Nobody talks about subsidy any more. The share of PV power is bound to rise, and the grid will be impacted anyway.”

“The consensus reached is that storage products must be launched right now. Renewable power is uncontrollable and cannot be stored, so what can we do with it? Storage products give the answer. Solar-storage will further bring down power and storage costs to introduce more PV power supply cases. Guided by the company’s overall strategy, Huawei is moving away from its original PV-focus to develop integrated grid solutions.” 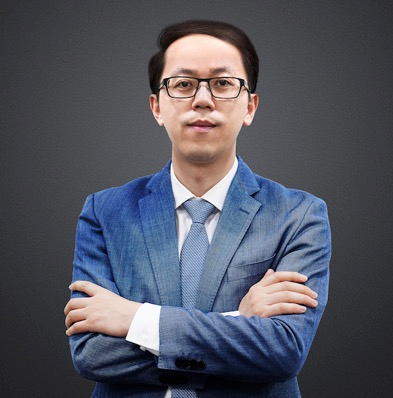 At the 2020 SNEC exhibition held in early August, Huawei showcased its 24 hour Green Power Solution targeted at the residential market, which promises to kickstart a new era of energy consumption in this segment.

The 24H Residential Green Power solution, as the name suggests, means family users can enjoy 24/7 clean PV power. Solar energy generated in the daytime can cover all household power needs and charge the battery with surplus power. In the evening, the battery discharges to meet peak power demands at night and in the morning. In this way, household energy demands are met 100% by round-the-clock clean power.

At the core of this solution is Huawei's LUNA2000 smart storage product. Its 5-30kWh (LFP) modular battery design is capable of supporting flexible capacity expansion. Each battery pack has a built-in energy optimiser to manage independent charge and discharge. The new packs can be mixed with the old ones to realise the potential of each battery.

The average power consumption for a 200㎡ villa in China is calculated at around 3,000kWh per month, or 36,000kWh per year. The power price for a villa is in fact very high, averaged at 80 cents to more than one yuan/kWh. With this solution, solar energy has been turned into the main power source for villa occupiers, reducing their power costs to only 0.50 yuan/kWh. The solution maximizes PV power self-consumption, which generates more PV energy for daytime use and stores more energy for consumption at night.

The residential storage system signals Huawei’s formal entry into the residential PV market. Different from popular practices in the current and former residential market, Huawei has pitched its residential products at the high-end of the market. The 24H Green Power Solution is designed for villa family users in the first instance.

“We are working in a market that differs from the 7GW (China market), subsidised residential market; we are aiming at high-end customers. This market is based on self-generation and self-consumption, not bothering with the subsidy policy.”

Huawei has forecasted for around 20,000 orders to be placed for its residential storage solutions by the end of this year. It is interesting to note that an AI element is incorporated in the 24H Green Power solution. Taking the “Smart AI Arc Protection” for example, it is the first time that Huawei has included AI algorithms into AFCI, which, through more accurate arc detection and faster fault protection, can help guarantee safety of distributed PV installations.

“Safety is first and foremost for both residential and distributed installations. Our users and companies must feel absolutely safe in the first place. A large number of fire accidents are directly caused by DC arcing. How to accurately identify DC arcing has posed an industry challenge, and that’s the very reason we’ve decided to research into smart AI arc protection.”

According to Huawei, in addition to commercial applications, this storage solution will also change what is possible for EV charging. Charging piles and PV-storage systems can be installed without any modification to the original AC power supply. Characterised by unified management of these distributed energy, PV and storage installations, the virtual power plant (VPP) is able to provide better support for the behind-the-meter market.

Earlier this year, Huawei released a “Top 10 Trends in Smart PV” report to take a closer look at the prospects for the storage and residential markets. According to the report, PV-storage plants will top 30% by 2025.

Guoguang Chen said: “We have core technologies and abundant experience in this regard. Taking storage in the communication segment for example, we can use software to manage the battery in a refined and intelligent manner. When it comes to battery cycle life and charging/discharging cost control, we’ve been doing a better job than other manufacturers. It is where our strength lies. We have rich experience in storage applications, covering PV-storage micro-grids, power supply for communication sites, data centers and terminal equipment.

“What we value is PV-storage integration in the future. PV and storage need to be integrated in a meaningful way to play the role of a generator for supporting the grid. The grid no longer needs to rely on traditional thermal power.

“So there is still a long way to go in technology R&D for PV power systems, especially in software, control and grid-connection.”

Reshaping the landscape of power generation

Huawei’s storage strategy is built on its strong background in smart PV. For Huawei, the PV integration strategy remains unchanged and will move further.

“Of the nearly 20GW of tenders issued by central enterprises this year in China, more than 80% have opted for string inverters, representing over 20% of all power plants globally. I think that is also the choice of the industry.”

Guoguang Chen has mixed feelings about the unified push for string inverters within the industry now, in stark contrast to the company’s lonely fight a few years ago.

“Over the past few years, Huawei was almost the only company advocating string inverters. This year we’ve noticed the most significant change in technology routes within the industry, that is, the acknowledgement of string inverters. Our early efforts were well worth it, the entire industry is now looking in that direction.”

Following string inverters, Huawei has brought about innovative concepts such as smart PV, digital PV and AI+PV in succession, exerting a subtle influence on the PV industry.

Guoguang Chen said: “Huawei introduced AI technology into the PV industry for the first time in 2018. Known as AI + PV1.0, it was about using smart IV diagnostic technology in O&M and integrating AI algorithms into the grid. AI1.0 aimed at LCOE reduction to build a more user-friendly grid.

“Looking to the future, we are planning AI 2.0, which will integrate PV-storage scenarios to reconfigure PV plants. The traditional, synchronous generator will be gradually replaced by a PV generator to restructure the entire grid. The purpose is to let renewables become the mainstream energy source.”

It has been reported that Huawei’s FusionSolar has engaged in all-round cooperation with companies, both domestic and overseas, such as SPIC, CGN, Huaneng, Tongwei and Enel. An innovation centre has been jointly established with module, box transformer, inverter and rack companies to foster the industrial ecosystem.

“The PV industry is in the middle of an explosive period of digitalisation and smart technology, to be followed by more innovative technologies, such as the Cloud, 5G and AI. All these will continuously give rise to new experiences and new models, while cross-industry integration can generate breakthrough innovation technologies and differentiated solutions.”

Guoguang Chen concluded, “Huawei is now standing right before a new track. We are obliged to integrate PV with these innovative technologies, to drive the industry into a broader market, and to shape a great future together.”