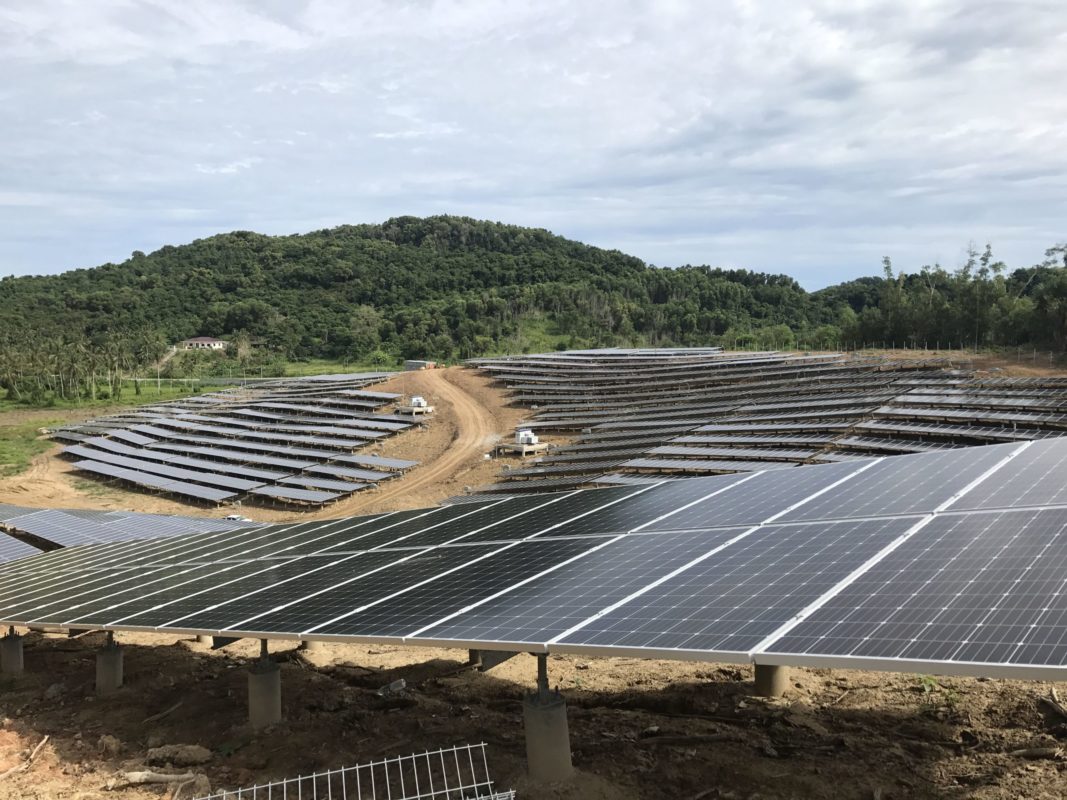 According to Huawei, the Sabah project is deploying its FusionSolar Smart PV Solution, including smart PV string inverter SUN2000-42KTL, and smart array controller that integrates the SmartLogger, PLC, and Anti-PID Module functions.

Key to the project is the ability to limit energy yield loss due to shadowing, different PV module orientations, or PV string mismatch due to the extreme undulation of the ground. Huawei’s Smart PV Solution can track the maximum power point (MPP) of every one or two PV strings, significantly reducing PV string mismatch.

An extra benefit with the string-level monitoring is that it allows improved detection and diagnostics low energy yielding modules, improving efficiency and simplifying maintenance. Huawei’s Smart I-V Curve Diagnosis is designed to locate problematic PV strings and analyzes the root cause with Huawei’s big data technologies such as data mining and pattern recognition, reducing testing costs compared to traditional methods, according to the company.

Environmental challenges include the hot and humid climate, a challenge for PV inverters. Huawei’s string inverters meet IP65 protection levels and do not use fans for cooling.

The company said that around 2MW of systems has already been commissioned at the power plant, which is expected to be completed by the end of 2017.

26 August 2021
In this webinar, JA Solar will present its product portfolio based on the latest technologies to improve your PV projects, ensuring maximum reliability and performance. During the webinar we will receive insight from JA Solar about its solar technology roadmap and how the manufacturer is providing customers with innovative solutions to suit their needs, while we will also analyse how to determine the best product solution for each solar project.
china, huawei, ja solar, malaysia, o&m, pv moduletech, pv power plants, pv string inverter, solar and off grid renewables: south east asia, spic energy malaysia