The International Energy Agency has heralded the beginnings of a global shift to low carbon energy sources, but reiterated earlier calls for bolder action in the pending Paris climate talks.

In its annual ‘World Energy Outlook’ report published today, the IEA revealed that in 2014 renewables accounted for almost half of the new power generation capacity built worldwide and have now collectively become the second-largest generator of electricity after coal.

This prompted the agency to declare the “unmistakable signs” that an energy transition is now underway, also citing its own projections that, based on conservative estimates, renewables will replace coal as the biggest source of electricity generation by the early 2030s. It predicts renewables-based generation will reach 50% in the EU by 2040, around 30% in China and Japan, and above 25% in the United States and India.

But the IEA said the trajectory of emissions reductions from the global energy system was still insufficient to prevent global temperatures rising above 2 degrees Celsius, the accepted threshold of dangerous levels of warming. Based on current trends, a long-term temperature increase of 2.7 degrees Celsius is likely, the IEA.

Thus the agency said a “major course correction” was still required to achieve the world’s agreed climate goal of containing global warming within the 2-degree limit, with the COP21 climate talks in December providing the stage for the international community to instigate such a process.

“A clear and credible vision of long-term decarbonisation is vital to provide the right signals for investment and to allow a low-carbon, high-efficiency energy sector to be at the core of international efforts to combat climate change,” the IEA said.

IEA executive director, Fatih Birol, said: “As the largest source of global greenhouse-gas (GHG) emissions, the energy sector must be at the heart of global action to tackle climate change.

“World leaders meeting in Paris must set a clear direction for the accelerated transformation of the global energy sector. The IEA stands ready to support the implementation of an agreement reached in Paris with all of the instruments at our disposal, to track progress, promote better policies and support the technology innovation that can fulfill the world’s hopes for a safe and sustainable energy future.”

The IEA has already outlined a series of measures that it maintains would bring about a peak in energy-related emissions by 2020.

One significant factor in favour of renewables, particularly PV and wind, is their falling costs.

“Policy preferences for lower carbon energy options are reinforced by trends in costs, as oil and gas gradually become more expensive to extract while the costs of renewables and of more efficient end-use technologies continue to fall,” the IEA said.

Related to that, fossil fuels continue to attract significantly more subsidies than renewables – US$490 billion in 2014 compared to US$112 billion for renewables, the IEA estimates. Ongoing subsidies for renewables are required in its main projections, but this is restrained by a shift in deployment of renewables such as PV in countries with high-quality resources and ongoing cost reductions.

By 2040, the IEA estimates that the proportion of non-hydro renewables competitive without subsidies will double to one-third 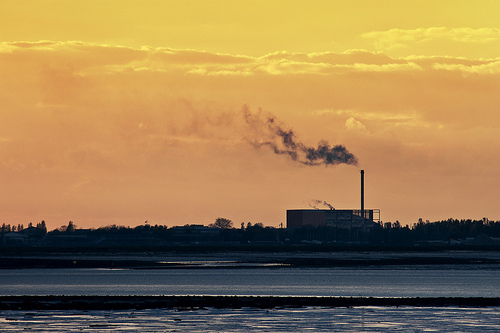