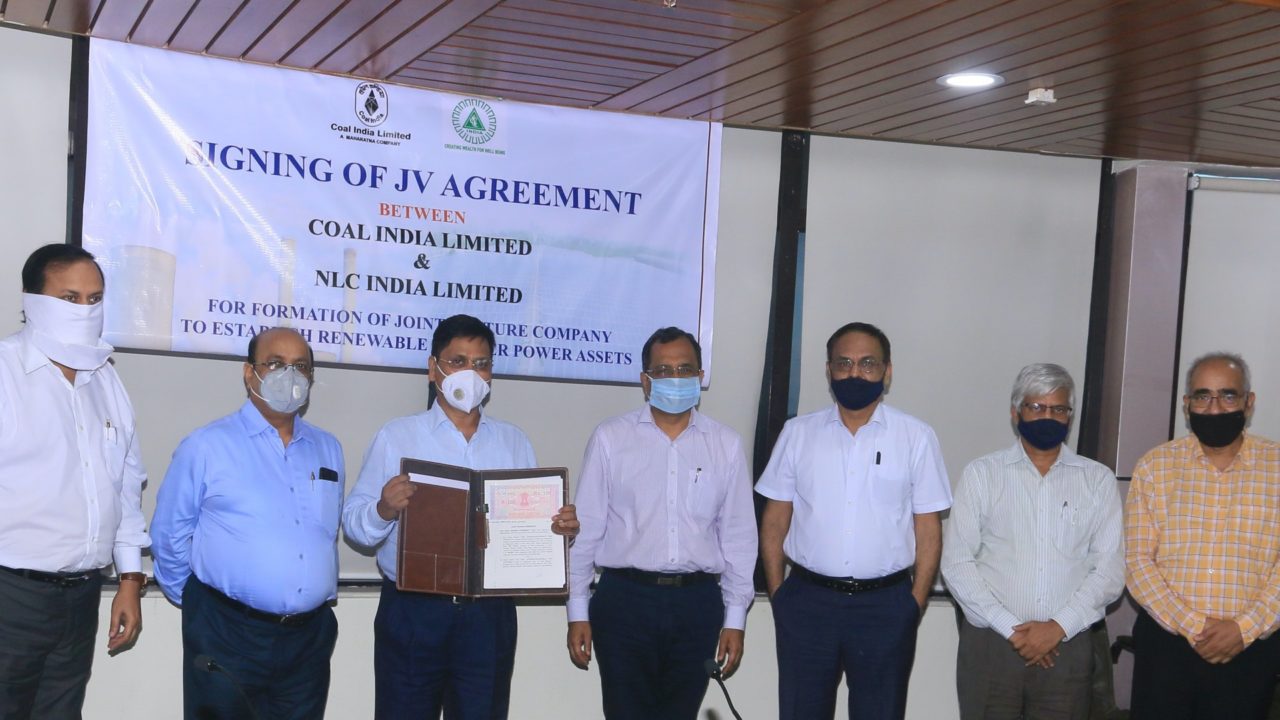 Two of India’s state-owned fossil fuel companies have launched a joint venture to develop solar PV assets in the country.

Coal mining and refinery firm Coal India is to partner with lignite and thermal power company NLC India are to develop solar PV and thermal power assets throughout the country, a note to India’s national stock exchange issued on Friday said.

The JV will be owned equally by Coal India and NLC, with each company nominating three directors to the as-yet-unnamed company’s board.

Coal India celebrated the signing of a Memorandum of Understanding on Twitter.

While no further details have been forthcoming from either company, local reports suggest the joint venture will receive an investment of INR120 billion (US$1.6 billion) to bring forward roughly 3GW of additional solar capacity.

Although NLC’s generation portfolio primarily comprises coal and lignite-fired plants, it does have more than 1.3GW of solar PV output in the country. Its website currently states it has an additional 2,651MW of solar capacity in its pipeline, however it is unclear as to whether this includes any prospective capacity additions from Friday’s announcement.

The announcement follows considerable activity in the Indian solar market, not least of all renewed discussion around the country’s intent to stimulate a domestic solar manufacturing through the implementation of punitive tariffs on components imported from China.

Late last week two existing domestic manufacturers said however the duties – planned to increase to 40% in some cases next year – do not go far enough, instead suggesting duties of at least 50% would be required to enable homegrown manufacturers to compete.