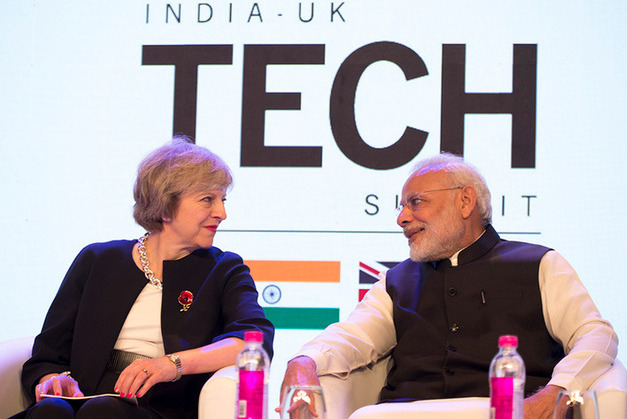 Indian prime minister Narendra Modi will visit the UK on 18 April during which he will welcome the European country to join the International Solar Alliance (ISA) as its newest member.

Following an invitation to London by prime minister Theresa May, Modi said: “My visit to London presents another opportunity for both countries to infuse fresh momentum to this growing bilateral engagement. I will be focusing on enhancing India-UK partnership in the areas healthcare, innovation, digitization, electric mobility, clean energy, and cybersecurity.”

The ISA had its founding ceremony in New Delhi last month, spearheaded by Modi and French president Emmanuel Macron, with multiple development banks signing significant partnership agreements. The Alliance has its eye on 1,000GW of PV with US$1 trillion funding by 2030, mainly through promoting skill sharing and bold international efforts to progress solar in emerging markets – particularly in countries located between the tropics.

India, which regards European innovation highly and has had a clean energy partnership with Germany for many years (Indo-German Energy Forum), is also looking for established markets including the likes of the UK – a multi-gigawatt PV market – to support this knowledge sharing.

Indian power minister R.K. Singh had recently urged the Indian solar industry to look abroad and set up projects in member countries of the International Solar Alliance (ISA), but no such request has been made of developers from other countries as yet.

The ISA already has at least 60 signatories, of which 30 have ratified the agreement, having been launched by Modi in partnership with France back in 2015.

This week, Modi will also be visiting Sweden where he will also be discussing clean energy among a host of other topics.

28 June 2023
Join us in London for 2 days as we look at the UK’s new landscape for utility & rooftop solar. Understand the new opportunities within this GW-plus annual market!
india, international solar alliance, isa, modi, theresa may, uk