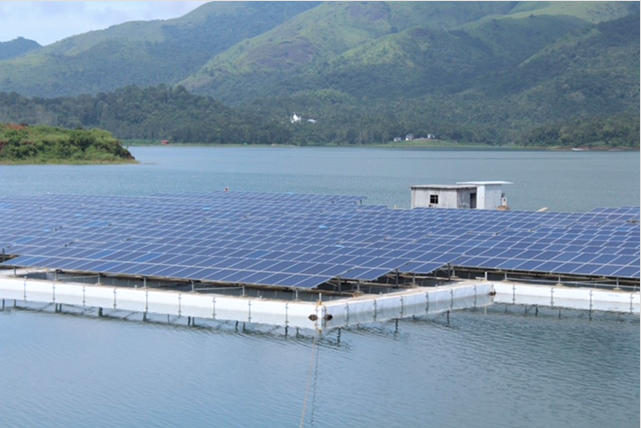 That is according to a Press Trust of India (PTI) report, which says the company has proposed 1,776MW of floating solar projects in four of its dams in the states of West Bengal and Jharkhand.

DVC member secretary Prabir Kumar Mukhopadhyay told the news agency that the firm plans to carry out the projects in three phases, the first of which will have a capacity of 50MW.

The move represents a significant solar buildout for DVC, which is predominantly focused on coal-fired generation and hydropower, with an installed capacity of more than 7.2GW. Mukhopadhyay said the corporation has, however, retired old thermal facilities with a total capacity of 840MW in the last two years.

The potential of India’s floating PV market was detailed in a recent report from think tank The Energy and Resources Institute (TERI), which found that the country’s reservoirs could be used to generate 280GW of solar power, with the states of Maharashtra, Karnataka and Madhya Pradesh showing significant promise. The study calculated the possibility for floating solar on the basis of 30% of the water surface area of the country's medium and large reservoirs.

TERI says that while ground-based installations currently represent around 93% of India's grid-connected solar PV sector, the country needs to explore and establish floating solar to meet national targets for renewable energy additions. It is estimated that the global annual capacity additions from floating solar in the country may rise from the 1.3GWp in 2018 to 4.6GWp by 2022.

“Floating solar PV could be a potential option for accelerating solar power deployment in the country, which would ultimately help in achieving NDC (nationally determined contributions) goals. It is time to look for bringing a conducive policy framework to encourage tapping this potential,” Ajay Mathur, director general at TERI, said.

The technology is also being harnessed by NTPC, India’s largest power company, which has around 250MW of floating solar projects under construction. The majority state-owned utility is aiming to develop more than 5GW of new solar capacity over the next two years as part of efforts to reduce its carbon footprint. The firm announced last week it will not to acquire any further land for greenfield thermal projects “in the near future”.