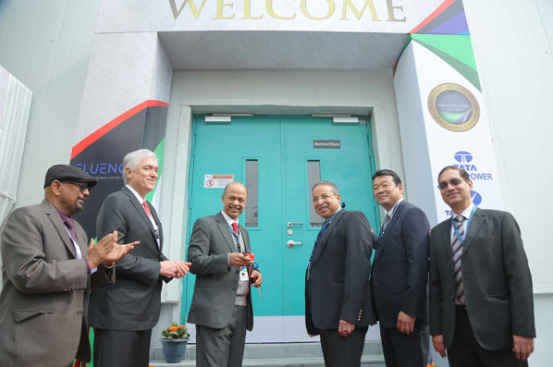 An inauguration event was held for the 10MW / 10MWh system on 13 February at the site in Rohini, Delhi. It is located at a substation owned by Tata Power Distribution, the grids and networks business of India’s mammoth Tata Group. Owned and operated by AES Corporation and Mitsubishi Corporation, which have jointly delivered the project, the system will help provide flexibility to the local grid.

As solar on the grid increases in India, thermal power plants will start to be shut off during the day. As the power contributed by solar wanes with the sun in the evening, there can be the potential for a shortfall of energy as evening peak demand occurs. Using battery storage has the potential to greatly mitigate the need for thermal power plants to ramp up, or even to be there at all. At present this need is resulting in 57GW of ramping requirements over 6 hours each night in India.