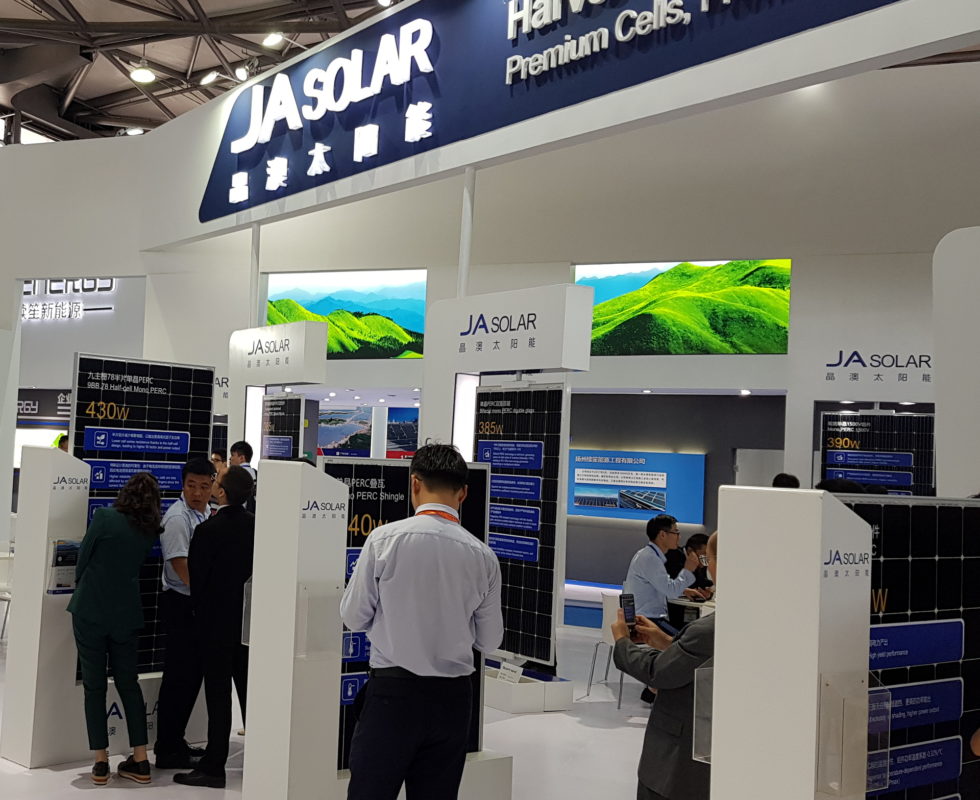 The buyout of a small heavy lifting engineering firm, Qinhuangdao Tianye Tonglian Heavy Industry Co has taken around a year to complete with a transaction cost of RMB 750 million (US$106.6 million). The small cap had revenue of around US$50.3 million in 2018.

The transaction has been technically completed after SSE documents highlighted the change in the name of the company to JA Solar Technology Co., Ltd.

Another SMSL member, Trina Solar is also going through the process of relisting in China, after delisting from the NYSE in March 2017.

Upon Trina Solar’s relisting, the only SMSL member remaining private after delisting from the NASDAQ earlier in 2019, is Korean-based Q CELLS.

Major China-based merchant solar cell manufacturer, Aiko Solar is also in the process of an IPO in China.

6 October 2021
The future is bright for a new era of US solar and storage, and the 8th annual Solar & Storage Finance Summit will provide opportunities to discuss solutions to the industry’s challenges and provide a networking platform designed to bring together the top minds in the industry to do business. With a mix of high-level, informative presentations and panels, a stellar cast of speakers and audience members with deal-making capacity, the 2021 edition of the event will be a sell-out success.
c-si manufacturing, china, finance, ja solar, monocrystalline wafer, pv modules, shenzen, smsl