The manufacturer has approved plans to invest in taking solar cell capacity to 10GW, up from previous plans to build a 6GW solar cell facility alongside a 6GW module assembly plant.

JA Solar said that the plans included a two-phase approach. The first phase would be a 6GW solar cell and a 6GW module assembly plant, with a total planned investment of around RMB6 billion (US$926 million).

The second phase would include a 4GW solar cell expansion with an investment of around RMB4 billion (US$617 million). 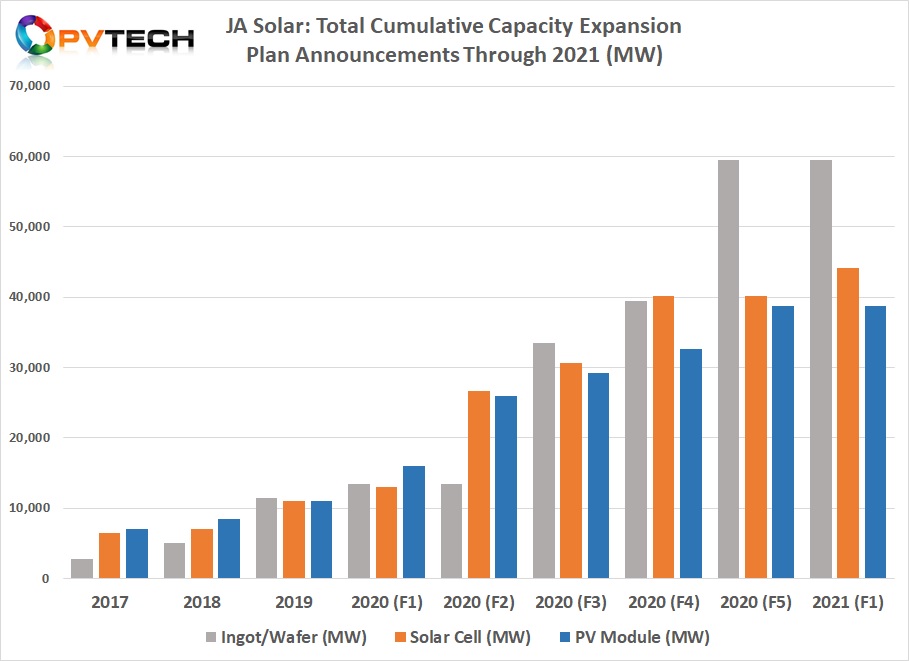 The first phase of the project would be completed within three years from the beginning of 2021, which included the module assembly plant being operational at the end of 2021.

The 4GW second phase would be subject market demand and negotiated separately with the ETDZ, according to the company.

Combined with a series of previous expansion plan announcements, JA Solar could achieve a total of around 35GW of module assembly capacity in 2021.

However, this is subject to change as projects previously announced begin construction through to production ramps of monocrystalline wafers, cell and modules at multiple sites, mainly in China.