The combined four customer orders account for approximately 3.94 billion large-area wafers with supply starting in January 2021 through to the end of 2023.

The largest order received was from Solar Module Super League (SMSL) member JA Solar which was valued by JYT to be over RMB4.8 billion during the three-year contract.

JA Solar has historically met its wafer demand in-house with announced plans to take ingot/wafer capacity to almost 60GW in multiple phases over the next few years, up from 11.5GW of nameplate capacity in 2019. The manufacturer's order was announced on 7 January and is for approximately 1.26 billion wafers.

Tongwei has previously secured the majority of its wafer needs from long-term strategic partner LONGi Group.

The third largest order was placed by Jiangsu Runyang Yueda Photovoltaic Technology Co (Runyang) worth RMB3.689 billion over the three-year contract, accounting for approximately 946 million wafers. This order was also signed on 7 January 2021.

Jiangsu Xinchao Photovoltaic Energy Development Co (Xinchao PV) placed the smallest of the four orders on 23 December 2020 and was valued by JYT to be worth around RMB3 billion. JYT will supply a total of around 774 million wafers over the three-year contract.

The total investment in the large facility was said to be around RMB7 billion (US$1.0 billion), which would be built in two 12GW phases. The new project could take several years build and then fully ramped, according to the company. 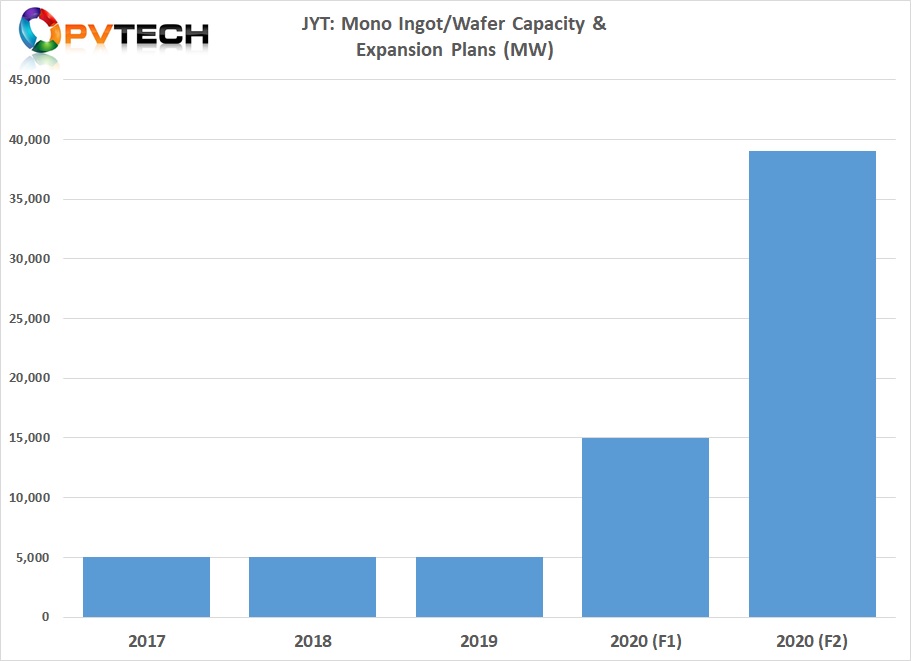 It should be noted that the initial 5GW wafer plant did not have any meaningful impact on revenue growth over the course of the three years it took to ramp. 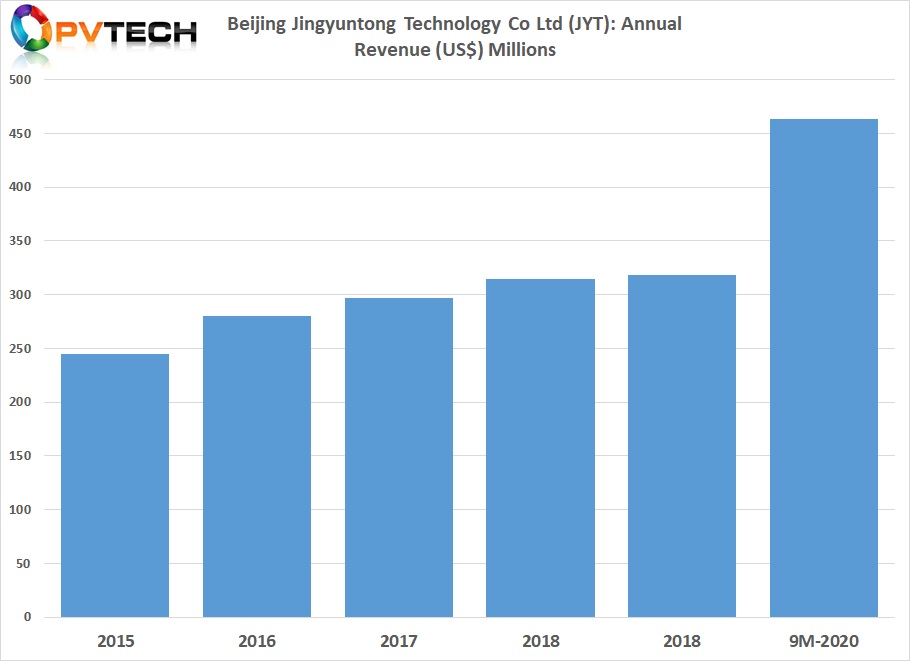 However, from the first nine months of 2020, it is clear that the wafer business revenue has made a meaningful contribution and is set to become the key drIver of revenue growth going forward.

November 12, 2021
Module pricing volatility is set to remain until at least Q2 2022, with numerous developers and distributors telling PV Tech Premium that prices are expected to remain as high as US$0.32c/W in the near term at least.