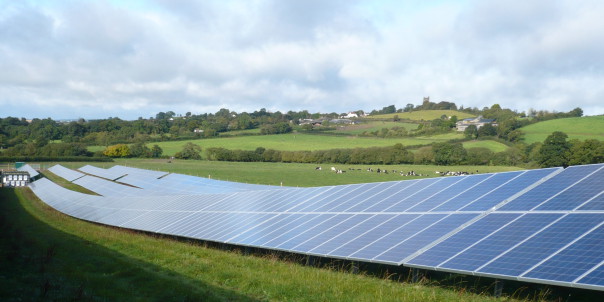 Lightsource BP is proposing the development of a 49.9MW solar farm in Nottingham, UK, with a 700MW global pipeline announced.

The UK solar firm will fund, develop and build the farm on 205 acres of land at Inkersall Grange Farm. A biodiversity management plan is to be developed in conjunction with the planning application for the enhancement of the site for local wildlife.

A community consultation is to be held on 20 May 2019, where Lightsource BP will provide further information on the proposals and gather feedback from local residents.

The project is the latest of Lightsouce BP’s large-scale ambitions, with the firm pushing a weighty stream of solar into the UK market over the last few months.

The firm claimed to have sealed the largest unsubsidised solar deal in the UK in December 2018, partnering with Budweiser brewer AB InBev for 100MW of solar. The deal came just weeks after announcing a 300MW pipeline of PPA-backed solar in the UK.

Conor McGuigan, director of business development for Europe at Lightsource BP, said: “Solar energy is not only clean and renewable, but it also generates locally-produced electricity. This makes solar an important part of meeting the global rise in energy demand efficiently and more sustainably.”

Lightsource BP’s current plans expand past the boundaries of the UK, however. In a separate development, the firm intends to deploy a 700MW-plus solar pipeline globally after securing £150 million in debt funding.

14 September 2022
Join us in London for 2 days as we look at the UK’s new landscape for utility & rooftop solar. Understand the new opportunities within this GW-plus annual market!
lightsource bp, nottingham, uk