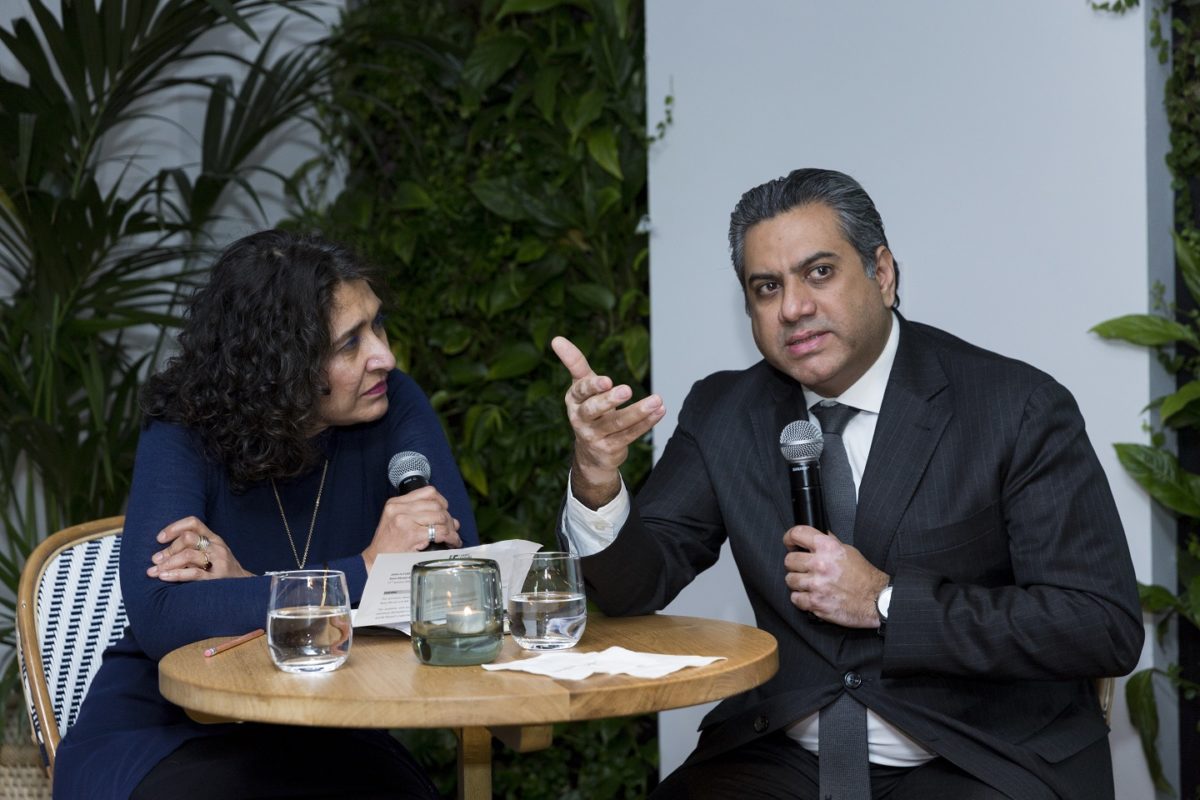 India is “doing enough” in its efforts to stage a renewable boom within a few years despite analyst warnings that targets may be missed, according to a developer active in the country for years.

Rahul Munjal, chair and managing director of Hero Future Energies (HFE), used an event in London this week to stress the firm wants to remain a central player in its home market of India following the relocation of its headquarters from New Delhi to the UK capital.

Addressing the gathering at Mayfair’s Conduit Club, attended by PV Tech, Munjal explained HFE has reached about 1.5GW of operational renewable plants in India and has got a further 1.5GW under construction. The plan, he said, is to finalise this second batch within 16 to 24 months.

At a Q&A session with BBC journalist Razia Iqbal, Munjal was asked about India’s odds of success with renewable goals. HFE’s chairman pointed at the country’s steep capacity targets, including a 175GW-by-2022 goal – up from 82.58GW last September – which analysts have said India might miss.

“The plans are massive. We’re the fastest growing renewable market in the world and there is no doubt about it,” the executive said. “Is enough enough? I have my views. Can India do more? For sure. But is it doing enough? For sure.”

Munjal added that HFE is working “very closely” with the state and wants to help ensure renewable power becomes “round-the-clock power” by bringing down energy storage prices. “If it was going to take five years on its own, how can we as a company make sure it’s three or four?” he said.

The Q&A session saw Munjal shed light on the rationale behind HFE’s move to London. The city, the chairman said, is “at the forefront” of the technological and financial fight against climate change. “There’s no other city in the world where I’d rather have my HQ,” he remarked.

Quizzed by the BBC’s Iqbal over HFE’s ambitions going forward, Munjal said: “We want to create solar assets in around 10 countries around the world in the next few years. If you become a big business you’ve got to be global, you have to leave India.”

“If you want to find more of these niche opportunities we need to be close to them,” the chairman continued. “We’ve got the advantage of our Indian engineering roots and we can be entrepreneurial, we can take bets in a way that some of our competitors can’t.”

Munjal did not elaborate on the specific markets HFE will be considering after its global debut but last November, when the firm announced the relocation to London, it listed Europe, Bangladesh, Singapore, Vietnam, Indonesia and the Philippines as its new targets for renewable plays.

The firm’s jump to the international stage has been bankrolled by United Arab Emirates player Masdar Clean Energy. Also last November, the Abu Dhabi firm said it will be sponsoring HFE’s expansion plans with a US$150 million capital injection.

HFE – an arm of the Hero Group – was supported by development financiers instead for its renewable work in India in 2017, raising US$125 million for the World Bank’s IFC. Following its global debut, the firm aims to have 5GW of installed and operational PV and wind worldwide by 2022