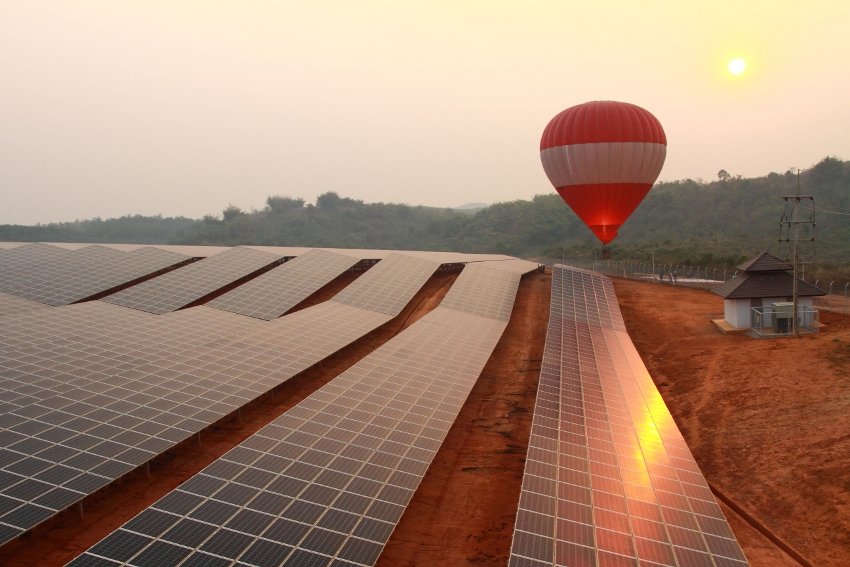 The output of a 16MW solar farm in Puerto Rico will be tied to an Aquion ‘saltwater’ battery, in one of the few current trials of moving solar power produced in the daytime to be used at night.

The overnight energy requirements of the large-scale PV plant Horizon Energy in Salinas, Puerto Rico will be provided by a 1.25MWh Aquion Aqueous Hybrid Ion battery, a device which has been deployed in various on- and off-grid projects since 2014. In a project executed by Sonnedix, the battery will be powered by its own mini solar array, of 250kWp output. Independent power producer Sonnedix said the battery system will make the 16MW facility “almost grid-independent”.

The installation will be controlled using software developed by California’s Geli (Growing Energy Labs Inc) and has been hailed by Sonnedix as a demonstration of making solar dispatchable and for providing so-called base load energy. Power controls come from Flexgen, headquartered in North Carolina.

While pairing solar with batteries for use in evenings and on cloudy days sounds like an obvious and logical utilisation of the technologies, in many regions of the world the economic case for doing so simply does not tally with the relatively high cost of batteries. In Europe, for instance, where the main peak in electricity demand occurs during the evening, there is little recognition of the value of stored solar to mitigate this peak. Also, lithium-ion, which is the battery chemistry most commonly paired with solar, is not suitable for this kind of long duration, high energy application – as opposed to short duration, high power applications, at which lithium batteries excel. However, Aquion batteries are, along with flow batteries, able to provide much longer durations of storage and withstand full charge and deep discharge cycles. A project announced in November last year in Thailand will use Aquion batteries to power nightime use of a bicycle track, for instance.

As recently mentioned in our coverage of another PV-plus-storage project on Puerto Rico, the island territory has become an early leader in energy storage. As with Hawaii, its isolated nature and lack of its own fossil fuel resources means that PV is cheap relative to the cost of importing fuel, while the high level of PV penetration on the grid has led to Puerto Rico’s regulators requiring all newly developed renewable energy projects to be paired with storage.