The SMSL member has officially opened its latest 5GW high-efficiency monocrystalline module factory in Chuzhou, Anhui, China at a cost of US$328 million. Construction had started in May, 2018, while the 2.5GW Phase 1 project is being commissioned the second phase expansion is expected to come online in the next few months.

According to PV Tech’s on-going analysis of global capacity expansion announcements, Longi Solar’s total nameplate module assembly capacity should exceed 13GW in 2019, the highest amongst solar module manufacturers, including leading SMSL member JinkoSolar, which is expected to have around 12.9GW of nameplate module capacity in 2019. 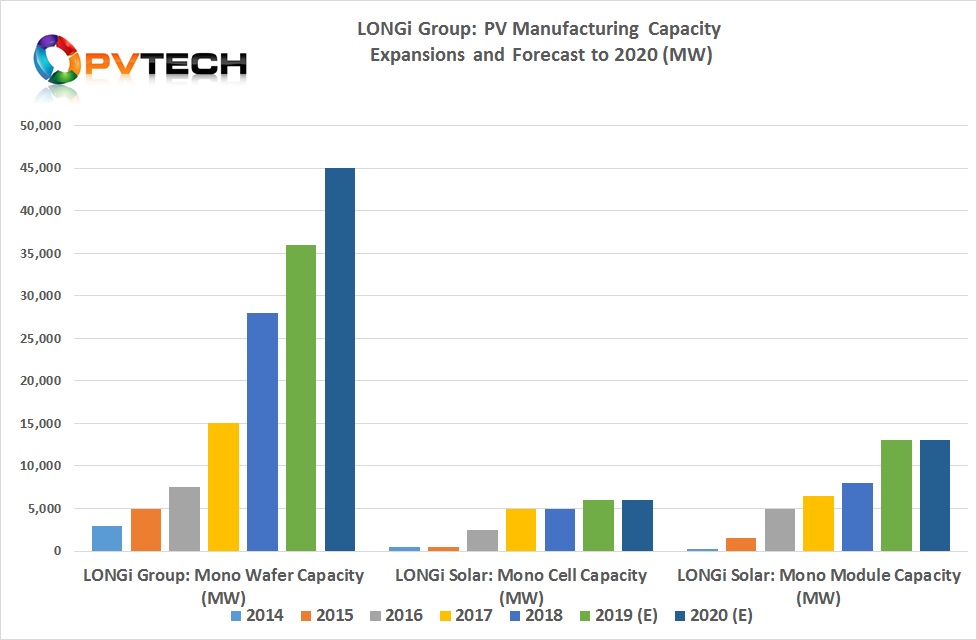 LONGi Solar’s latest assembly plant is said to be fully automated and equipped with leading-edge equipment that will produce its Hi-MO3 bifacial mono half-cut PERC module and other next-generation products.

Li Wenxue, President of LONGi Solar, said, “In 2019, our company identified a gap between fast-growing global orders and our high-efficiency cell and module capacities. LONGi Chuzhou factory will greatly narrow this gap. Besides manufacturing, the factory will also facilitate the transformation of technological and technical achievements to the mass production of new products.”

LONGi Solar recently announced plans to build a 1GW monocrystalline solar cell manufacturing plant in Kuching, Malaysia at a cost of US$125.5 million. The company already owns and operates 500MW monocrysalline solar cell and 500MW of module assembly production at the industrial park in Kuching.

Both Longi Solar and JinkoSolar are expected to update capacity expansion plans during the release for full-year 2018, financial results.