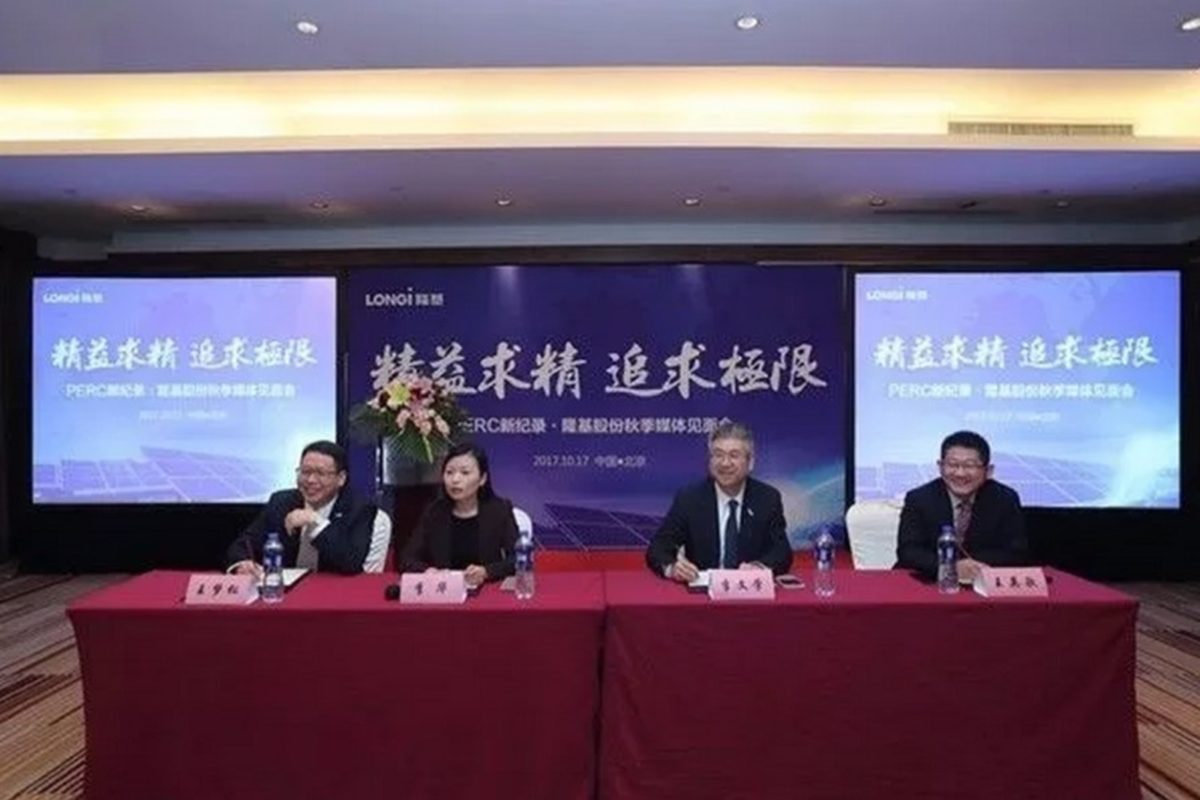 LONGi Solar reported a world record conversion efficiency for a P-type monocrystalline PERC solar cell which was initially certified by CPVT in China at 22.17% in April and with further developments at Fraunhofer ISE CalLab in Germany at a new record efficiency of 22.71%.

However, unlike many world record efficiency claims, LONGi Solar said it expected to take the 22% plus cell from its 100MW pilot cell line and start volume production only a few months later.

LONGi Solar also plans to deliver the 22.0% efficient PERC cell technology to ‘Top Runner’-compliant products used in the China market and said its module power rating would be in the range of 340W-345W for a 60-cell format by 2018. The company held a press conference in Beijing last week to announce the record cell.