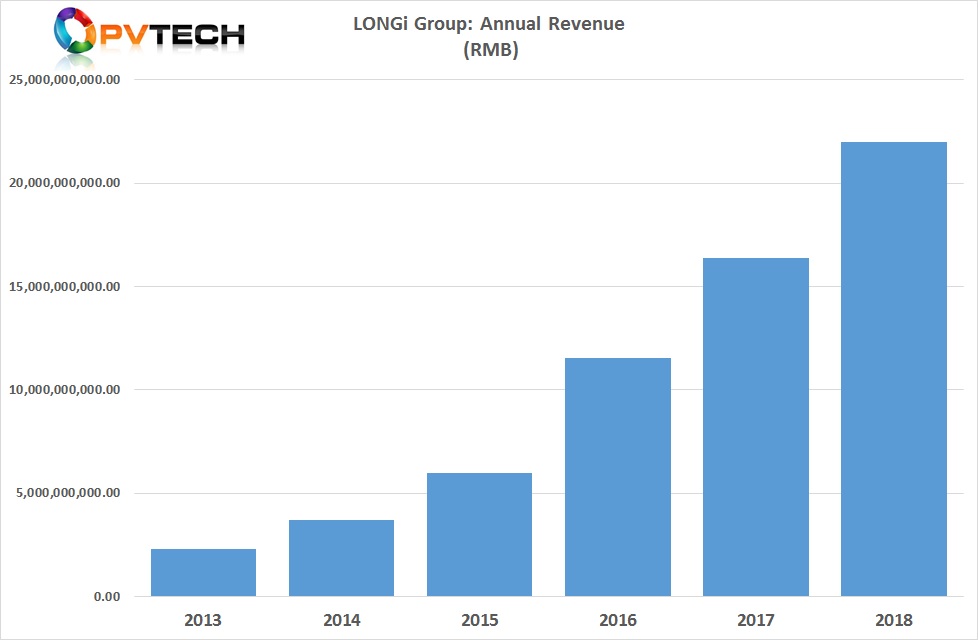 The company said that despite the 16.58% year-on-year decline in PV installations in China, which reached around 44.26GW, after the 531 New Deal was implemented, subsequent product (polysilicon, wafer, cell and module) price declines, notably in the second-half of the year had stimulated the growth of demand overseas.

Demand led to both a significant increase in monocrystalline wafer demand as PV module manufacturers shifted increasingly to high-efficiency products as well as the sale of its own modules through its subsidiary, LONGi Solar. 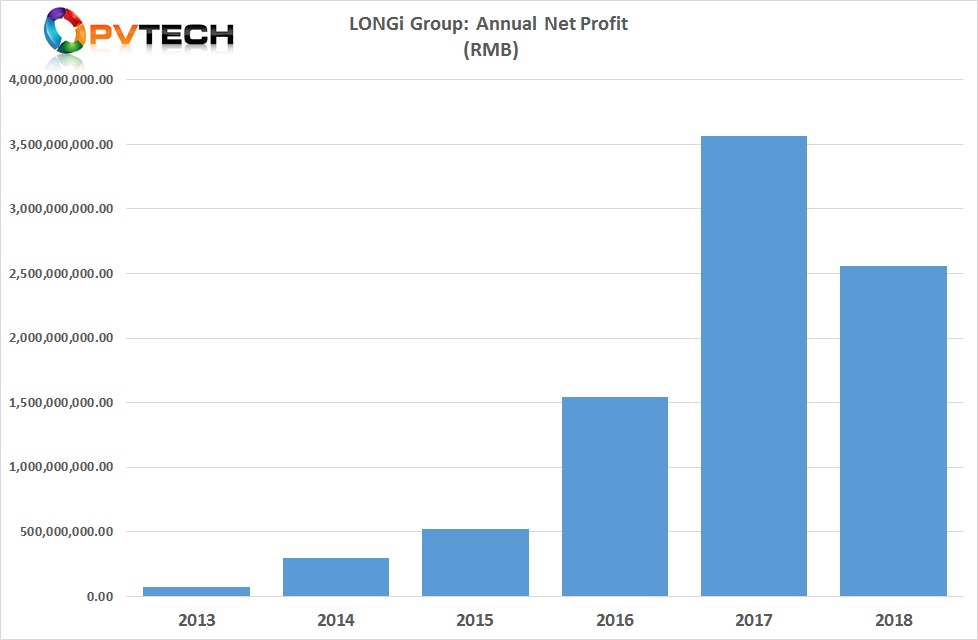 The profit decline was limited, due to the significant increase in product sales, manufacturing scale and cost reductions as well as technical advancements and product upgrades in the year but also hampered by the impact of provisions for inventory depreciation.