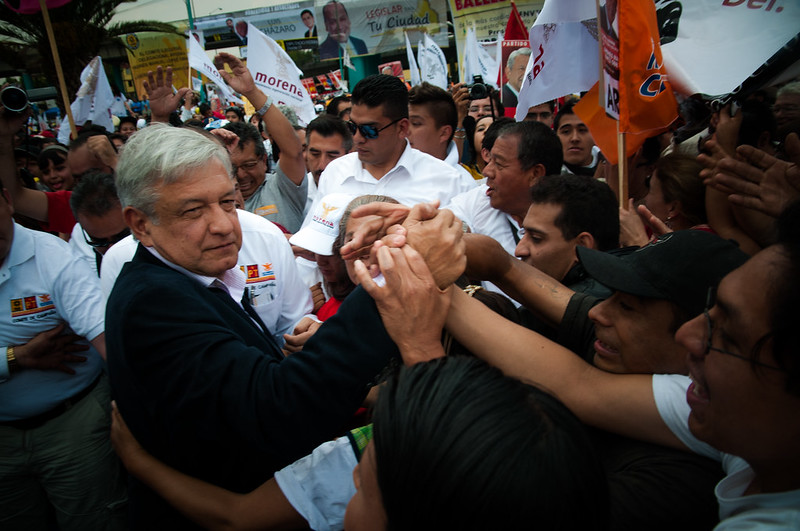 Renewable operators in Mexico have started 2020 with a confirmation that years-old state auction contracts may be reopened, with the plans now publicly endorsed from the government's very top.

This week, left-wing president Andrés Manuel López Obrador (commonly known under the AMLO acronym) used a press conference to signal a rhetorical hardening around the energy reform passed by his predecessor Enrique Peña Nieto, which he branded a “resounding failure”.

“No, we won’t be scrapping [renewable auction] contracts,” the president responded when pressed on this point by journalists in Mexico City. “However, some contracts will be revised as subsidies are being handed out to private [energy] operators.”

The possibility to reopen auction agreements was already floated last year by state-run utility giant Comisión Federal de Electricidad (CFE), which is bound to acquire renewable power as the contract offtaker. In April, CEO Manuel Bartlett said CFE wanted to revise contracts it had been “forced” to enter.

President López Obrador struck a similar tone this week, telling journalists: “People were cheated for long as they were told the electricity subsidies would benefit consumers, when this wasn’t the case. The biggest subsidy is for private businesses, which doesn’t happen anywhere else in the world.”

“We’re not doing anything arbitrary,” the government’s head went on to say at the daily press gathering in Mexico City. “We are only revising something that was very harmful for the general and public interest. We want competition and a free market, not this situation of privilege.”

López Obrador then had to field questions over whether the policy shift could impact renewable progress, an accusation he often received last year from critics of the decision to paralyse green energy tenders altogether. On Monday, the president countered by defending his administration’s renewable credentials.

“We will significantly foster renewable energy,” López Obrador told journalists, adding however that the focus will lie on hydro power, which he hailed as the “cleanest and cheapest” of all green energy sources. The state will this year release a plan to revamp legacy hydro plants with the latest turbines, he indicated.

AMLO’s unyielding stance over renewable contracts is anchored in his deep antipathy towards the broader energy reform of Peña Nieto, adopted in late 2013 in a bid to open up the market and curb the dominance of utility (CFE) and oil (Pemex) state monopolies.

The president’s dislike of the reform was laid bare once more at this week’s press conference, when he criticised the lack of investment by oil auction victors despite their contract wins.  “I’ve yet to hear an apology from the reform’s backers, those who said it would be a panacea. It is like nothing ever happened,” he said.

One of AMLO’s most controversial revisionist moves – the freezing of renewable auctions – has been linked to a supposed drive to protect state utility CFE. Reinforcing the premise, Energy minister Rocío Nahle said late last year a fourth tender will only be held when CFE has had the time to grow its own portfolio.

Speaking this week, AMLO himself criticised the upper hand he argued renewable players sometimes enjoy over the state utility. “These firms not only have their energy purchased but also receive subsidies,” he said. “For instance, they don’t pay transmission costs, which are instead shouldered by CFE.”

Investigating the Latin American solar state-of-play last year, a PV Tech Power feature found the Mexican market operators are reacting differently to the renewable policy u-turn of the AMLO era. Some, including a firm speaking anonymously, said the uncertainty had been damaging for their PV portfolios.

Others, including Baker McKenzie’s Marco Nieto-Vázquez, urged however to rethink negative pre-conceptions. “It’s time to be flexible, to listen beyond the show in the media, to realise that change does not mean opportunities are gone,” Nieto-Vázquez said, when approached by this publication.

The government’s refocusing on hydro as its favoured renewable technology was already apparent last year, when it acted to extend clean energy certificates meant for post-2014 renewable projects to legacy hydro and nuclear power plants.

In this, however, the AMLO agenda faced a court setback. Early last December, a federal judge in Mexico City was said to have quashed the proposed extension, delivering a victory to a raft of foreign renewable players – AES Corp, Enel, EDF and others – reportedly behind a lawsuit.