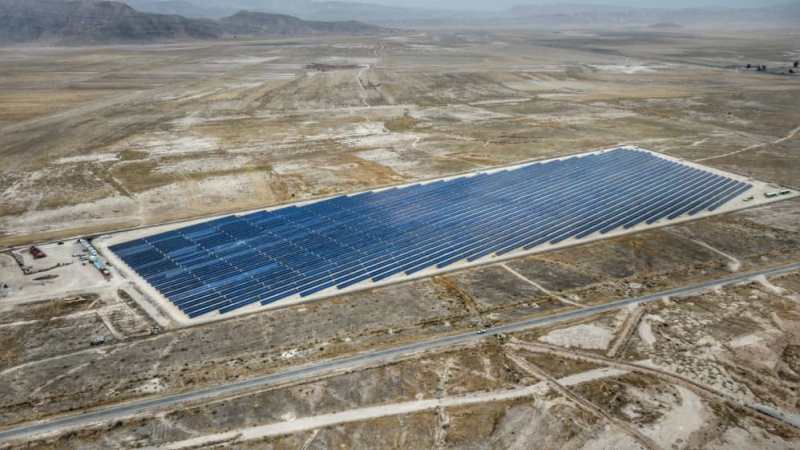 July 30: The largest private-to-private solar project in Jordan, earmarked to supply energy to Orange Jordan, has been granted US$35 million of financing from a global coalition of banks and investment funds.

The European Bank for Reconstruction and Development (EBRD) will provide the lion’s share of financing at US$15 million. The Jordan Kuwait Bank PSC will lend US$9 million, the Qatar-based Arab Jordan Investment Bank US$6 million and the Climate Investment Fund US$4.6 million via its clean technology fund.

37MW of future capacity will be spread over three parks and supply a portion of Orange Jordan’s energy demand. The project will be maintained and run for 20 years by Jordanian firm Kawar Energy, which operates more than 200MW of solar projects across the Middle East. The plants will curb carbon dioxide emissions by 41,500 tonnes annually by generating around 70GWh each year, according to the company's release.

This is the first Jordanian project to benefit from the EBRD's southern and eastern Mediterranean Private Renewable Energy Framework (SPREF), an initiative launched in 2015 to support the development and financing of business models that mobilise private finance for renewable energy projects in Egypt, Jordan, Morocco and Tunisia. The EBRD expects to dish out up to US$250 million and mobilise further investment from other parties of up to US$917 million through the intitiative.

In December 2018, the EBRD announced a US$265 million loan to Jordan’s National Electric Power Company (NEPCO) to strengthen NEPCO’s balance sheet through refinancing of existing short-term debt and to fund vitally needed investments, in a bid to bolster the grid's ability to absorb renewable power.

July 30: Iran has linked a 10GW solar plant in the southern Iranian province of Fars to its national energy grid. The plant will boost national energy capacity by 16KWh and mitigate 5.64 million cubic metres of natural gas previously destined for electricity generation, according to a government release.

July 31: A trio of Spanish entities have teamed up to deliver a 10-week technical training course in solar photovoltaic energy to engineers at Tunisia’s state-owned utility the Societé Tunisienne de I’Electricité du Gaz.

José Donoso from the trade body said in a release that the training program would support the “internationisation” of Spanish PV companies, noting that North African countries offer interesting market opportunities. Under its 2009 renewable energy strategy, Tunisia aims to deploy around 4.7GW of clean energy capacity by 2030.

May 19, 2022
Faster action should be taken to counter the threat of cyberattacks in the energy industry as professionals raise concerns about the possibility of operational shutdowns and damaged assets, according to new research from risk management and quality assurance provider DNV.