Modi and Hollande to launch global Solar Alliance at COP21 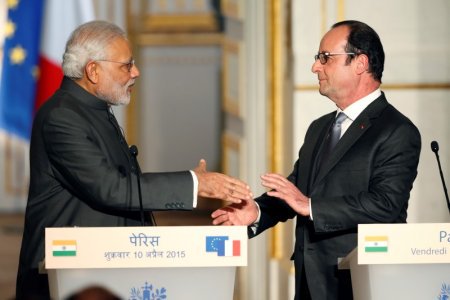 The proposed alliance, also named International Agency for Solar Technologies and Applications (IASTA), is aiming to have over 100 countries join, including US, China and France as well as countries situated between the Tropics of Cancer and Capricorn.

It will focus on giving momentum to solar energy policies, increasing cooperation over best and new technologies and bringing faster cost reductions.

As India will spearhead the Alliance, it marks a move from Modi to bring India forward on the world stage of renewable energy on top of his already highly ambitious targets of 175GW of renewable capacity by 2022.

“The proposed solar alliance may help by permitting effective exploitation of economies of scale and comparative advantages of different countries in research and development, manufacturing, innovation and finance, while also allowing them to access technology and best practices from each other.”

Tim Buckley, director of energy finance studies, Australasia at the Institute for Energy Economics and Financial Analysis (IEEFA), said: ‘’Till now, most of the foreign investments have come into India from private sources. Only around US$0.5 billion has come in through official channels, multi-lateral and bi-lateral financing agencies. Enhancement of flows from this channel will further boost the efforts of private enterprise, and the adoption of green power in India.”

Other commentators said the Solar Alliance would support developing countries in adopting renewable energy through knowledge sharing and a reduction in costs.

In the backdrop of these optimistic announcements at COP21, PV Tech also reported today that there are “severe delays” in the signing of PPAs for capacity awarded to many developers in the 2GW solar auction in Telangana.