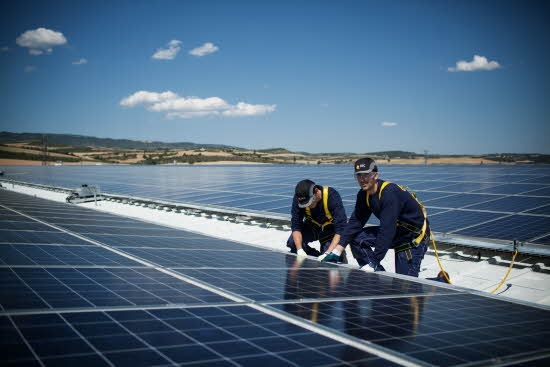 A typical solar industry conference today will see Spain put on a pedestal as one of the most exciting PV markets in the world, but a legal expert in the sector has argued that the current boom is unfortunate in many respects.

The headline figure last week was that Spain had connected more solar to its grid in the first nine months of 2019 (1,541MW) than in the last decade put together, as per new data released by grid operator Red Eléctrica de España (REE).

While many are dazzled by the breakneck speed of deployment in Spain, Daniel Perez, PPA lead and chief legal officer at green energy utility Holaluz, tells PV Tech that execution has been a failure on many levels, and he has questioned the long-term sustainability of the local industry.

Motivated by the need to hit European targets of 20% renewable energy, the Spanish government found itself in 2017 with very few projects under development and a need to increase renewable energy capacity by 8-10GW in just two and half years. Its reaction was to hold auctions with conditions that favoured huge projects, that were, in some cases, won by firms that had little specialism in solar, who then sold on much of their awarded capacity to more appropriate buyers. Such incidences have been reported by Spanish media, who described a “panic” over hundreds of megawatts granted in the 2016 and 2017 auctions, due online between January and March 2020, that are not expected to meet the deadlines.

In the July 2017 auction, solar bagged 3.9GW out of 5GW-plus in contracts. So far, only 1.5GW has been grid-connected, adds Perez, and with only 2.5 months to go, he expects less than half of the overall 8GW renewables target to be achieved. He said this likely “total failure” to meet the European target was due to the speed at which the tender was put together and its poor design. Furthermore, Perez believes that the large scale of the projects under development is suitable for countries with huge deserts like the US, but not for Europe.

Many more projects are expected to be grid-connected before the year-end, explains Jose Donoso, general director of Spanish solar association UNEF, but it is understood that several will not be constructed on time for various issues. 2019 was still a good year, he stresses, compared to last year and the seven years running up to it. He also highlights that other projects with corporate power purchase agreements (PPAs) or under the merchant solar model are also coming online outside of the auctions.

Nonetheless, there is little time left on the European target issue, says Donoso, who along with the industry is instead looking to the long-term future and pushing the government to organise new auctions as soon as possible for next year.

Indeed, stability is the second issue that Perez raises. Once Spain put a moratorium on solar in 2012, many of its best professionals had to leave to South America or Asia for work. Building 10GW starting with a short burst, followed by zero activity and then booming again was far less sustainable than adding the same capacity gradually through 1GW every year for 10 years.

“This is a not good way of doing things because at the end of the day this is not providing professionals with stability to work at this sector,” says Perez. “so [the sector] hired people then fired them. Then there's nothing and then another massive hiring of people.”

Germany’s PV deployment which had an average of 1.8GW per annum between 2013-2018, in contrast, has been far more steady, although it intends to ramp up to 5GW on average to reach 98GW by 2030, under the federal government's draft of the climate protection program, passed on 9 October.

The two spikes in Spanish solar deployment either side of the decade also mean that Spain built Gigawatts of solar in 2009 when it was at its most expensive and now it is deploying a similar amount with tariffs close to the cheapest solar in the world (neighbouring Portugal recently drew record tariffs). Having few projects in the middle range is a “question of extremes”, with average costs either the highest or the lowest, says Perez.

Perez also regrets the demise of the Spanish PV manufacturing industry and the way many European industry members had left and come back with huge salaries and expectations of only building plants of a Gigawatt capacity or more. He also warned that some companies are paying €200,000 per Megawatt for permits, which is “very expensive”. Meanwhile, there is a mismatch of many companies with permits having no capacity, and firms with capacity having no permits.

While, current problems are in play, Perez stresses that ultimately these were caused by the previous government's moratorium on solar and its retroactive feed-in tariff (FiT) changes.

Looking to the future, UNEF has called for three specific auctions next year that would resemble a more international design of PPAs and without a floor price. Donoso says this would include a price per kilowatt hour and PPA for a number of years:

Last week, the European Regional Development Fund (ERDF) offered grants worth €40 million to 55 small solar projects to be located on Spain's Balearic Islands, with a total capacity of 326MWm supporting the SOLBAL initiative.