As we selected leading cell manufacturers for PV CellTech 2017 that captured the breadth of technology, manufacturing location and company strategy in the PV industry, Astronergy was one of our top picks that was absent from PV CellTech 2016.

So, we were delighted when Shiyong Liu from the Technical and Quality Department at Astronergy (Chint Solar) accepted our invitation to present at PV CellTech 2017.

Astronergy has been one of the long-term household names in the PV industry, and one of the few companies that retained a strong global reach, after the downturn of the European market several years ago.

The company has always been at the forefront of technology, reflected in the company’s dual c-Si and thin-film strategy, before it became clear that c-Si technologies were a better option to focus on, compared to a-Si/uc-Si.

Having a diverse portfolio of c-Si cells/modules dates back to 2006 with both mono and multi c-Si cell production. The geographic coverage was effectively cemented when the company acquired the former Conergy fab in Germany back in 2013, and this led to Astronergy being regularly used by European EPCs for solar farms in Europe in the past few years. In fact, Astronergy has been one of the most successful module suppliers to Europe’s leading utility market in the past few years, the UK, and its modules are part of some of the largest solar farms made in the UK.

Astronergy has been investing strong capex levels into upgrading cell lines to both multi-busbar and PERC in the past couple of years, and retains strong levels of both mono and multi cell capacity.

PV-Tech recently got in touch with Shiyong Liu about what could be expected from the talk:

What has been the driver for Astronergy's capacity expansion in Southeast Asia?

Shiyong Liu: [The] emerging Asian countries – such as India, Thailand, Malaysia, etc. – have potential PV market[s]: meanwhile, due to the high cost in China and the anti-dumping duties in the United States and Europe, the Southeast Asia layout of Astronergy can better develop [a] greater global market for our company, and also can promote the local PV industries in these countries.

What advantages are provided from moving cell production to PERC?

What topics are you looking to learn about at PV CellTech 2017?

In the PV CellTech 2017 [event], I will focus on these topics: Is diamond wire sawing and black silicon going to dominate p-type multi roadmaps? What are the outstanding challenges for solar cell manufacturers in 2017? What is likely to come after PERC? How about heterojunction?

PV-Tech: And what a great place to end the interview: what next after PERC! Last year before PV CellTech in March 2016, many of our Technical Advisory Board were asking us this question. Of course, no-one really has the answer today, but not through lack of ideas and options.

The question frames just why it is so important to finally have a dedicated event with the main manufacturers, equipment and materials suppliers, and research institutes hearing the options, challenges and opportunities for the various choices to answer the what-next-after-PERC question.

Personally, I see PERC as just a process flow upgrade to increase efficiencies, and part of a broader picture that has seen both mono and multi cell efficiencies being increased every year in the solar industry. Just how far p-type can go, before n-type is the only route, is perhaps the most important issue for the PV technology roadmap. Nobody thought p-type efficiencies would ever reach the levels they are at today. So how high can they go? For many in the industry today, that is the big question, alongside: how low can manufacturing costs go? 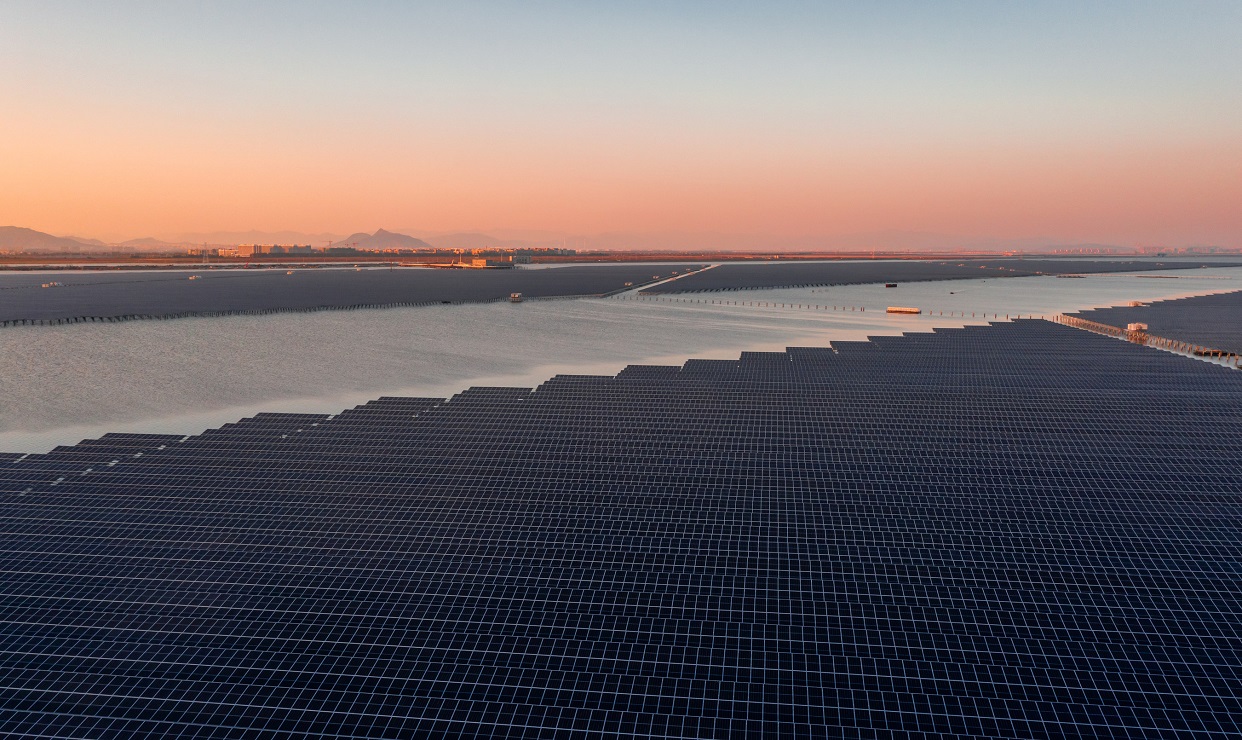 December 22, 2021
A 550MWp PV project constructed at a tidal flat area of Zhejiang province, China, has been connected to the local power grid, the company behind the plant has announced.