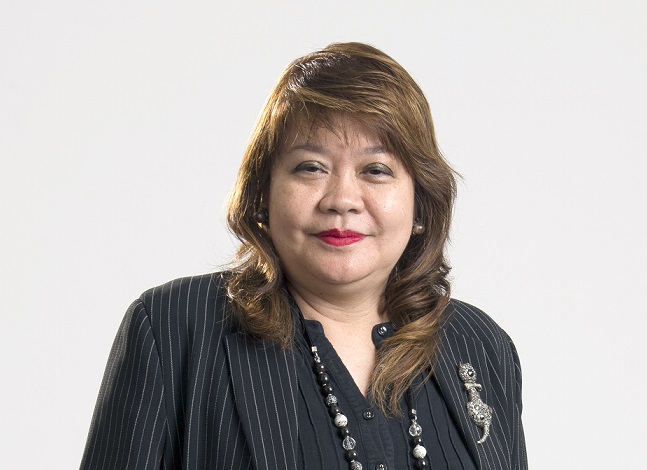 Solar PV manufacturers have been flooding into Malaysia, but its domestic solar deployment remains relatively modest. PV Tech caught up with Catherine Ridu, chief executive officer of the Malaysia Sustainable Development Authority (SEDA), to discuss the newly-launched net metering programme and what other policies could encourage solar deployment, as well as how to leverage the manufacturing boom for domestic solar gains.

Solar is still only a small generator in Malaysia. What can be done to drive it forward?

Today, the contribution of solar PV in the nation’s electricity generation mix is less than 1% (total renewable energy excluding large hydro is just 2%), while gas and coal constitutes around 84%. Malaysia being located along the Sunbelt has reasonably high solar irradiance and the technical potential for PV in the country is ‘unlimited’ compared to other renewable resources.

Among the solar industry and other related stakeholders, it is believed that liberalizing the electricity supply industry, allowing greater third-party access to the grid, rationalizing the subsidy granted to fossil fuels for electricity generation, and promoting greater distributed PV generations will help to drive the domestic market.

The levelized cost of electricity (LCoE) of PV has declined rapidly in the past few years, down 80% compared to baseline pricing in 2005. Meanwhile, in Malaysia, grid parity can be achieved if the PV market is allowed to scale up to a capacity comparable with that of thermal power plants.

Challenges include solar not being able to serve as baseload capacity and the need to manage its variability. Although the baseload concept is phasing out in some countries, within Malaysia, there is a need to convince the energy industry that the creation of an energy balancing (flexibility) market is necessary in order to address the higher penetration of solar PV in the mix.

In this respect, SEDA together with the Ministry of Energy, Green Technology and Water Malaysia are developing a Renewable Energy Transition Roadmap (RETR) 2050, which will chart the path for the country to transit from fossil fuel-based electricity generation to renewable energy. It will also contribute to CO2 emissions reduction as committed in our INDC pledge. The roadmap is expected to be complete by end of 2017.

SEDA recently unveiled a new online system for registered electrical contractors to submit NEM applications on behalf of their clients. How is net metering progressing so far?

The NEM has started implementation on 1 November this year, but the take-up rate is still quite slow at the moment, possibly because beyond 12kW capacity, the applicant has to conduct a NEM assessment study with the distribution licensee.

The take-up of NEM can be viewed on SEDA’s website. It is still too early to predict the success of NEM programme.

Malaysia is a big location for Asian firms relocating their PV manufacturing operations, but can the domestic solar PV market start emulating this growth? What policy changes could drive this change?

Certainly our domestic solar market can leverage on the huge PV manufacturers in our backyard. Nevertheless, as you’ve pointed out, we do need intervening policies to facilitate the growth of domestic PV market including a reform in the electricity market as mentioned earlier.

Among our ASEAN neighbours, the Philippines have liberalized their electricity market since 1980s with Singapore following in 2001. Other intervening policy measures should consider prioritizing the climate agenda in the energy sector where GHG emissions are greatest, greater cross-border power trading, and promoting energy storage systems (ESS). Energy storage has faced steep learning curve in the past few years; the use of ESS will help to manage the variability of solar PV, which in turn also promotes “prosumerism” and delays any costly grid upgrades due to congestion from high PV penetration.

Malaysia has run a FiT programme for solar in the last few years amounting to just over 220MW up to September and has announced another 250MW to be approved for FiT by 2020. Is this enough to drive solar PV in the country? What are the FiT details?

SEDA had approved a total of nearly 400MW of solar FiT applications of which nearly 275MW had achieved commercial operation, as of the end of September 2016. In Malaysia, the FiT is funded by a 1.6% additional charge imposed on electricity bills, although domestic consumers whose electricity consumption is not more than 300kWh per month are exempted from this. As such, the target for solar PV under the FiT is constrained by the limitations of the fund.

Beyond the FiT, there are two solar PV programmes to ensure the continuity of development of the domestic PV market: (1) Net metering for which 500MW of solar is allocated from 2016-2020 and implemented by SEDA. (2) 1,250MW of large-scale solar will be allocated in various capacity to be implemented by the Energy Commission of Malaysia.

With regards to the PV service industry, the FiT has succeeded in growing local competency and as of today, there are over 100 PV service providers registered with SEDA and these are expanding their businesses abroad.

Do you see rooftop or ground-mount as the key opportunity in Malaysia in the coming years?

Due to land constraints, Malaysia promotes rooftop applications and those that serve more than one purpose or do not compromise land development (for example floating PV and agri-solar PV farms). Under the Feed-in-Tariff (FiT), bonus rates will be granted for retrofitting or BIPV applications.

Ultimately, although there is a strong focus on solar PV due to its competitive LCoE and ability of the system to scale up with minimum construction time. SEDA believes that in order to achieve high renewable energy contribution in the energy mix, it is important to promote other renewable resources.

Additionally, the other renewable resources (such as biogas, biomass, and hydro) to perform energy balancing, which solar PV requires. Last but not least, energy demand management will play an integral role together with appropriate energy price signals (via Time of Use – ToU) in our energy transition.

Catherine Ridu will be speaking at Solar & Off-Grid Renewables Southeast Asia 2016 as it returns for a fourth year in November. This is the distinguished, must-attend event for solar PV companies looking to secure profitable business across the booming Southeast Asian market. Co-location with our established Solar Finance & Investment conference provides an additional day of bespoke content and offers a deeper dive into issues around clean energy financing and long term capital investments across the region. Click here for more information and to register.