R&D efforts in solar energy shift to modules and systems 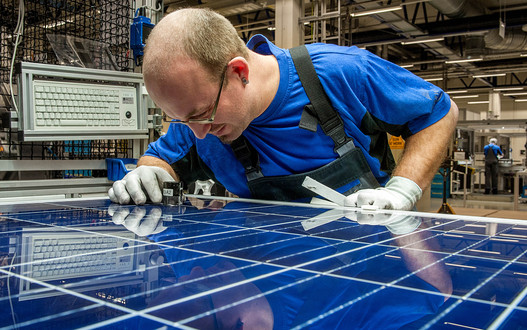 In discussing the potential of solar energy, the subject is usually ever-higher efficiency records for solar cells. These performances – the cornerstone of solar cell research today – are measured in a test set-up under standard conditions and the results are expressed in watt-peak (Wp). But just as the top speed of a car doesn’t tell you how quickly you may get to the office in the rush-hour, the watt-peak of a solar cell tells you little about how much energy it will produce in practice.

On the broader energy market however, what really matters is the total cost of the electricity produced. This is calculated by dividing all of the costs of a system (investment and maintenance) by the output (annual actual energy output times the number of years in use). This figure – euros per kilowatt-hour – can then be used to compare all types of energy systems, whether they are sustainable or not.

Optimising this total cost of energy is gaining a growing awareness in the PV world, away from forever seeking to achieve new watt-peak records for cells. In terms of R&D, it is a genuine paradigm shift that will involve important changes, including paying more attention to modules and systems.

From cell to module

Today, when assembling cells into modules and systems, the main goal is to keep the cost of the end-product as low as possible. The fact that in doing so up to 20% of the potential of the cells is lost is usually viewed as unavoidable. These losses are due to placing the necessary conductors on top of the cells, the additional glass plate on top of the module that partly reflects the sunlight, etc.

Over the service life of the modules, however, that loss has a major effect on the quantity of energy generated – and hence also on the total cost of the energy. According to our estimates, the loss in absolute efficiency could be limited from 3.5% now to around 1.5% by taking a number of measures at the module level. In addition, this is a gain that can be made at a lower cost and effort than a comparable gain in the development of more efficient cells. Which is why research centers such as imec channel part of their R&D efforts in this direction.

But even when taking these steps, we are still talking about efficiency improvements measured under ideal conditions – conditions that do not occur very often. Variable cloud cover, temperature and light conditions provide an effective energy yield that cannot simply be deduced from the efficiency of the modules used. So, on top of the efficiency-improving measures, can’t we come up with techniques for dealing with these variable conditions?

One important problem is that we do not have accurate models – i.e. models capable of telling us how much energy a system with a particular configuration will generate in a realistic set-up and location. Existing models have difficulties coping with variable weather conditions, both in terms of temperature and cloud cover. They are better suited for making forecasts over longer periods in which any fluctuations are evened out.

To enable such accurate output calculations in a simple, scalable way, imec researcher Hans Goverde recently developed a new model in the frame of the Flemish Smart-PV project. The model, as a first, takes all the relevant parameters into account, including non-uniform weather conditions, light conditions, the operating temperature of the module and the ventilation (e.g. wind), or the thickness and transparency of the glass. Not only are parameters at a cell level taken into account, but also those on the level of the module and the system as a whole, including for example the way the cells are connected and linked up.

The new model is suitable for predicting, from hour to hour, the output of a solar power unit in kilowatt-hours (kWh), using weather forecasts and location. In the future, predictions such as these will be essential for balancing the various energy sources in smart energy grids.

But even more importantly for R&D, the new calculation model can also be used in ‘what if…?’ scenarios.

For example: what if we use a different type of glass for the module? That may alter the amount of sunlight that hits the cell, which is revealed by a watt peak measurement. But it may also change the operating temperature of the modules, which is essential both for the service life and the output of a system. With our new calculation model, we are able to see what advantage (or disadvantage) this type of new material will deliver. And it can be done beforehand, without having to build a module and installing it in various locations to monitor it over a longer period.

So the trend is to put more effort into achieving greater output and longer service life for modules and systems. One of the aspects where a significant gain is expected is improving the interconnection of cells, through research in materials and interconnection schemas.

It is essential, for example, to find new metallisation schemes that can be applied with a low thermal stress, an issue that will gain importance as the silicon becomes thinner and hence more prone to cracking. Next to new materials with lower soldering temperatures, another road is to apply a finer metallisation, for example 15 thin round wires instead of the three rectangular busbars usually used. Such round wires have the additional advantage of allowing allow more light to reach the cell compared to rectangular wiring.

And once we have fine wiring on the cells, we’re just one step away from having finely-meshed interconnections between the cells. Various companies and R&D groups are working on sheets with built-in wiring to which the cells can be attached. Lay-outs such as these may have many advantages. For instance, the connection between the cells can be made more reliable: a single failing wire will not render the whole module unusable. It is also possible to make wiring sheets that are optimised for a particular situation or customer. This might include a module with cells where there is space in between, or which have a particular interesting pattern.

Modules are usually assembled locally, close to the end-user. The companies involved can now take this trend a step further: they may start looking to flexibly design module solutions that optimise the output according to the actual use and situation. Essential in this evolution will be to have an accurate computer model that is able to predict the output of system configurations, allowing parameters to be set for the materials used, connection topologies and variable conditions of use. 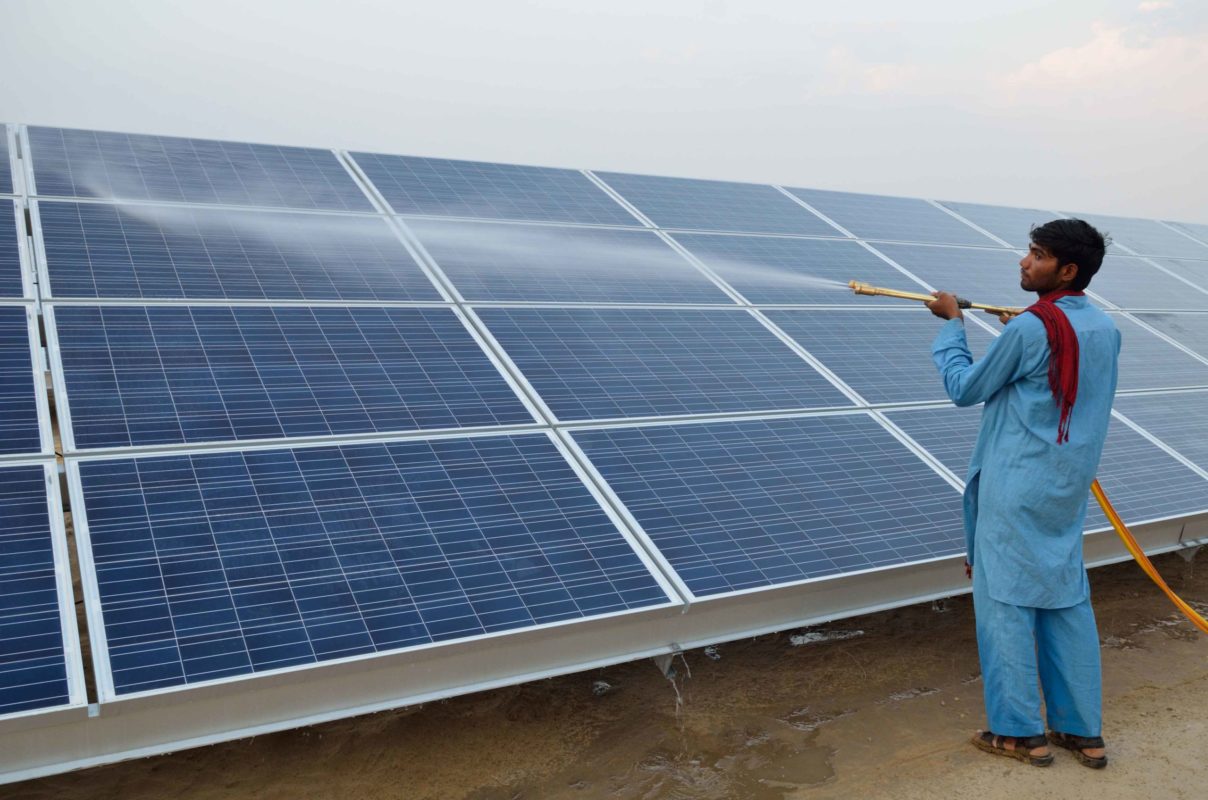 June 5, 2017
Solar O&M providers need to better communicate to investors the value they are adding to projects through data management and digitalisation, according to IBC Solar's director of O&M. 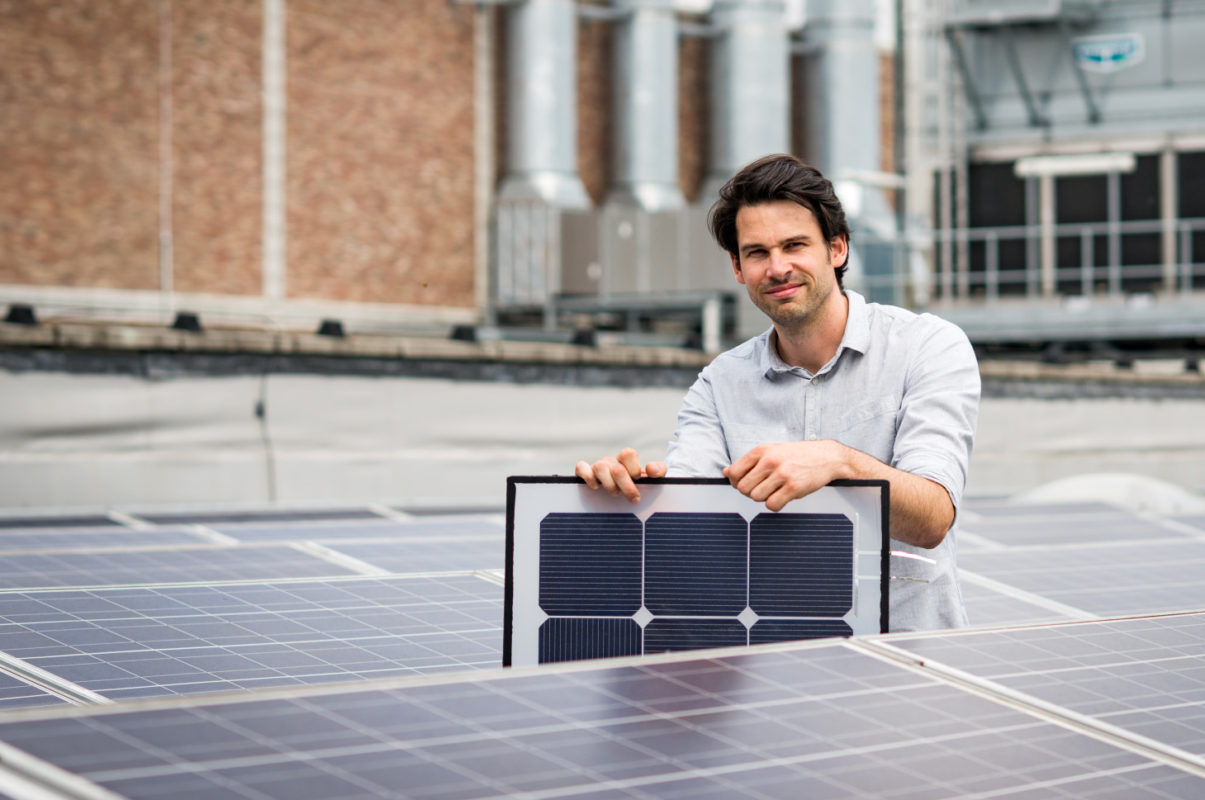 May 30, 2017
Imec and EnergyVille are introducing new simulation software that accurately predicts the daily energy yield of solar cells and solar modules under varying meteorological and irradiation conditions at Intersolar Europe. Imec’s model combines optical, thermal and electrical parameters to provide detailed insight on thermal gradients in the solar module.