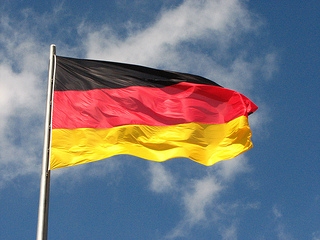 Renewables contributed some 43% of electricity consumption in Germany in the first nine months of 2019 – a new record – however doubts remain over the country’s chances of meeting future targets.

New research compiled by both the Centre for Solar Energy and Hydrogen Research Baden-Württemberg (ZSW) and the German Association of Energy and Water Management (BDEW) produced the figures.

That analysis shows that, in the first three quarters of the year, solar, wind and other renewables produced around 183 billion kWh of power, eclipsing the 125 billion kWh generated by lignite and bituminous coal-fired plants in the country.

While Stefan Kapferer, chairman of BDEW’s general executive management board, described it as “gratifying” to see renewables’ contribution to German power demand grow so strongly, he warned the figures “stand in sharp contrast” to the “dramatic situation” in the growth of renewables in the country.

“We are sliding into a real recession for a lack of land and increasingly prohibitive distance regulations. If politicians don’t ease off the brakes on the expansion of wind farms, we are going to fall well short of the 65 percent target,” he said.

Earlier this year Germany increased its renewable energy target, aiming to derive just under two-thirds of its total electricity demand from renewable sources by 2030. This was followed swiftly by chancellor Angela Merkel rubber-stamping a new climate package establishing an increase solar PV capacity target, opening it up to 98GW by 2030.

With wind progress stymied, Dr. Frithjof Staiß, managing director at ZSW, said the country will need PV as a “second pillar” towards its renewables target.

However, Staiß is adamant that current installation rates will have to accelerate, and soon.

“If the photovoltaic expansion doesn’t start picking up speed soon, we are only going to make it halfway to the recently set goal of doubling the installed capacity to 98 gigawatts in eleven years. This is why we also need effective measures to drive the expansion of solar power,” he said.

27 June 2023
Join us in London for 2 days as we look at the UK’s new landscape for utility & rooftop solar. Understand the new opportunities within this GW-plus annual market!
decarbonisation, germany, renewables, solar pv