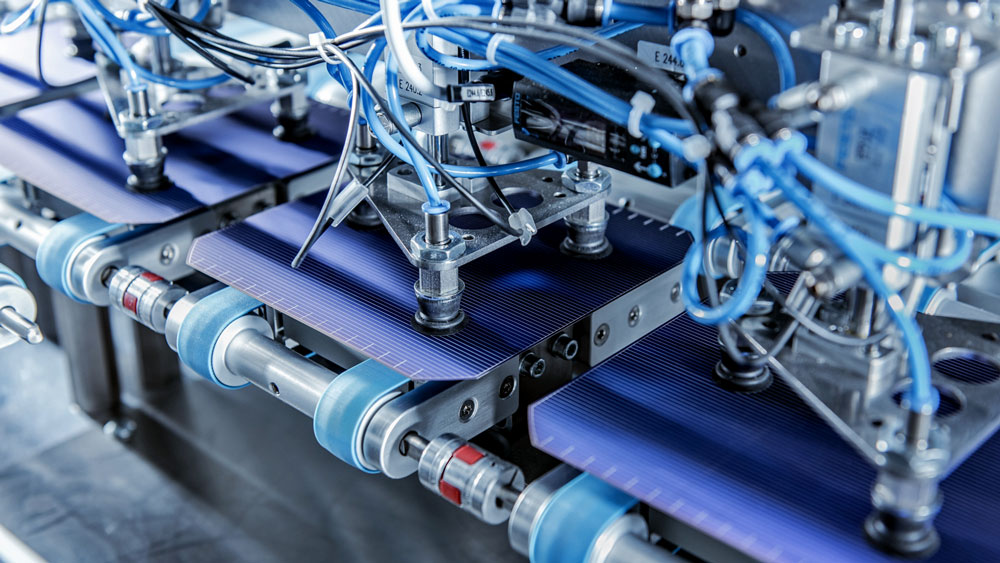 There is an elephant in the room when it comes to the second quarter of 2020. Whilst this year has seen numerous milestones reached when it comes to the solar sector, it remains a simple fact that COVID-19 hit this quarter the hardest, resulting in slowdowns, shutdowns and various impacts on the supply chain.

Analysis from Wood Mackenzie in April found that as much as 2GW (dc) of utility-scale PV projects could suffer various delays over the year due to COVID-19, with some in the sector suggesting the plummeting power prices seen in Europe as a result of the lockdowns could dampen investor enthusiasm for subsidy-free solar. Prices of €20/MWh were seen in Spain, as well as €32/MWh in Italy as Q1 came to an end in March, throwing uncertainty over project finance. Alessio Cipullo, head of European Affairs and Studies at Italian association Elettricità Futura, pointed to how there were questions over what “merchant investments and grid parity investments will look like with such weak prices”.

Away from COVID-19, there were other concerns to contend with. The quarter was one in which research was released by Dupont Photovoltaic Solutions that identified a rapid increase of cracking in PVDF (Polyvinylidene Fluoride) backsheets. This was notable in the overall outer layer cracking rate of PVDF backsheets, which had increased four-fold (from 5 to 23%) in module arrays in the field for between four and nine years, according to Dupont.

However, Q2 was certainly not all doom and gloom for the solar sector. In May, investment bank Roth Capital suggested a V-shaped recovery was on the cards for the US residential solar market, and it was widely discussed – and strongly recommended – that renewables – solar PV included within this – could help drive a green recovery from the pandemic. In Europe in particular, this call started to gather steam in Q2, with SolarPower Europe joining nearly three dozen other associations in urging the EU to ensure recovery measures followed the principles of the European Green Deal.

The quarter also saw huge gains made when it comes to the costs of both solar and renewables. Research from BloombergNEF found that utility-scale solar and onshore wind new builds had become the cheapest option in countries home to two-thirds of the world’s population, with solar’s levelized cost of electricity (LCOE) being pushed below US$30/MWh. The LCOEs for storage batteries were also reported to have fallen to US$150/MWh, half the figure reported two years back.

Meanwhile, Abu Dhabi claimed the world’s lowest tariff for solar for its 2GW Al Dhafra project, with the first-ranked bidder out of five tendered for the project setting their price at US$0.0135/kWh. This came in cheaper per kilowatt-hour than the previous solar record of US$0.0164/kWh, claimed by a bidder in Portugal’s major solar tender in 2019.

Favourable policy decisions were also made in Q2. In the US, measures designed to support solar and other renewables in the US were proposed within a landmark US$1.5 trillion infrastructure investment Bill, tabled by House Democrats. Prospective measures outlined in that bill included a modernisation of energy infrastructure, including an investment of more than US$70 billion to help modify grids to accommodate more renewable energy sources, a commitment to “reinvigorate” the country’s commitment to clean energy by building on existing tax incentives, and promoting green energy and energy efficiency projects that adopt high-road labour practices. The US’ policy framework would draw into sharper focus later in the year, of course.

In June a 20% levy on imported solar modules, cells and inverters was proposed to come into effect from August in India, a move designed to help stimulate domestic manufacturing. However, this decision would be cited as a blow to Chinese inverter manufacturers which, according to research compiled by JMK Research & Analytics, had come to dominate India’s rooftop solar inverter market.

Continuing on the finance theme, research from the Solar Energy Research Institute of Singapore (SERIS) found that combining bifacial solar modules with single-axis trackers remains the most cost-effective path for developers across much of the world. They modelled the performance of various solar designs based on NASA irradiation figures, with the results, which were checked against field data, showing that mixes of bifacial and single-axis trackers carried the lowest levelised cost of electricity (LCOE) across 93.1% of the areas under analysis.

Meanwhile. Meyer Burger announced plans to start exclusive heterojunction solar module manufacturing in the first half of 2021, with the intention of raising CHF165 million (US$173.4 million) to do so.

It is clear that whilst COVID-19 dominated the headlines during Q2, the quarter was also one of great progress. Low demand and sunny weather led to high levels of solar generation in many countries and the sector emerged from a quarter full of uncertainty and unprecedented barriers with a greater resilience than when it entered. Q2 laid the foundations for what was to follow in H2, with promises of green recoveries and project completions on the horizon.

15 September 2022
Bifacial PV modules will be the dominant solar PV technology globally within one or two years; in the utility-scale sector, their market share is already above 70%. This webinar will provide a clear view on the successful implementation of bifacial technology, maximizing system performance and minimising LCoE.
abu dhabi, bloombergnef, bos, covid-19, dupont, heterojunction, jmk research, lcoe, meyer burger, review of the year 2020, roth capital, seris