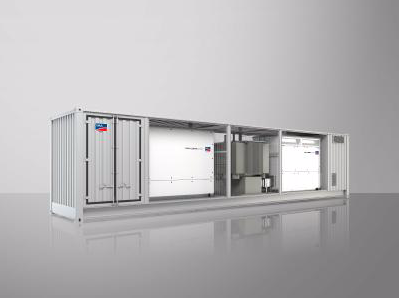 “Vietnam is one of the key markets for SMA in Southeast Asia,” said Boris Wolff, EVP of the Utility business unit at SMA. “In the last few years, we have seen a strong commitment from the Vietnamese government as well as the growing market demand in the solar sector. Thanks to SMA’s technological advancements, the various stages of project execution have been eminently simplified. A major feature to aid this is the MVPS, a true outdoor plug and play container solution which ensures faster and safer transportation and commissioning. The Sunny Central inverters are designed, engineered and manufactured in Germany and undergo severe testing processes. With its patented OptiCool cooling system, they are true outdoor inverters ready to face the crucial challenges posed by demanding environmental conditions.”

Hevel supplies 105MW of HJT modules to T Plus

Hevel Group has supplied 105MW of its heterojunction solar modules to completed projects in Orenburg by Russia’s largest private heating and electricity generation company T Plus.

Construction of the 60MW Sorochinskaya SPP and 45MW Novosergievskaya SPP projects started in February 2018 and was completed ahead of schedule.

Indian PV firm Tata Power Solar, a subsidiary of power giant Tata Power, has launched a complete residential rooftop solution in Bhubaneswar, having announced its rooftop offering for India back in September.

The residential rooftop solutions are expected to save consumers up to INR 50,000 (US$700) annually for 25 years.

Praveer Sinha, MD & CEO, Tata Power, said: “After our successful launch in Delhi, Mumbai and Ajmer, we are happy to offer solar rooftop to generate easy and cost-effective solutions for the residential consumers in Bhubaneswar now. We urge all Bhubaneswar customers to take full benefit of this service.”

December 10, 2021
Singapore-based energy company Sembcorp Industries has signed a collaboration agreement with Bamboo Capital Group (BCG) for the development of 1.5GW of renewable projects in Vietnam