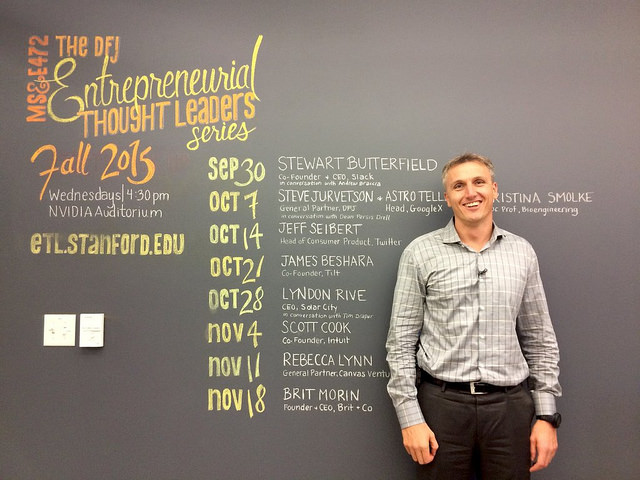 Lyndon Rive, founder and former chief executive of SolarCity has announced that he is leaving Tesla, the residential solar giant’s new owners since November.

Tech-heavy EV maker and energy storage vendor Tesla purchased SolarCity, comfortably one of the US’ top three solar installers, for around US$2.6 billion last year. At the time Lyndon Rive and brother Peter Rive were CEO and CTO of SolarCity respectively, while cousin and Tesla CEO Elon Musk also sat on the SolarCity board.

Rive told Reuters in an interview on Monday that he is keen to start a new business and to spend more time with his family on leaving his role. He had been in a sales and servicing executive role at Tesla since the takeover, with remaining SolarCity employees to take over his duties, Reuters said.

The news comes at a busy time for Tesla-SolarCity, having just opened ordering for its much-hyped solar roof tiles, and production of the ‘affordable’ Model 3 slated to begin later this year. Meanwhile SolarCity chief policy officer Jon Wellinghoff, a former Federal Energy Regulation Commission (FERC) head, left the company in April to work at a distributed energy resources (DER) consultancy.

PV Tech reported that the merged Tesla-SolarCity made significantly lower than guided installation figures in Q4 2016, the first quarter since the integration took place, with Tesla claiming it would “prioritize cash preservation over growth of MW deployed”.