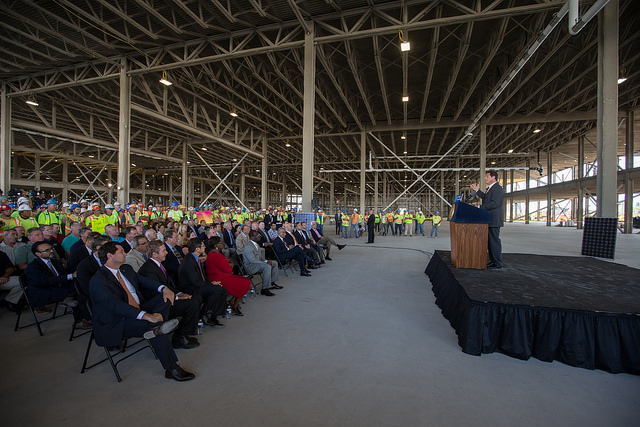 SolarCity’s request that its Silevo modules be excluded from the scope of the US trade case against Chinese products has been rejected in a preliminary ruling made on Monday.

The company had argued that its 'Triex' solar cells are a thin-film technology and should not be included. SolarWorld, the petitioner in the case, argued that the cells have a crystalline silicon substrate and should be added. SolarCity argues that the amorphous-silicon layers added to that substrate determine the type of cell Triex technology represents. Both sides presented large volumes of technical information to the Department of Commerce.

A final decision will be made on 23 June with an opportunity for further comments on the case extended to 25 April, for comments supporting the decision, and 5 May for comments rebutting the preliminary ruling.

SolarCity was not available for comment at the time of publication. In a statement issued to PV Tech prior to the preliminary ruling, a spokesperson said:

“The Silevo modules are manufactured with a c-Si substrate, but the substrate is not what defines a cell. In production, numerous a-Si thin film layers are applied to the substrate to create an a-Si thin-film product, which is outside the scope of the Orders.

“SolarCity acquired Silevo in part to significantly expand solar manufacturing in the US – we’ve already moved Silevo’s R&D and pilot manufacturing to California from China and we’re building the largest solar manufacturing facility in the Western Hemisphere in New York. SolarWorld offers an inferior product, and are trying to protect their own selfish interests by attempting to make other solar technology more expensive for customers,” they added.

Any Silevo products imported from China to the US would have to pay duties upfront at customs reducing the competitiveness of the product. SolarCity's Riverbend facility in Buffalo, New York will produce Silevo solar cells and modules by volume making their inclusion in the case dependent on where its cells are produced and the amount of transformation work done to any wafers that it imports into the US.

4 October 2022
Solar & Storage Finance USA, the only event that connects developers to capital and capital to solar and storage projects, will be back in November 2022.
a-si thin film, c-si manufacturing, china, riverbend, silevo, solarcity, solarworld, usa